For three weekends in June the Paul Taylor company was up on Claremont Avenue at the Manhattan School of Music, one-time home of Juilliard, performing all six of Taylor’s Bach works, plus premieres to Bach by Pam Tanowitz and Margie Gillis. The idea was weighty; the music (the Orchestra of St. Luke’s) superb; the surround—the restored art deco theater with a ravishing gold curtain—beautiful; the dancing exemplary.  So why were so many of us sad? Not simply because we’re still grieving for Paul Taylor, gone now for almost a year, but because this was a farewell to six Taylor dancers—six!—who are moving on to other if not better things.

We Taylor-lovers should be inured by now: we’ve survived the loss of Bettie de Jong, Carolyn Adams, Ruth Andrien, Kate Johnson, David Parsons, Christopher Gillis, Dan Wagoner, Annmaria Mazzini (I barely survived), and a host of others, including of course Taylor himself—a towering presence. And I know we’ll come to terms with the departure, now, of such major figures as Laura Halzack, Michelle Fleet, and Parisa Khobdeh. But I also know that I for one will never come to terms with the loss of Michael Trusnovec, to my mind the finest American male dancer of the past decades. After more than twenty years with the company, he’s leaving with his powers undiminished.

What makes him so exceptional? Not his physical or technical qualities, although they’re remarkable, but the profound nature of his art—the utter absorption of his self into his roles, the absence of ego, the modesty, the devotion. I have never seen him flirt with the audience, over-act, under-perform. And his range! From the joy of Esplanade to the hell of Last Look; from the grandeur of Brandenburgs to the jauntiness of Company B; from the sexiness of Piazzolla Caldera to the tragic nobility of Beloved Renegade. He’s a beauty without being beautiful, a star without being starry, both a company man and a loner. Although a host of new dancers have joined the company—all of them first-rate—there is no one of his potential, just as there was no precedent for his quiet genius.

In the final program he danced in Cascade and Brandenburgs, working with the concentration and freshness he has always manifested. It was a mistake to close with Cascade; it’s a more recent and slighter piece than Brandenburgs, which came first and ends with Trusnovec at his most majestic and arresting. But then we had the curtain calls—the audience and his fellow dancers pelting him with flowers. He was moved, of course, but he was also embarrassed, almost bashful. Perhaps what, finally, we love most about him is what we take to be his character.

As for this mini-season itself, there was a very early work, Junction—Taylor playing around while finding his feet. And the late Promethean Fire in a supremely moving performance—particularly intense on the Manhattan School of Music’s somewhat restricted stage. Yet again we see what Paul Taylor found in Michael Trusnovec and what Trusnovec found in him.

As for the Tanowitz and Gillis works, both were valid, both need to be seen (as they will be this fall) on the large stage of the Koch Theater. As will those wonderful non-Bach Taylor pieces Sunset, Cloven Kingdom, Syzygy, Diggity, Airs, Aureole, Piazzolla, Scudorama, Private Domain. All of them, alas, without Michael Trusnovec. 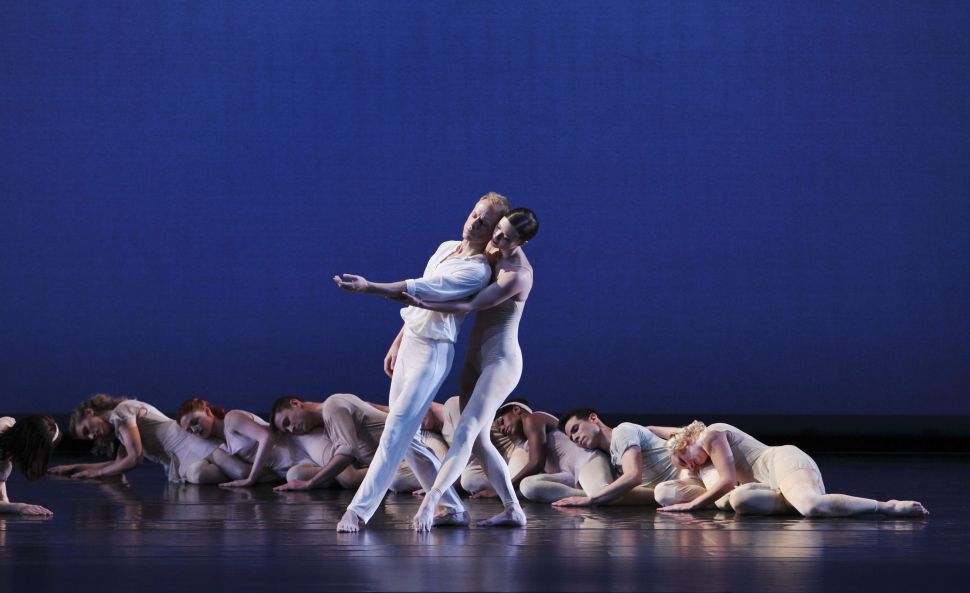