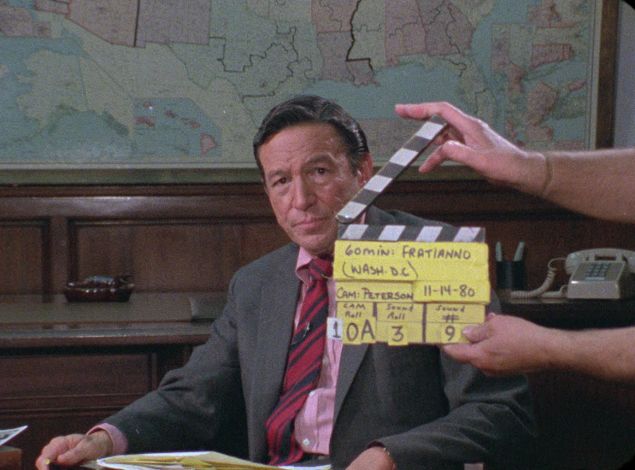 Do those individuals who are utterly dedicated to their work—the ones who sacrifice time with spouses, children and most everyone else they are not tied to professionally in the process of doing their jobs—leave behind anything that reflects who they really were? Or is it all just a pile of paper—or in the case of the cigarette pitchman turned legendary 60 Minutes interviewer Mike Wallace, miles and miles of film and video tape?

In the documentary Mike Wallace Is Here, stitched together from the raw footage of this subject’s seven decades of broadcasting, Israeli filmmaker Avi Belkin makes a stirring argument that it does.

SEE ALSO: Colonial Thriller ‘The Nightingale’ Is Brutal and Difficult—That’s Why You Should See It

You can see Wallace’s latent insecurities when he wrests forth from Barbara Streisand her inner fears, and leaves his own esteem issues on the table. (“I hate you with a passion,” she sneers  at him, only half joking.)

His pigheadedness is displayed in the cocky brashness of former Fox News outrage machine Bill O’Reilly, who in one moment calls Wallace a mentor and the next berates him as an out-of-touch dinosaur.

And you see his lifetime of regrets when screen legend Bette Davis talks about sacrificing all relationships in pursuit of a career. (Davis, as Wallace does—particularly in the early footage—smokes a cigarette in the clip; between this film and Once Upon a Time…in Hollywood, this is an epic weekend for smoking on screen.)

Belkin uses entirely existing footage to tell a story not just of a man’s life but also the evolution of broadcast journalism. It’s both a novel choice and a largely effective one. Primarily, it works because there is so much footage from which to cull; indeed, there may not be a person who spent more of his waking life in front of a camera than Mike Wallace.

Credit also goes to the dizzying and kaleidoscopic authority with which Belkin and his editor, Billy McMillin (Amy Berg’s 2012 documentary West of Memphis), are able to piece it all together. Often using a split screen  and getting generous usage out of scratchy film ends and clapperboard shots, Belkin constructs an invigorating and cinematic way of presenting television footage.

Because he was famous for the entirety of his adult life, Wallace was not just inquisitor but also a regular subject of inquiry, often being questioned by professionals every bit as hellbent on reeling in a big fish as he was. These include Barbara Walters, who seemed to particularly savor her opportunity to grill Wallace, and Morley Safer, who kicks off his interview with his longtime 60 Minutes cohost with such a winner of a question that I’m stealing it for my next profile: “Why are you sometimes such a prick?”

One of Wallace’s prick-ish qualities was that he didn’t like sharing credit with the many producers who procured his gets, marshaled the research for which he was famous, and even wrote many of his storied hard-hitting questions. Were he with us today, Wallace would have been elated that Belkin chose to leave them almost entirely out of this narrative.

The one producer who does get name-checked is the late George Crile, the man behind a 90-minute documentary about the military’s efforts to distort the narrative about Vietnam, drawing such ire that General William Westmoreland (the commander of U.S forces in the region) filed a $120 million libel suit against CBS. While Westmoreland withdrew his suit midtrial, the episode sent Wallace into a spiral of depression that included a suicide attempt.

The dark clouds that hovered over Wallace despite his success are ever-present in Belkin’s film. They originated in a humorless Brookline childhood that was marked by bad acne and intensified with the 1962 death of his oldest son, Peter. (His other son, Chris, who along with Shep Smith is an occasional voice of sanity at Fox News, didn’t really know his biological father until his late teenage years.)

The other shadow that darkens the film is the sorrowful state in which Wallace left broadcast journalism when he retired from 60 Minutes in 2006. Because of that show’s massive success, network news went from being a public service loss leader to a profit center. It was a short hop from there to the reporting-light, talking head–heavy, highly partisan shoutfests that dominate today’s cable news channels.

Or as Wallace puts it in the movie, “A nation’s press is a good yardstick of a nation’s health.” Today, our journalism—like our nation—is divided and deeply distrustful of the other side.

While the man in the title may have played a part in ushering us towards this unfortunate state, Mike Wallace Is Here is nonetheless a refreshing return to a more promising era when a swashbuckling, nicotine-huffing newsman made powerful people sweat for our collective edification. 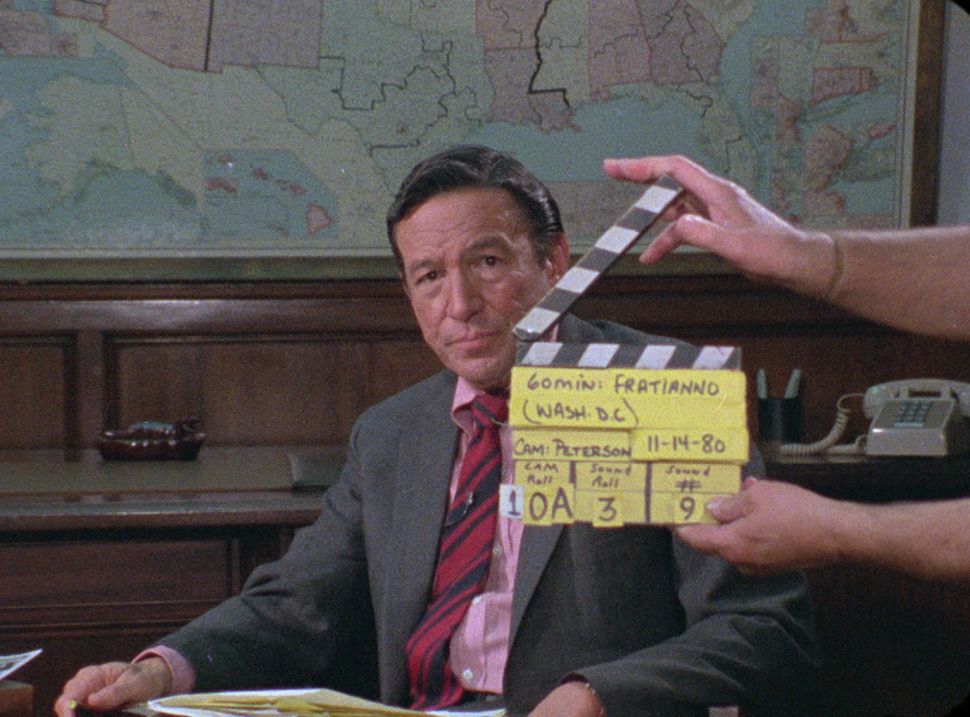