From the perspective of certain enthusiasts (like Carrie Bradshaw), shoes are the ultimate form of beauty, inspiring intense passion and perhaps even the willingness to camp out overnight to snag a limited edition pair. Which is perhaps why a recent footwear auction held by Sotheby’s entitled “Stadium Goods: the Ultimate Sneaker Collection” almost immediately got so weird. This week, it was reported that a rare “Moon Shoe” made by Nike was bought for a record-breaking $437,500 by a collector named Miles Nadal, who also happens to have bought every other shoe up for sale in the auction. Let’s explore that, shall we?

First off, this Sotheby’s auction was pretty unique in terms of its offerings. In collaboration with the company Stadium Goods, the auction house offered up 100 pairs of shows in total on the sale block, which included rare black Chanel x Pharrell x Adidas NMD Hu sneakers, Travis Scott x Air Jordan 4s and Nike Air Mag releases spanning between the years 2011 and 2016. Nadal, as has been previously stated, bought them all. First, he shelled out $850,000 in a private sale for every pair except the Nike Moon Shoes, because the auction house decided to keep the pair up for public sale But when the day came, Nadal won the lot, and set a record for the most money spent on a single pair of sneakers ever (the previous record being $190,373 for signed Converse worn by Michael Jordan). In total, that’s $1,287,500 dropped on what’s perhaps the spiffiest sneaker collection on the globe.

SEE ALSO: The Met Museum Restaurant Is Taking an Artistic Approach to Tomatoes

This 1972 Nike Waffle Racing Flat ‘Moon Shoe’ sold today for $437,500, setting a new world auction record for any pair of #sneakers. Offered in collaboration with @StadiumGoods, this historic shoe was a highlight of a now 100% sold selection of #footwear from their famed Trophy Case. Other highlights included the most exclusive and coveted sneakers ever produced by Nike, Air Jordan, Adidas, Yeezy and more, spanning over 15 years of the most sought-after, limited edition drops in sneaker history. #SothebysStadiumGoods #Nike #MoonShoe

This total price isn’t exactly staggering, considering how much cash people are dropping on racing pigeons and paintings of SpongeBob SquarePants. However, luxury retailers have known for a hot minute that sneaker enthusiasts will pay through the nose on the resale market for new (or rare) offerings, which is true when it comes to other varietals of streetwear as well: the Supreme resale market is by now so vast and saturated, someone once wrote a novel about it. Plus, it’s already been established that sneaker resellers themselves have solid gold on their hands. One of the most successful sneaker entrepreneurs in the world is a 20-year-old kid who goes by Benjamin Kickz, socializes with Drake and manages an insanely lucrative resale business.

Nadal must have assumed that a collection like this will only increase in value, which is probably true. Furthermore, since he was forced to pay $5.5 million in civil penalties and quit his job as CEO of MDC Partners amid an SEC investigation in 2015, he also probably knows that it would benefit him to find as many novel sources of income as possible. Yikes! 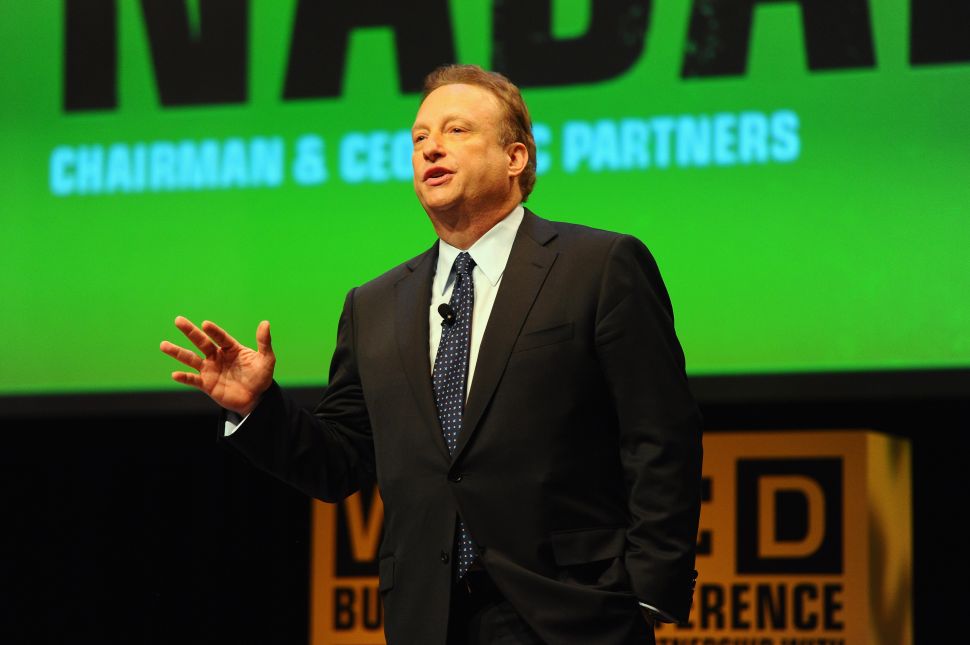