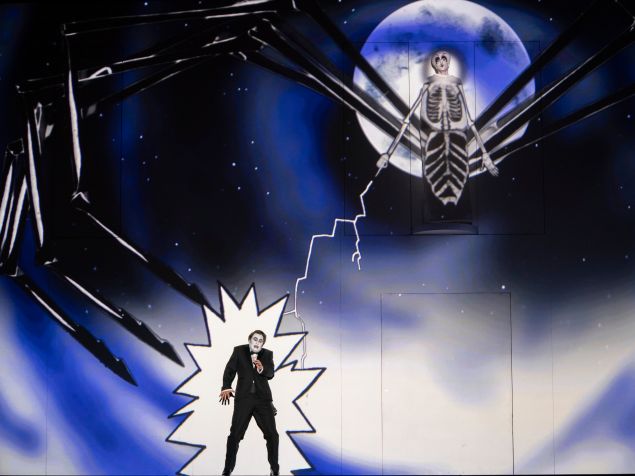 With a few exceptions—the works of Richard Wagner being the most significant—the composition of an opera requires at least two people, composer and librettist, to create, respectively, music and words. A genuinely successful opera production respects both these contributions. So, I’m sorry to say, a presentation of Die Zauberflöte (The Magic Flute)—with music by Mozart, of course, and libretto by Emanuel Schikaneder—at Lincoln Center’s Mostly Mozart Festival on Wednesday night can at best be called an interesting failure.

The chief disappointment was the jittery and trivial staging by acclaimed director Barrie Kosky. I have very much admired his work in a wide range of repertoire from West Side Story to Moses und Aron, but in this Zauberflöte he has delivered an upper-middlebrow entertainment that fails to address the humanity and profundity of this masterpiece.

SEE ALSO: Teatro Nuovo’s ‘La Gazza Ladra’ Delivers a Lot of Rossini, All of It Top-Notch

The style of the production is based on various types of classic animation, Merrie Melodies meets Gerald McBoing-Boing. Live performers interact with projections rather in the style of the film version of Mary Poppins: a live Monastatos menaces a live Pamina with cartoon dogs, for instance. The quality of the animation and the synchronization are both excellent.

The problem, though is that the animation skims over Schikaneder’s scenario. It’s also far more visually rewarding than the movements of the live performers. So, for instance, soprano Audrey Luna’s precisely agitated coloratura singing as the Queen of the Night is uncoupled from her physicality: all we see of her is her head (made up with an enormous bald dome), with the rest of the character’s body delineated as a monstrous spider.

So the character, set up by Schikaneder as ambiguous and mysterious, is reduced to a two-dimensional comic book monster. She doesn’t even seem to be a credible menace and so her “vengeance” aria loses its dramatic punch.

Similarly, the character of the wise magician Sarastro reads as a cipher, an impotent old man in a Victorian frock coat who stands off to the side of the stage and sings some very beautiful music—while “adorably” eccentric robots cavort incessantly. The superb bass Dimitry Ivashchenko intoned this sublime music with a gorgeously even scale and subtle legato, not that you were likely to notice.

Pamina fares better, assigned some nice spunky business, but even she is flummoxed when her exquisite lament “Ach, ich fühl’s” has to compete with an animated snowfall that seems to mock her grief.

That seems particularly unfair since soprano Maureen McKay sang the piece with such elegant simplicity, an extension of the confident dignity and charm she brought to all Pamina’s music. As the hero Tamino who is tasked with rescuing her, tenor Julien Behr sang correctly, if a bit stiffly.

But, again, he was sabotaged by the pseudo-cleverness of the production. Instead of the titular Magic Flute with which Tamino can exercise his superpower of making music, this show gave him a magical sidekick who was constantly rescuing him. This “character,” a winged fairy that looked like Delphine Seyrig posing for an absinthe ad, returned in the finale of the opera to dart about like Disney’s Tinker Bell, while Tamino and Pamina made out below.

The real protagonist of this odd version of Zauberflöte was the comic sidekick Papageno, here pushed front and center in practically every scene. Baritone Rodion Pogossov had the presence and comic chops to bring off the production’s silent comedy take on the character. But vocally he was in a sorry state, constantly out of tune in the first act, and drearily monochromatic in the second.

Though Kosky was the focus of publicity for this presentation, the real attraction here was the orchestral playing, brisk, clear and brilliant by the Mostly Mozart Festival Orchestra. After a rather pensive overture, Louis Langrée launched into a performance marked by quick, precise tempos. He created a Zauberflöte of vigorous youth, in contrast to the fidgety childishness of the staging. 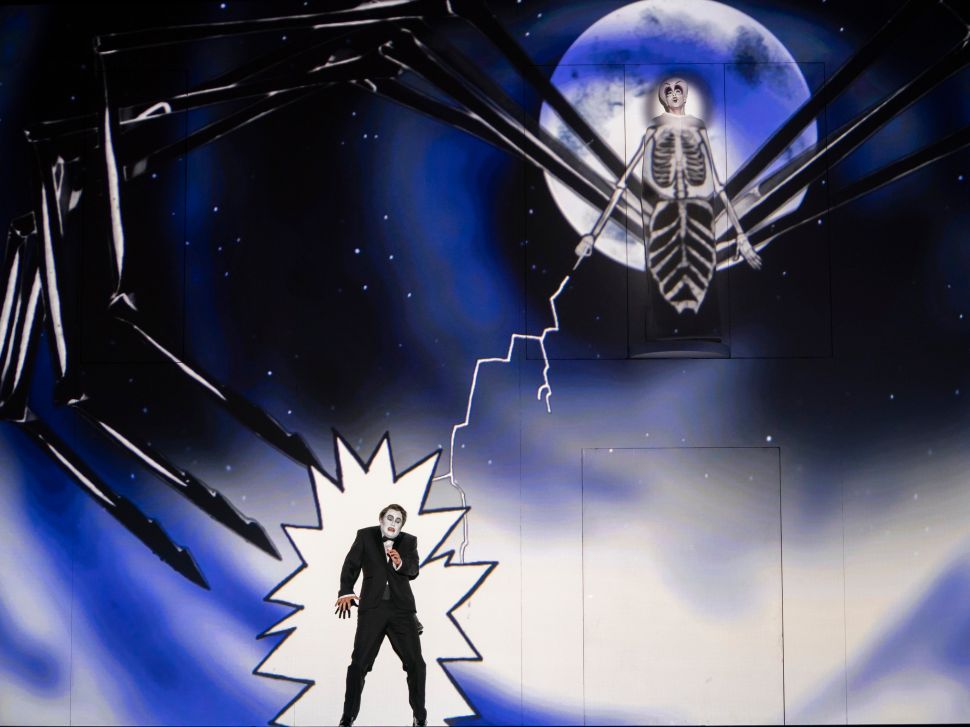