The annual box office may be down nearly 10 percent compared to 2018, but don’t count 2019 out just yet. The back half of the year boasts a slew of high-profile blockbusters spearheaded by several guaranteed hits (and 2020’s slate doesn’t look half bad either). We’re not talking star-driven passion projects or Oscar bait: we mean full-on mainstream commercial home run swings.

Perusing the upcoming menu, it becomes clear that box office records, long-term franchise health and studio jobs are on the line. So let’s take a look at the 10 biggest blockbusters remaining on the schedule and briefly discuss the industry implications of each.

The 2019 version of The Lion King is a technical marvel and a true leap forward for visual effects in the same vein as Avatar, but it isn’t being met with the kindest of reviews from critics. It’s not as if that has stopped Disney’s live-action reimaginings of classic animated features from dominating the box office before though, so expect The Lion King to chew up some sizable business.

In 2016, Disney set a worldwide box office record taking in $7.6 billion. At the time of this writing, the studio’s 2019 releases have earned north of $5.7 billion globally. The Lion King could put Disney within striking distance of its own world record.

Delivering a worthwhile spinoff is one of the most difficult tasks in Hollywood, but the secondary revenue streams that a successful franchise expansion can yield make it worth the risk. Gathering an intoxicating collection of talent from the likes of Dwayne Johnson, Jason Statham, Idris Elba and Vanessa Kirby for a Fast & Furious spinoff is one way to mitigate the downside. People like these actors and want to see them pull off some crazy stunts!

Universal manages to keep pace in Hollywood’s franchise wars without the aid of superheroes, so a successful spinoff would go a long way in helping to secure its bottom line.

The first installment in this two-part series, 2017’s It, shocked the industry by setting a September opening record ($113 million) en route to becoming the highest-grossing horror movie of all time ($700 million worldwide). Given the degree of its over-performance, we wouldn’t be shocked to see a small come-down for Chapter II. But there’s no doubt that anticipation for the Stephen King sequel adaptation—which stars Jessica Chastain, Bill Hader and James McAvoy—remains high among movie-goers.

New Line, a production studio under the Warner Bros. banner, continues to be a successful mini-major with a s trong recent track record in horror (see: The Conjuring universe). Director Andy Muschietti is even set to take over WB’s Flash feature as a result of It‘s success.

While acknowledging the significant risk involved, we’re particularly high on Joaquin Phoenix’s Joker. Our conversation with co-star Brian Tyree Henry only bolstered that confidence in the project. If Joker is a hit, you should expect WB to officially announce a new banner of DC films dedicated to experimental standalone features disconnected from the main DC Universe. Such a filmmaker-driven endeavor would help to open up the genre and expand into new territory while hopefully attracting some exciting directorial talent.

Oscar-winning director Ang Lee is the most notable filmmaker Will Smith has teamed up with in years. That pairing alone gives us hope, even if Gemini Man‘s first trailer didn’t blow us away. Paramount is taking a risk by funding the expensive clone assassin flick, since it isn’t based on any pre-existing IP. Recently, that strategy hasn’t worked out well for Hollywood. But if ticket buyers want less sequels and reboots, they have to vote with their wallets.

Disney shocked Hollywood when it unexpectedly announced that Angelina Jolie’s Maleficient 2 would arrive this year. But a big reason why the Mouse House is on pace to shatter its own box office record is because it’s stuffing 2019 full of big films so that its upcoming streaming service, Disney+, houses blockbuster content as soon as possible. You can’t fool us, Walt.

The 2014 original earned nearly $760 million worldwide, but will a long layoff between movies hurt the series? It didn’t work well for The LEGO Movie 2 and Godzilla: King of the Monsters.

Paramount Pictures has reshuffled its upcoming lineup to better compete in Hollywood’s franchise wars after years in the basement. Unfortunately, that bulk-up has already hit some snags (RIP, Hasbro Universe), but the hope is that Dark Fate can reignite James Cameron’s beloved series.

The three efforts following 1991’s Terminator 2: Judgement Day—none of which Cameron was connected to—have provided diminishing critical and commercial returns. But with Cameron producing and Tim Miller (Deadpool) directing, a modicum of optimism is beginning to mount—Miller even promised Observer that fans won’t be disappointed. The return of Linda Hamilton as Sarah Conner should definitely help.

Early whispers coming out of test screenings have been very positive for Frozen II and the 2013 original remains Disney’s highest-grossing animated film ($400 million domestic, $1.2 billion worldwide). As sister studio Pixar refocuses on originals moving forward, we can’t blame Disney for trotting out this long-awaited sequel. Bet against it at your own peril.

Spider-Man: Far From Home is on pace to become the first solo Spidey movie to earn $1 billion at the worldwide box office (we told ya so). If the Dwayne Johnson-Kevin Hart-Karen Gillan-Jack Black sequel Jumanji: The Next Level can break out, Sony will have a nice 1-2 punch combo on the year.

The studio is slotting it against a Star Wars film in December just as it did with the 2017 original. All that film did was go on to become Sony’s highest domestic grosser ever, so there’s reason for optimism.

It’s the final Star Wars film in the main episodic saga. Disney doesn’t have to release a single frame of new footage and The Rise of Skywalker would still be guaranteed to cross the $1 billion mark. Don’t overthink this one. 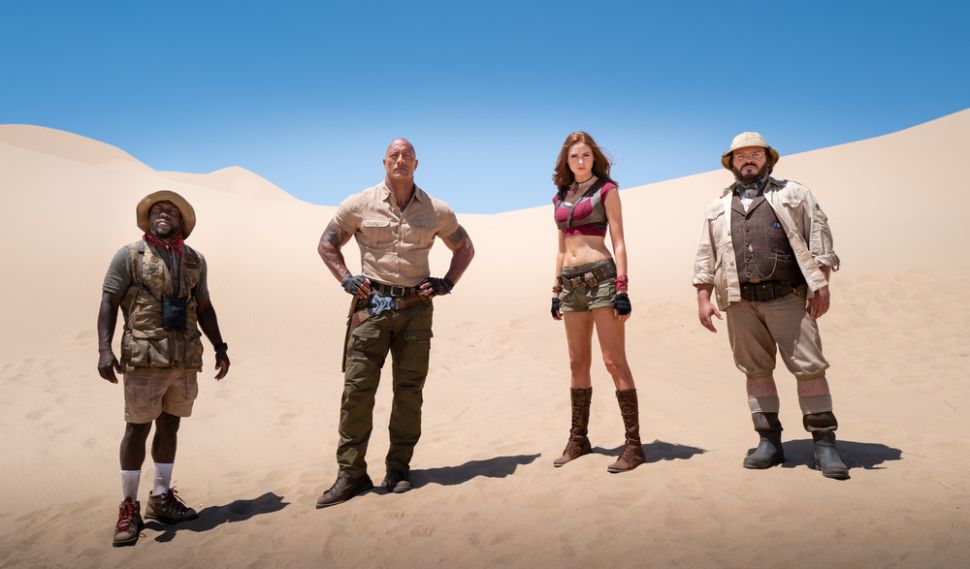