Sophia Amoruso, the founder of once red-hot fashion brand Nasty Gal whose story as an accidental entrepreneur was adapted into a Netflix series, is stepping into the fierce world of social networking by launching a “LinkedIn for women” type of service under her media brand, Girlboss.

Amoruso unveiled her new venture, known as the “Girlboss professional network,” at Girlboss Media’s semi-annual conference series, the Girlboss Rally, in Los Angeles over the weekend.

SEE ALSO: A Conversation With Sophia Amoruso, Founder of Girlboss

Since liquidating Nasty Gal in 2016, Amoruso has been developing the “Girboss” brand and cultivating a tightly-knit community by running blogs, podcasts featuring women entrepreneurs like herself, and conference series twice a year in major U.S. cities.

“The feeling of the event is something I wanted to extend beyond two days out of the year,” Amoruso said on Sunday. “I’ve always wanted to do something we can give to our community—and women at large—24 hours a day, seven days a week.”

The Girlboss professional network is a free platform meant for career-minded Millennial women, particularly entrepreneurs, managers, marketers and creative professionals, to connect and work with each other on new business ideas.

“I hope women can share not just what they do, but who they are, and bring a sense of their personality and aspirations and things they’re really proud of to their profiles,” Amoruso said. “There’s a sense of levity. This isn’t a stiff, stale professional networking environment.”

Men are welcome, too. In fact, Girlboss’ investor, Reddit co-founder Alexis Ohanian, was one of the first to join the platform when Amoruso floated the idea last year. He sees Girlboss as a potential trailblazer in a market where most first-generation social media companies have grown too big to deliver meaningful value to their users.

“What I’ve seen in the last 13 years is that everyone wants that feeling of being heard. What people seem to be clamoring for more and more is community, whether it’s going to private group chats on existing platforms, like WhatsApp groups, or going to new platforms that have emerged,” Ohanian said at an event last December.

Ohanian’s venture capital firm, Initialized Capital, led a $3.5 million funding round for Girlboss last October at a valuation of $13.1 million. Girlboss’ earlier backers include Lightspeed Venture Partners, which led a $3.1 million round in 2017.

Amoruso originally wanted the platform to be a paid membership service, but eventually decided to make it open for all. “We want to be really accessible to everyone out there,” she explained. “Often it’s the women who can’t afford to join a members-only club who need this platform most.”

Moving into the professional social networking space puts Girlboss in direct competition with other emerging women-focused social networking startups including The Wing and Bumble (of which Ohanian’s wife, tennis superstar Serena Williams, is an investor).

The Girlboss professional network is now accessible via a web app. A mobile app is expected to hit the market soon. 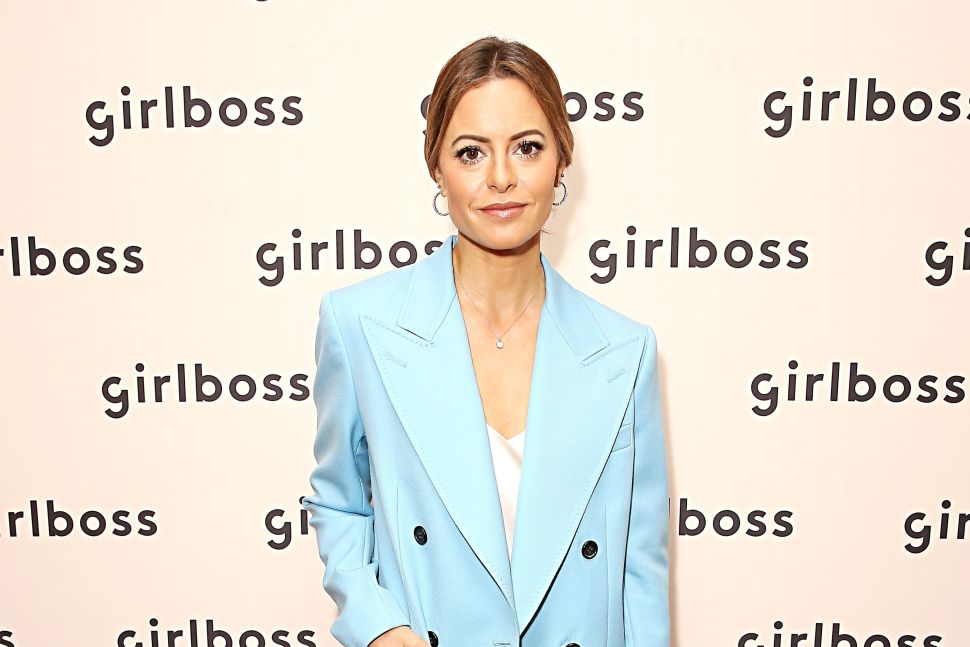