With the proliferation of art fairs—and both the pressure it exerts and possibilities it presents for galleries—the question of what long-term effect this rapid expansion will have has inevitably arisen. It’s an important discussion, especially for an industry that deals so frequently in issues of ethics and morality, whether in institutional funding sources or simply by putting certain works on view. For Nato Thompson—the former Creative Time artistic director who now holds that role at both Philadelphia Contemporary and, for his second year running, at the Seattle Art Fair helming its projects and talks—there’s an important point to be made about fairs: “The good news is, more people are getting more money in artists’ pockets; that’s the dream.”

Since leaving New York City for the smaller but creatively rich cities of Philly and Seattle, he sees how initiatives like the Seattle Art Fair, now in its fifth year, can invigorate communities, supporting smaller and mid-range galleries and forming an important piece of a well-rounded arts community. Ahead of Seattle’s next edition, opening August 1, Thompson spoke to Observer about how his approach to programming has changed this time around, and shared some fair events you absolutely shouldn’t miss, including a special appearance by Pearl Jam’s Mike McCready, some terrifying mutant sculptures and a panel on art appreciation where kids do that talking.

SEE ALSO: A Center Devoted to Matisse Will Open at the Baltimore Museum Thanks to a $5M Grant

Observer: This is your second outing as artistic director of the Seattle Art Fair. Was there anything that surprised you about the process of organizing a fair the first time around?
Nato Thompson: Yeah, I never got it before—I had no idea what I was getting involved in. I mean, there were a lot of new things—I  hadn’t spent much time in Seattle. And then, of course, the art fair itself. I had never organized anything like an art fair, so it was all new.

Has the way you approached it changed at all this year?
Yeah, totally. So last year, I went really all out to present these robots from Survival Research Labs that performed in front of the Seahawks’ stadium. That was a lot of fun, I was really excited about it; there was a lot of energy.

This time around, I wanted to spread the wealth in a way, and explore some new things that interested me. First of all, I’m very interested in the art fair being a platform for many kinds of cultures, so I was really excited to work with the artist Bread Face. I had her perform in Philadelphia in the fall as an experiment into how I could take subcultures of the internet and bring them into real life, and it was such a great, successful experiment. Bread Face is just a natural artist, but her medium has been YouTube and Instagram, and so when I talked to her in the fall of last year and asked if she wanted to do more art projects, she said she had a million ideas. I said, “Well, let’s try one of them!”

She did send me a million ideas, so I’m quite excited about this unique installational work I’ve put together with her. I became really interested in the idea of the post-human, so this artist from Australia, Patricia Piccinini, will be bringing these very terrifying, creepy mutant sculptures. I’m also invested in the notion of the post-human human—either a genetic hybrid or something that is consciously aware that they’re interconnected to the inner workings of the planet. So that became a theme for the show.

Would you say there’s going to be a difference in the viewer experience for this edition? Will they sense a change?
Yeah, I think so. I mean there’s more art in the aisles. For example, we came up with a few more participatory projects, like the work by Stephanie Dinkins, the project by Richard Pell, the project by Bread Face. There’s more interaction, and I also got a better feel for the Seattle audience, so it’s really just going to go in a totally different direction.

What drew you to taking on this role in Seattle?
At first it was a new challenge. I like to be challenged, so it’s personal. But also I spent my elementary school years in a town called Springfield, Ore., and I have a deep affinity for the Pacific Northwest. And now being based in Philadelphia, I have a deep feel—sympathy, love—for mid-range sized cities, meaning not Chicago, Houston, L.A. or New York. I also know how important the arts can be to the city, and how fragile that ecology can be, so it’s a mission I am very invested in just in general.

What do you like about working with the creative communities on the scale of Philadelphia and Seattle—how are these cities the same or different in the way they are engaging with their people and urban spaces?
One thing that’s a little different is that Seattle is more expensive than Philly, and Seattle is a little farther away from major cities, geographically speaking. I mean Vancouver is pretty close, but Philadelphia is only like an hour and a half from New York City. But both are great cities for art. Philadelphia is very affordable because artists have somewhere to live, which I love, and I live and work in the city. Both cities have great art institutions and art cultures, and they’re tangible. You know, in New York you kind of disappear. It’s very complex; you feel like if you didn’t go out, no one would care. I feel like, in some ways, in Seattle people know who you are, and it’s a real community, and you can tap into it really well. I find that intimacy very exciting and something I benefit from participating in.

A performance with a real Seattle slant is the collaboration between Pearl Jam’s Mike McCready and the artist Kate Neckel. Can you tell me about what they will present and how Seattle Art Fair actually brought them together?
Well, they met at the Seattle Art Fair, which is every art fair’s dream. And you know I’ve come to understand, or I could have guessed it, that Mike McCready has a special relationship to the city of Seattle in many regards, and I say that in every positive way. I was really excited to see him and Kate spark some creative energy together, and I feel like finding a platform to demonstrate that is really amazing. It’s very cross disciplinary—it’s music, it’s art, it’s performance, it’s painting—in a very genuine way that I think, for both artists, makes them nervous and excited.

You have a really wonderful roster of talks as well. Are there one or two that you want to highlight that could be a big draw this year?
Well, I like them all. There’s one on Sunday that I think is very fun, which is a kid’s panel. It’s five kids who will choose their favorite artwork, and then they will discuss them. I think, frankly, visitors in general at art fairs are kind of nervous…discovering that they actually have similar opinions to 12-year-olds, I think they’ll find that comforting.

Like, kids aren’t afraid to say, “I like it because there’s an orange on it, and I like oranges.” I think adults are always trying to find a deeper meaning that they can sound smart about.

We also have this panel from the Center for PostNatural History in conversation with Stephanie Dinkins, and they’re both so brilliant. Stephanie really takes on the subject of artificial intelligence and how white the culture around artificial intelligence is, and she tries to really upset that. Within that, we’re still taking on the conversation about the mutations of the genetic strain and trying to upend the ideas of the natural world in general, so I think there will be really dynamic conversations between the two.

Art fairs have become a bit of a hot topic at the moment, in terms of how the rapid increase in the number of fairs has changed the way the market functions—how galleries function. And more and more, the not-for-sale aspect of the fair, so the projects and installations, are becoming a bigger focus. I’m interested in that particularly, and how, in your mind, that aspect of a fair can help support a healthy art market.
Sure. I mean the good news is, more people are getting more money in artists’ pockets; that’s the dream. And particularly, supporting mid-level galleries is really important. They’re not these mega industries; they’re very precarious, and you need to find buyers. And so [fairs] are a necessary part of the art ecology, particularly for places like Seattle and Philadelphia. These mid-range cities need that to happen. Simultaneously, fairs are not the only parts. There are nonprofits and museums and galleries and art schools, and I’m a fan of all of them; I don’t choose one over the other. 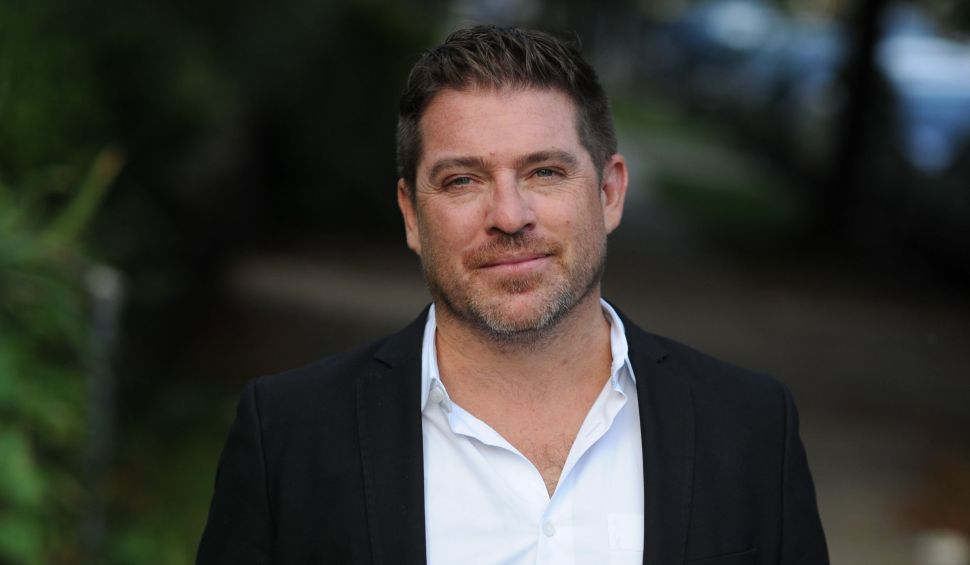