By some Interstellar-like temporal wormhole magic, we are already more than halfway through the year. To say that 2019 has been a significant time for entertainment thus far would be an understatement.

Disney officially took control of 20th Century Fox, rearranging the studio landscape in the process, while also pumping out record-breaking box office smashes such as Avengers: Endgame. HBO’s titanic Game of Thrones concluded its eight-season run in a disappointing fashion, perhaps bidding adieu to the last fragment of small screen monoculture viewing. Netflix’s all-consuming disruption of the traditional entertainment industry suffered its own setbacks with its first loss of U.S. customers since entering the original programming battlefield.

Given all of the seismic activity, the remainder of 2019 and beyond will be hard-pressed to match the drama, but that doesn’t mean the coming months can’t live up to the hype. Observer spoke to box office experts, media consultants, streaming analysts and more to gather a handful or major predictions for the future of the entertainment industry.

Adoption of broadband internet nationwide has remained at a relatively unchanged 70 percent since 2010. According to a survey from the Pew Research Center earlier this year, 10 percent of Americans don’t use the internet, a flat number that hasn’t decreased over the last four years. The positive spin here is that at-home entertainment hasn’t completely usurped the attention of ticket buyers just yet. While theatrical ticket sales have steadily declined domestically since 2002, international markets continue to grow. China is on pace to surpass the U.S. as the world’s most important box office region in the near future.

Exhibitors must still adapt to the modern reality of the film industry, but they aren’t quite as close to extinction as one might believe.

Apple Is on the Hunt for a Studio

“Apple will buy someone, if not Sony,” media consultant Scott Kushman told Observer. “If I were them, it’s the perfect time to pull out the checkbook and buy Netflix. If Netflix pours through cash to create content to offset syndicated content programming losses, the door will be open for someone to step in for a merger and acquisition on Netflix.”

This isn’t the first time such a drastic proposition has been floated. In early 2018, Citi analysts Jim Suva and Asiya Merchant stated that there is a strong chance that Apple will look to acquire Netflix following President Donald Trump’s corporate tax cut. However, such an ambitious move would cost upwards of $75 billion, and Apple’s largest acquisition to date was buying Beats Electronics for $3 billion in 2014. Would it be out of character for the internally-focused tech giant?

Sony, along with other studios such as Lionsgate and A24, are touted as possible targets for Apple as it enters the streaming arena without a necessary library of existing content to fall back on. Despite a $1 billion-plus commitment to original programming, Apple will need to round out its catalog of offerings. However, recent comments from Apple’s senior vice president of internet software and services, Eddy Cue, suggest the company may not be as hungry for a studio as outsiders believe.

Will Mini-Major Studios Stick With Theaters?

“Smaller media companies who have had a mixture of box office hits and misses, like STX Entertainment and Annapurna Pictures, will likely partner with streaming services looking for content and completely eschew from theatrical releasing except for a handful of films to meet awards consideration requirements,” author and entertainment writer Christopher McKittrick told Observer.

Going back to our first prediction—blockbuster tentpoles remain the most consistently successful theatrical lane. Unfortunately, the middle-class of moviemaking is slowly being squeezed out of existence with mid-budget dramas, comedies and adult-skewing fare struggling to make a dent at the box office. STX is a well-run and fast-growing studio, but its roster of singles and doubles don’t represent reliable repetitive cash flow. Annapurna may have shocked the industry by winning the domestic distribution rights to the new James Bond film, but it lost a staggering amount of money last year.

Smaller studios such as Blumhouse (Amazon), A24 (Apple) and even Paramount Pictures (Netflix) have already signed partnerships with streaming services to protect their downside. Will that practice become the norm?

“We’re going to see Disney+ and other streaming services develop more synergy between the big and small screen,” Paul Dergarabedian, senior media analyst at Comscore, told Observer. “You’ll see characters and storylines ping-pong between the two platforms as content providers aim for more of an overlay between mediums. These creative strategies will have audiences seeking out content via creative promotions. Fans will watch movies, research the content, head back to the theater and then the stories will continue as exclusive streaming content.”

Vertical integration is at the heart of the Hollywood strategy these days—studios want to control both production and distribution, cutting out the middle man with a focus on direct-to-consumer business. Disney is spearheading this strategy of creating cross-pollinating and interwoven pieces of content that feed into one another. Disney+ will feature blockbuster miniseries starring popular big screen Marvel characters, such as Loki, Falcon and the Winter Soldier. Jeremy Renner’s Hawkeye series will introduce his superhero replacement from the comics, Kate Bishop, who could pop up in a future movie, while WandaVision will directly lead into 2021’s Doctor Strange in the Multiverse of Madness. Elsewhere, Disney+ will house two live-action Star Wars series.

We can expect WarnerMedia and NBCUniversal to attempt something similar with their forthcoming streaming services working in unison with Warner Bros. and Universal, respectively.

Netflix’s Greatest Threat May Not Be What You Think

“There are some obvious players like Amazon and Hulu,” Joe Yakuel, CEO and founder of digital marketing outfit Agency Within, told Observer. “The sleeper that not enough people are talking about though is undoubtedly YouTube. They’ve quietly been rolling out more premium features like ad-free and offline content, live streams, YouTube originals and movies for purchase. But what makes them truly unique in the space is 85 percent of teens are using YouTube and 60 percent of them are increasing their use of the platform year-over-year.”

Though it seems unfathomable to consumers over a certain age, Generation Z is more attracted to short-form content than traditional films and television series. YouTube is the second-most popular social media platform with 1.9 billion users, and internet-users consume more than one billion hours of YouTube videos per day, more than Netflix and Facebook video combined. Over the next decade, YouTube has the opportunity to convert these teenagers into paying customers. While not as flashy or iconic as Apple and Disney, YouTube actually possesses a bigger online footprint and could emerge as a powerful dark horse in the streaming wars. 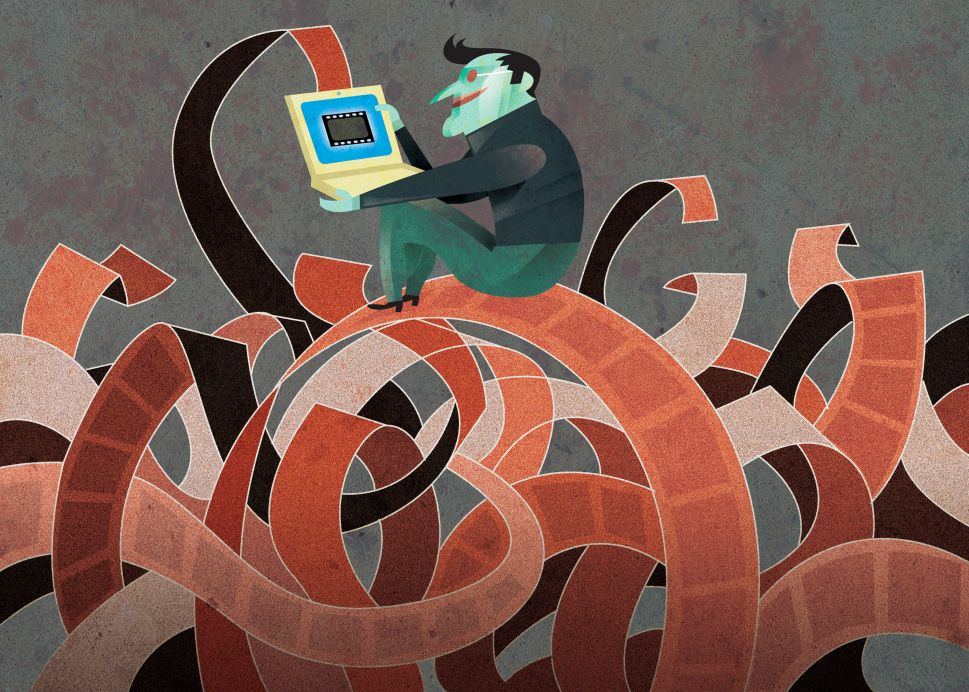