Netflix will report its second-quarter earnings Wednesday evening after the market closes. With the upcoming arrival of major streaming competition from powerful rivals Disney, Apple, WarnerMedia and NBCUniversal, the market-leading streamer’s position atop the throne is as precarious as it has ever been. Not since Netflix’s gladiatorial battle with Blockbuster in the 2000s has a conflict held such potential for top-down change throughout the industry. Welcome to the heavyweight title fight of the new age.

As of this writing, Netflix stock has risen nearly 37 percent in 2019. Last quarter, it blew past Wall Street expectations by adding 1.7 million new U.S. subscribers and 7.9 million international users. This time around, expectations are more modest at 352,000 domestic and 4.8 million international, but the final numbers are ultimately irrelevant in the grand scheme. Momentum is key and because Netflix has been growing and dominating virtually unopposed for years, Wall Street has afforded it a longer leash than the Old Guard.

SEE ALSO: These Were Netflix’s Most Popular Original Movies of 2019

“Traditional media companies are seeing decelerating growth, and with viewer and subscriber fragmentation, it is hard to see any improvement,” Steve Birenberg, founder of Northlake Capital Management, told Observer. “The most likely path is continued deceleration or even decline.”

As Birenberg explained it, there are several macro and micro factors at work that provide Netflix with what some might deem an unfair advantage and what others would simply describe as a market edge. At its core, investing in stocks is a forward-thinking projection. Netflix continues to grow rapidly in terms of subscribers and revenue ($4.5 billion in revenue last quarter), which is naturally attractive to investors. Second, the decline of linear television is accelerating—nearly three million paying customers cut the cord in 2018. The great migration of attention spans is firmly afoot and Netflix has a significant head-start on the competition. Third, coming out of the 2007-2009 Great Recession, investors are still bullish on growth stocks in an ecosystem where deflation and below average economic growth has been the unfortunate reality. This increases the value of growth stocks and specifically tech-based companies such as Netflix, Amazon and Apple.

“This is applicable to Netflix since the company has consistently exceeded investor expectations for subscriber growth and the size of its total addressable market,” Birenberg said. “The company has earned a rich valuation, even as the bottom line is not keeping up with subscriber and revenue growth.”

Long story short: Netflix can lose money year after year—the company’s ambitious spending is building a mountain of growing debt—while still being the apple of Wall Street’s eye. The question is, can Netflix stand on its own?

As Disney, WarnerMedia and NBCUniversal all set up their own shops, Netflix’s extensive library of licensed content will rapidly recede. Twitter has already committed the looming loss of The Office (NBCU) and Friends (WarnerMedia)—Netflix’s two most-watched pieces of content—to eternal memedom, but the issue is far more encompassing than that.

According to Nielsen data provided to The Wall Street Journal, 72 percent of Netflix’s watched minutes are devoted to library programming (i.e. reruns). Disney, WarnerMedia and NBCU actually account for 40 percent of Netflix’s viewing minutes, and eight of the streamer’s 10 most-watched series are non-originals.

“We are just entering the third or fourth inning of the era of streaming, and the first half of this game has been totally dominated by Netflix,” Dallas Lawrence, chief brand officer at OpenX, the world’s largest independent ad exchange, told Observer. “However, now that a majority of U.S. households stream, the competitive landscape is about to dramatically change with multiple new entrants vying for a greater share of the overall $20 billion streaming market. What’s clear for Netflix is that what got them to where they are today will not continue to propel their growth—namely licensed content.”

On one hand, the loss of library content should rein in Netflix’s aggressive content budget, which CEO Reed Hastings pegged at $1.4 billion per month earlier this year. No longer having to pay ludicrous sums for other studios’ content will help bring down Netflix’s debt.

But how does Netflix replace the sheer volume of engagement that is set for exodus over the next couple of years? Library content helps to avoid churn, but original content drives subscription growth and, as we discussed early, that is the metric that tickles Wall Street’s fancy. Company executives aren’t oblivious to the approaching reality and have made strides to develop several ambitious home run swings.

The big budget fantasy series The Witcher, based on the massively popular novels and video games of the same name and starring Henry Cavill, is a big-ticket fall release. Live-action adaptations of beloved anime series, such as Cowboy Bebop and Avatar: The Last Airbender, boast significant built-in fanbases. Netflix’s deal with comics writer Mark Millar gives the streamer a foothold into the splashy shared superhero world, and Guillermo del Toro’s upcoming horror anthology 10 After Midnight has potential as a multi-season flagship.

But is it enough? Does Netflix need to introduce a radical change to stay ahead as the status quo deteriorates?

“Overall, the market is about to get a lot more crowded and I expect the players who are closest to the content, like Disney, are poised to disrupt and take [market] share from the legacy players as we head into 2020,” Lawrence said. “It will also be interesting to see if Netflix addresses any whispers around a changing marketing model, and whether the company will continue to exclusively rely on subscriptions for revenue or if it may one day consider offering an advertising-supported option to customers. As the market tightens and as consumers have greater choices, providers are going to be pressed to deliver more competitive packages that meet consumer content and pricing expectations.”

Regardless of how many high-profile titles Netflix is intent on throwing at us, the days of one-stop shopping in streaming are over. The loss of significant library content will sting as Netflix’s adjusts to the new reality of non unilateralism. But its central business model will remain an equalizer.

There’s no doubt that the company’s market share will decrease with the infusion of deep-pocketed and well-equipped challengers. But Netflix’s market power is virtually unrivaled at the moment because of its entrenched vertical integration.

Matt Stoller explores the decentralization of entertainment in his thoughtful essay, “The Slow Death of Hollywood.” He specifically highlights the Paramount Consent Decrees of 1948, which made it illegal for film studios to own their own theater chains, and the FCC’s move to block TV networks from distributing its own shows during prime time in 1970. These efforts reduced conflicts of interest, raised the floor of content quality, and separated entertainment into three separate divisions: production, distribution and retailing.

But media consolidation over the last 40 years has blurred these distinctions and enabled Netflix to control the major arms of entertainment commerce. It creates its own content that it then distributes directly to consumers while still licensing shows and movies from other studios. Both in-house production and acquisitions operate largely on Netflix’s terms. It is as vertically integrated as a company can get with few barriers.

There are questions as to whether or not Netflix has peaked in relation to Amazon and Apple, both of which use programming (a subset of their primary businesses) to drive product sales, but the streamer’s market power remains an atom bomb of power. They have locked in a dominant customer base (148 million subscribers worldwide) and can safely raise prices without significant downside (for now).

And you best believe Netflix is gunning for the film industry as it has the small screen. Scott Stuber, the streamer’s head of original films, teased a “cinematic onslaught” last year that included 90 movies per year topped off with $200 million blockbusters. If the current administration does away with the Paramount Consent Decrees, Netflix could then start investing in its own theater chains, opening up an entirely new chapter of centralized dominance. 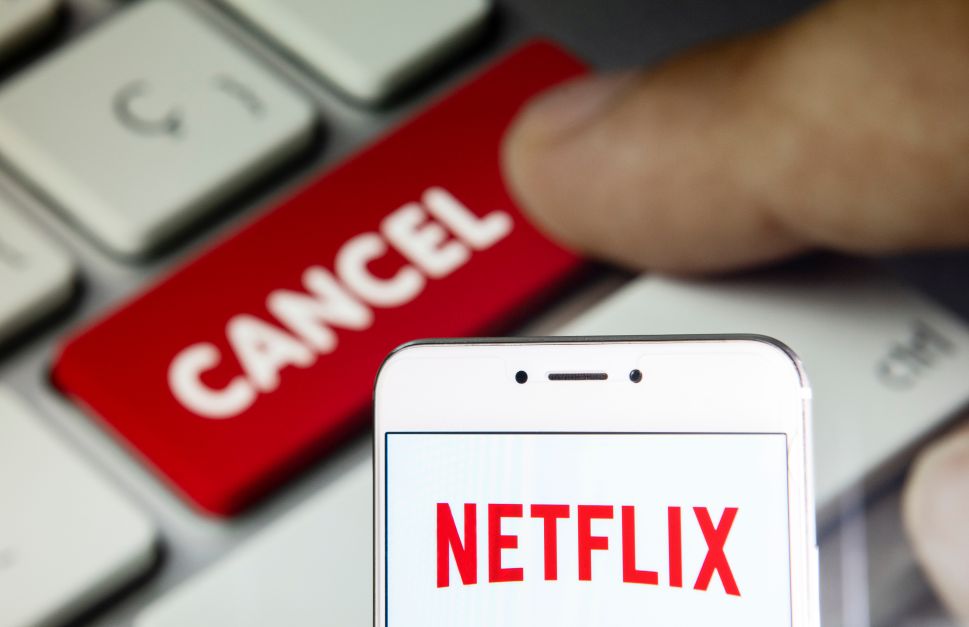