New Jersey residents now pay some of the highest gasoline taxes in the nation, and residents here say they are not getting their money’s worth.

That’s the finding of a Fairleigh Dickinson University study, which found that a third of the 808 people polled think the condition of state roads, bridge and tunnels are getting worse despite residents being socked by 41.4 cents per gallon increases since the state legislature hiked the gas tax beginning in 2016. About half the residents polled say the quality of state roads remain the same while a meager 16 percent said road quality has improved since they started paying more, according to a report by NJ101.5.

State law allows for annual hikes in the gas tax if the state treasurer declares revenues are falling behind what’s needed to fund road and rail projects. That’s what happened last year, when Gov. Phil Murphy hiked the tax 4.3 cents a gallon. This year, with the entire Democratic-controlled state legislature up for re-election, state Treasurer Elizabeth Muoio said collections were meeting projections and there was no need to increase the tax.

If Muoio decides next year, after elections are decided, to increase the tax again, voters will not be happy. The poll found 83 percent of residents believe the state should find ways to do the work with the money it already raises.

Only 36 percent of respondents said they trust government officials to spend the money wisely, while a third said they had no trust and 28 percent said they had little trust.

Officials at the state Department of Transportation contend drivers who use the roads are wrong in their assessment about the lack of work they are seeing, according to NJ.com.

When the legislature hiked the gas tax, it also approved a small reduction in the state sales tax as a way to ease the sting on state residents. Gov. Phil Murphy, who contends state residents don’t mind paying higher taxes if they feel they are getting their money’s worth, has repeatedly called for rescinding the sales tax decrease and hiking the levy once again.

Quote of the Day: “It’s a correctional facility program. Sheriff’s officers are not out in our community locking up individuals who are illegal immigrants. That is not the case. We are not out in those communities in any threatening manner,” — Monmouth County Sheriff Shaun Golden, defending his decision to turn over 40 inmates wanted by immigration authorities. Attorney General Gurbir Grewal has warned such action violates his directives that critics say are aimed at turning New Jersey into a sanctuary state.

Public Gets to Weigh in On Embattled State Tax Break Programs
Members of the public got to testify for the first time yesterday before a task force convened by Gov. Phil Murphy to investigate the state’s economic-development tax incentive programs, and witness after witness lined up to air concerns about mismanagement and alleged insider dealing.
NJSpotlight Read more

Weinberg ‘Troubled’ by Holtec Revelations
The revelations about the lack of oversight and alleged fraud in multibillion dollar state tax incentive programs has largely been met with silence by the state Legislature.
Politico Read more

Threatening Veto of Spending Bill, White House Opposes 2 PFAS Cleanup Measures
Threatening to veto the House’s defense spending bill, the Trump administration says it does not want Congress to authorize the military to clean up agricultural sources contaminated with PFAS, and objected to a plan for the military to phase out its use of firefighting foam containing the harmful chemicals.
Inquirer Read more

How Many People Have Been Ordered Deported in NJ and NY?
Trump administration officials have warned that immigration agents plan to find, detain and deport people who have final removal orders in nationwide immigration sweeps.
The Record Read more

Lakewood School Attorney Inzelbuch Fires Up Parents for Budget Fight
Lakewood School Board Attorney Michael Inzelbuch fired up parents and residents during an hour-long community meeting Tuesday night, in which he laid out the recent state budget fight, defended a recent lawsuit seeking more state aid, and vowed that no staff would be fired as the district prepares to again approve a spending plan on Wednesday night.
Asbury Park Press Read more

St. Joseph’s Health to Build Unique, Affordable Housing in Paterson
A gravel-strewn lot a stone’s throw from the entrance to St. Joseph’s Regional Medical Center in Paterson is to be the site of one of the first projects in the nation to combine state financing with hospital investment to develop affordable housing.
The Record Read more 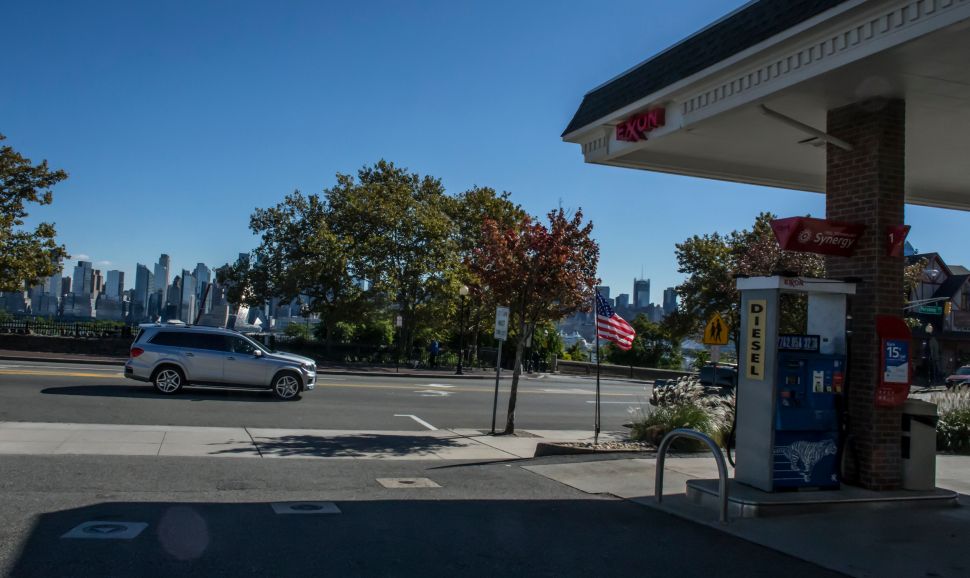