In the wake of the April fire that devastated the iconic Notre Dame Cathedral in Paris, a roster of French companies and their wealthy owners raced to form a “relief committee,” pledging a total of €750 million ($841 million) toward the reconstruction of the French landmark. But to date, only five percent of that money has actually been released, reported French outlet Radio France Internationale.

The Catholic archbishop of Paris Michel Aupetit confirmed this week that €38 million ($43 million) had been received.

Luxury group LVMH’s owner Bernard Arnault, who recently became the third “centibillionaire” on earth, committed €200 million ($224 million) to the reconstruction effort. His family has so far released only €10 million ($11.2 million), according to the Notre Dame Foundation, one of the four nonprofit organizations responsible for collecting money from contributors.

François Pinault, chairman of LVMH’s rival, Kering SA, pledged €100 million ($112 million) also through the Notre Dame Foundation. That commitment has yet to be fulfilled.

L’Oreal heiress Françoise Bettencourt Meyers, the richest woman in the world, pledged to donate €100 million ($112 million) the day after the fire erupted through her family charity, the Bettencourt Schueller Foundation. But as of last month, they had yet to release any money.

The main issue bothering these big donors seems to be which parts of the restoration their money will be used for. “They want to know what exactly their money is being spent on and if they agree to it before they hand it over, and not just to pay employees’ salaries,” Andre Finot, a senior press official at Notre Dame, told the Associated Press last month.

Right now, architects and French lawmakers are still assessing the fire damages in order to map out a detailed reconstruction plan.

Aside from the Notre Dame Foundation, the other three nonprofits responsible for collecting big donors’ money are the National Monuments Centre, the Heritage Foundation and the French Foundation. However, expenses related to the current debris cleanup required before reconstruction can begin and salaries for on-site staff are funded by a separate coffer called the Friends of Notre-Dame, a U.S.-based charity set up before the April fire to support regular maintenance of the cathedral.

The American nonprofit has so far contributed €3.6 million to the pre-restoration effort, half of which were donations received after the April fire accident. The charity said 95 percent of these new donations came from American individuals and corporations.

Last week, France’s National Assembly, the country’s primary legislative body, passed a bill that aims to finish the Notre Dame reconstruction work before Paris hosts the Olympics in 2024, Catholic news site The Tablet reported. The bill was later approved in the French senate with an added clause stating that the landmark must be restored to “its last known visual state.” 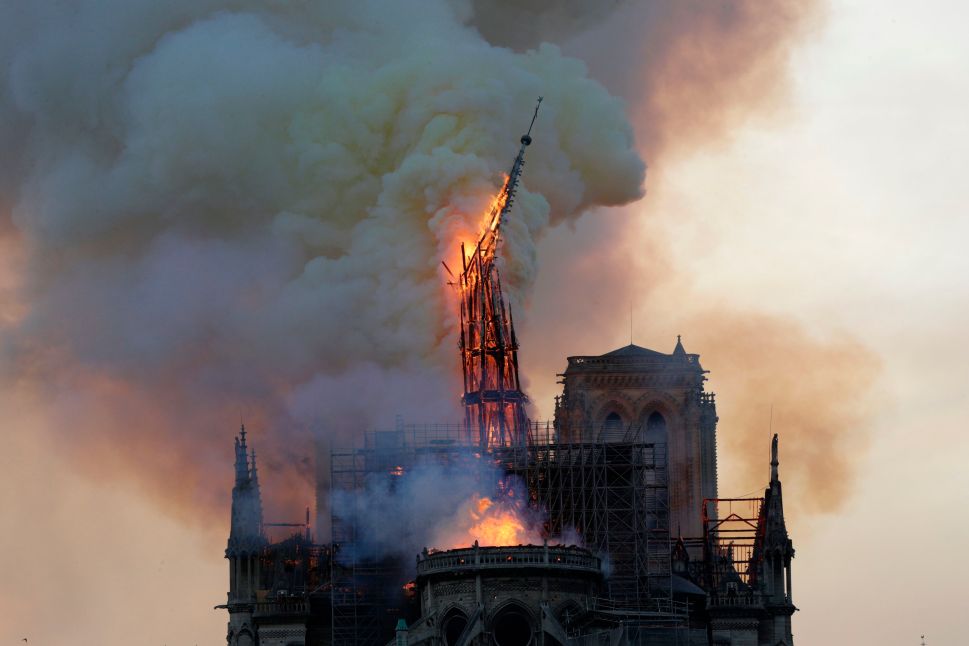