“Women of color account for nearly half of all women-owned businesses, over $386 billion in annual revenue, which means lifting up black women not just with our words, but with our dollars,” Buttigieg told an audience at Essence Festival on Sunday, according to Reuters.

While the candidate has struggled to make inroads with African American communities throughout the campaign trail, a police shooting in his hometown last month—wherein a white police officer shot and killed a 54-year-old black man—highlighted South Bend’s racial tensions. Buttigieg attempted to reframe his image on race during Sunday’s gathering, acknowledging “systemic racism” in facets of government.

The Democrat also called Joe Biden’s apology a “step forward” after the embattled frontrunner came under fire for speaking longingly about working alongside segregationists.

“When you’re responsible for something you’ve got to own it. It’s a quality we should expect in our presidents,” said Buttigieg. “White candidates need to find their voices on this issue.”

Even with his rehabilitation, however, the mayor is struggling on the issue of race. A POLITICO report released Monday showed Buttigieg failed to gain black voters’ support after several scandals during his first term in office. 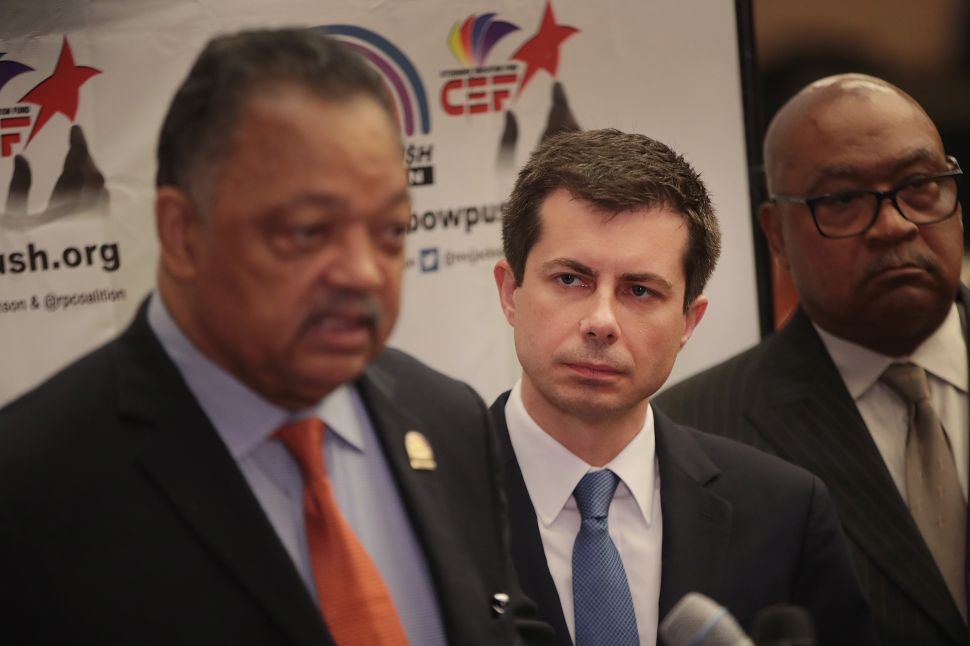