It’s a sensitive time for America’s Big Tech companies to do business in China amid a heated U.S.-China tech war. But when it comes to finger-pointing, conservatives are blaming Google a bit more than the rest of the FAANG companies for exposing valuable intellectual property to foreign threats.

Speaking at the National Conservatism Conference on Sunday, billionaire investor and entrepreneur Peter Thiel took aim at Google, alleging that the tech giant had “engaged in the seemingly treasonous decision to work with the Chinese military” and urging the FBI and the CIA to investigate the situation.

Google’s main business, its search engine, is blocked in China. But the company has an advertising staff based there and employs a team of researchers in Beijing to work on cutting-edge artificial intelligence technologies, which Thiel described as the “Manhattan Project for AI.”

Number one, how many foreign intelligence agencies have infiltrated your ‘Manhattan Project’ for AI?

Number two, does Google’s senior management consider itself to have been thoroughly infiltrated by Chinese intelligence?

Number three, is it because they consider themselves to be so thoroughly infiltrated that they have engaged in the seemingly treasonous decision to work with the Chinese military and not with the U.S. military… because they are making the sort of bad, short-term rationalistic [decision] that if the technology doesn’t go out the front door, it gets stolen out the backdoor anyway?

Thiel didn’t give any evidence about Google’s service to the Chinese military, but he drew the conclusion from the assumption that every business in China is more or less controlled by the government, and therefore Google’s decision to operate in China automatically makes it a partner of the authoritarian state.

Google denied such allegations and said it doesn’t work with the Chinese military.

It’s interesting to note that Thiel didn’t mention Facebook, of which he is a board member, in his patriotic speech on Sunday. Similar to Google, Facebook’s main social media business is banned in China, but last year the company reportedly opened a $30 million subsidiary in China’s tech hub, Hangzhou, focusing on incubating local startups.

Elaborating on Thiel’s accusation regarding Google, Lonsdale explained that many people working at Google come from an academic culture that believes in sharing knowledge with the entire world, but “there are nationalists in China coming and taking whatever they can learn and using it for their own nationalist purposes.”

However, it’s up for debate whether Google has a responsibility to stay loyal to the U.S. government in the first place. “Google is a for-profit company, and almost solely concerned with profit and shareholder value, rather than patriotism,” Anders Corr, the founder of Corr Analytics Inc., an advisory specializing in international political risk analysis, and an advisor to ETNAM in Washington, told Observer. “Approximately one in five people in the world is a Chinese citizen, each of whom is a potential Google customer. So, Google will bend over backwards to get China’s approval to enter that market.”

When asked if there is any evidence showing that Google has been infiltrated by Chinese intelligence, Lonsdale suggested that evidence is not needed because it’s an open secret among the tech community.

“Everyone in the [Silicon] Valley knows that the Chinese government is very involved there,” he said. “When you talked to people who are senior at Google, the reason they didn’t want to go to China is that they knew everything would be stolen. At this point, they know everything has been stolen anyway. This is not a secret. We’ve had it in all of our companies where Chinese spies are caught. It’s not something we talk about a lot, but it’s just a regularly known thing in Silicon Valley.”

A San Francisco-based venture capitalist speaking to Observer on the basis of anonymity said he had no idea what Lonsdale was talking about and that he’d never heard of such accusation against Google before. 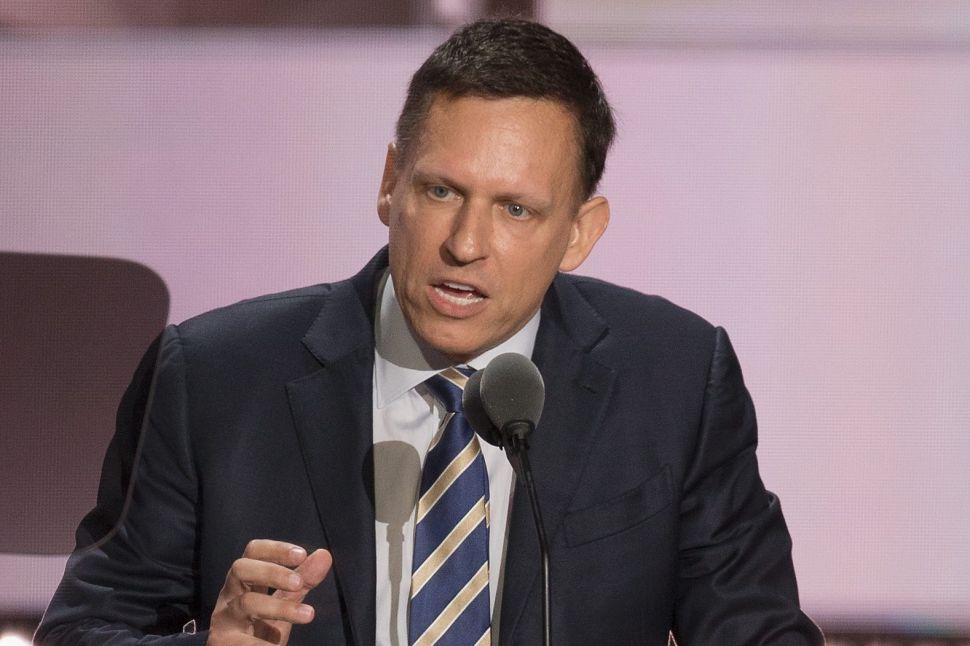