If you had asked Pierre Cardin what he was thinking at any point since the 1950s, he’d probably have said “the future.” Born in 1922, the Italian-French designer has been an innovator and a lover of all things futuristic throughout his seventy-year career in the fashion industry. His designs invoke technological advancements, if they aren’t that themselves, and his monumental life has been filled with bold statements and trend-setting. To celebrate his life of unfathomable, wearable creations, the Brooklyn Museum presents a new exhibition devoted to his work, aptly titled “Pierre Cardin: Future Fashion,” opening today.

The first New York City-based retrospective on Cardin in forty years, it spans his entire seven-decade career and is about as exhaustive as possible. There are more than 170 objects on view, many from Pierre Cardin’s personal archives. These include items of clothing, accessories, film clips, photographs and dresses from his illustrious 1964 Cosmocorps collection. Cardin is also known for creating his own fabric, Cardine, which is a material that molds bonded, uncrushable Dynel fiber into three-dimensional patterns, most notably seen on the “Cardine” dresses, some of which will also be on display.

That the show opens on the fifty-year anniversary of the Apollo 11 expedition is not a coincidence. Cardin adored space, so the Brooklyn Museum wanted to infuse space exploration into the exhibition, starting with the day of opening. Cardin was once famously able to try on Buzz Aldrin’s space suit from the Moon Landing, and this iconic photograph will be on display, paying tribute not only to a creator who inspired people to reach for the stars, but an astronaut who really did.

As the story goes, Cardin visited NASA in 1971 to see all the technology of the moon landing. When he saw Buzz Aldrin’s space suit, he proceeded to bribe the security guard, expressing how incredibly happy it would make him to try on the suit (a $50 bill in hand). His use of pathos and monetary compensation were successful, and he became the first civilian to wear the space-suit that touched the moon. Many of his fashion lines throughout the late ’60s and early ’70s were inspired by these suits, and this visit to NASA only confirmed his love for space-age fashion.

Cardin has been celebrated time and time again for his innovations. Besides the aforementioned space-age fashion and Cardine fabric, this designer is known for creating the “bubble dress” in the dawn of his career in 1954, and he was passionate about designing unisex items, something rare in that era. He also created the first courtier-launched pret-à-porter line for the Printemps department store in 1959. This helped to democratize the fashion industry, making haute couture designs more accessible to the public by creating items for stores similar to those that the runways had already seen. Initially he was expelled from the Chambre Syndicale for doing so, but he was quickly reinstated, and his legacy has ever since been that of innovation and change.

In the sixty years since Cardin’s ready-to-wear line was born, he has helped bring the fashion industry to many countries around the world. He was the first couturier to open a shop in Japan, in 1957. And, interested in relations with Russia, he held a fashion show in Moscow’s Red Square in 1991, something never-before-seen in Russian history. Just last year, to celebrate his forty-year participation in Chinese markets, Cardin hosted a monumental fashion show along the Great Wall of China. This was not the first bold location for a fashion show in China, as he also held one in the Gobi desert in 2007.

And that’s just the clothes. Cardin has also designed accessories, car-interiors, jet-planes and concocted perfumes and colognes. He has won awards by the dozens and been featured in exhibitions all around the world since the birth of his couturier career, and is the only fashion designer to be inaugurated into the Académie de Beaux-Arts in Paris. He has also worked to meet with diplomatic and religious figures all over the world, including Nelson Mandela and Pope John Paul II. As Matthew Yokobosky, the museum’s head of fashion and materials and the curator of this show noted, even in his fashion, Cardin’s practice drew heavily from other disciplines. “After looking at Cardin’s work, you begin to see that perhaps in another life he was a mathematician. His geometry is so precise; his designs incorporate parabolas and spirals. His stores and homes feature modern geometric progressions and bold colors—it’s all quite Modernist. And it was his use of the circle that truly propelled the exhibition’s design.”

This retrospective will be a wonderful homage to Cardin’s monumental life. In just one visit, viewers will bear witness to this love of the future and a career in the fashion industry that has yet to be rivaled. Hopefully Pierre Cardin’s never ending curiosity about what is to come will inspire museum-goers to continue dreaming of a future that has yet to arrive. 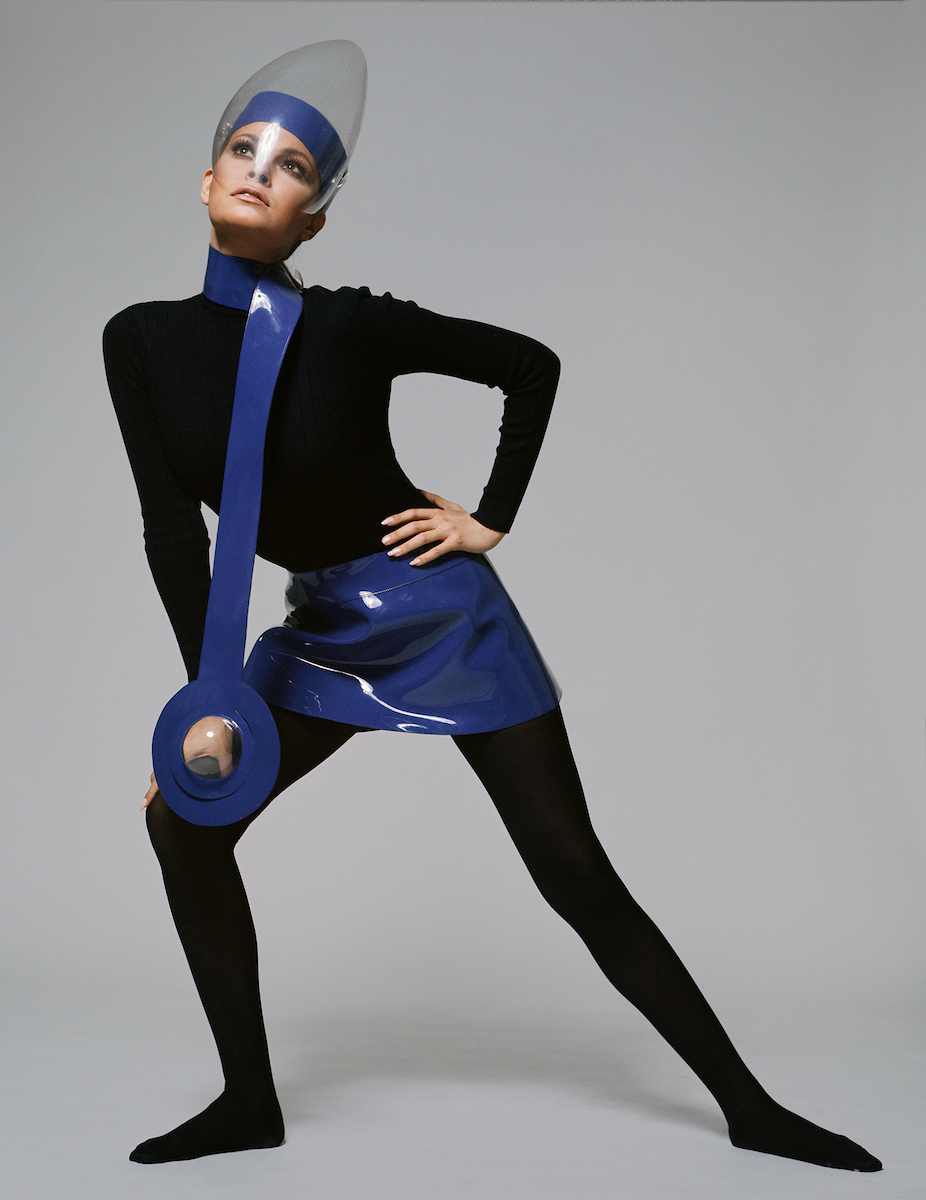