This fall, Manhattan’s most prestigious contemporary art spaces unite to celebrate the career-to-date of the renowned (and underappreciated) artist known as Pope.L.

Beginning October 10, each venue––MoMA, the Whitney Museum of American Art, and Public Art Fund––will simultaneously host one component of an exhibition titled “Pope.L: Instigation, Aspiration, Perspiration.” The show, collectively, is a mid-career retrospective that connects the artist’s past (especially his incendiary interventions known as crawls, which literally feature the artist crawling along the ground) with two new commissions.

“The conversation between our institutions started just as they do––I wouldn’t say it’s typical,” says Stuart Comer, chief curator of Media and Performance Art at MoMA. “I was in dialogue with curators at both the Whitney and Public Art Fund, and was aware of our mutual interest in his work.”

Christopher Lew, the Nancy and Fred Poses Curator at the Whitney, says, “There is much to coordinate for any one exhibition and there is even more when it involves three projects at three institutions, but it has been an equally rich and rewarding process. MoMA and Public Art Fund have been incredible partners and we all aim to celebrate Pope.L and his work.”

The new commissions include a multi-person crawl for Public Art Fund titled Conquest and a -based installation called Choir for the Whitney. MoMA will provide the historical component by displaying its major acquisition of archival media that documents thirteen prominent crawls that took place between 1978 and 2001.

Comer says, “He is still so very much a mid-career artist. At some point there will be a major retrospective of his work. I think, at this moment, it really felt urgent to introduce important bodies of his work, especially in New York. He’s been recognized but the art hasn’t been seen to the degree it should have in New York.”

These museums found common ground on Pope.L largely in the wake of the 2017 Whitney Biennial. Pope.L was among the artists included in that year’s festivities and walked away with the coveted Bucksbaum Award for Claim, an installation that featured photos of random New Yorkers pinned behind rotting pieces of bologna.

Winning the Bucksbaum includes a $100,000 prize as well as an exhibition with the Whitney at a later date. Choir fulfills that latter portion of the Bucksbaum prize package.

Comer says, “MoMA had already started developing plans for a show prior to that, but when he won the Bucksbaum, it seemed like a nice opportunity to kind of team up and figure out ways that our three institutions could develop a broader presentation of his work. Especially as it related to this city.”

Pope.L has a long history with New York City. Born in nearby Newark, New Jersey, much of his initial artistic studies as well as the early portion of his career were spent in and around Manhattan. The crawls at the center of MoMA’s share of the exhibition are set in such iconic locales as Times Square as well as along the entire nine miles of Broadway.

“It’s a way to truly showcase his ranging and innovative practice, and to demonstrate how New York City has played a role in his work. Whether his work takes place in the street or in a gallery, the social element is so important, emphasizing how we all are in and of the world,” says Lew.

“It felt like a really nice conversation about three different ways of approaching his work that literally map Manhattan, much as his earlier work did,” says Comer, “and then there is the fact that you’ve got the Whitney downtown, the MoMA midtown, and the new crawl through Public Art Fund happening in the Village. It suggests the artist’s investment in the city at a certain moment, and using the public spaces of the city in very radical and innovative ways.”

This conversation among MoMA, the Whitney, and Public Art Fund is a great primer not only for the work of one of our era’s most vital living artists, but to see how collaboration among powerhouse institutions can enhance the art-viewing experience. 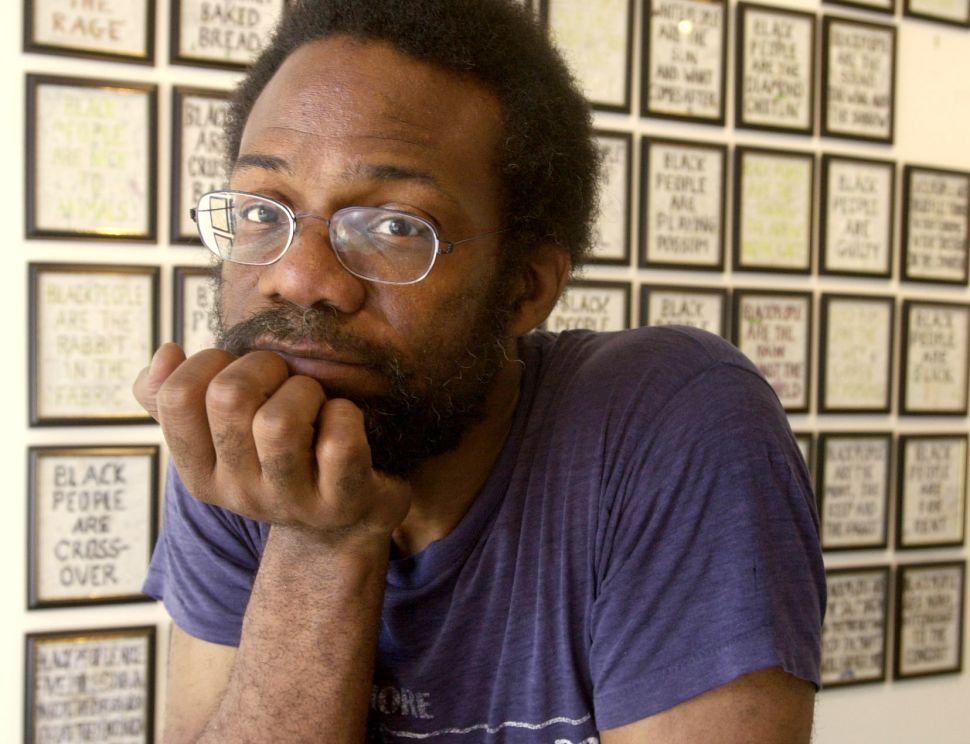