The Duke and Duchess of Sussex are embarking on their first royal tour as a family of three in the fall, and preparations are now underway. Prince Harry and Meghan Markle are visiting Africa after summer comes to an end, with the couple heading to South Africa along with Archie and then the Duke of Sussex making his way to Malawi, Angola and Botswana on his own.

Traveling with a six-month-old isn’t easy, especially when there are numerous daily engagements involved. Luckily, it seems Prince Harry and Meghan have (finally!) found someone to help out on the tour, as they’ve hired a nanny who will be accompanying the family on the trip.

SEE ALSO: Prince Harry and Meghan Are Taking Their First Family Vacation to Balmoral This Summer

The Sussexes haven’t had amazing luck with nannies thus far, as the first two reportedly didn’t work out—perhaps third time’s charm. The new hire is a “female nanny,” reports Us Weekly, who is “an older lady with 20-plus years of experience.” She’s not living at Frogmore Cottage, however, as the Sussexes apparently want to keep a more normal environment for Archie, and keep nights and weekends as family time, sans help. That is, until the tour, when we imagine the new nanny will have a true full time gig. Don’t expect any tell-alls, as Prince Harry and Meghan have had their nannies sign “extensive” nondisclosure agreements.

The Duke and Duchess of Sussex used a “reputable London agency” to help them find the right nanny, per ET, and despite reports that the Sussexes were open to an American or male nanny, they’ve ended up deciding on a British woman for the job.

Perhaps the Sussexes went the traditional royal route and hired a Norland Nanny. These nannies are trained at the prestigious 125-year-old Norland College in Bath, which is known for its elite crop of caretakers that are taught skills like how to avoid paparazzi, self-defense and potential kidnapping protocol, in addition to more traditional skills like cooking and sewing. They don true Mary Poppins-like uniforms that show they’re graduates of the esteemed school, and are often employed by Britain’s high society, including the royals. It’s where Prince William and Kate Middleton turned when they were hiring help for Prince George for the first time. Their nanny, Maria Teresa Turrion Borrallo, actually made her first public appearance when she accompanied the Duke and Duchess of Cambridge on their tour of Australia and New Zealand, when they brought along an eight-month-old Prince George.

Prince Harry and Meghan will get their first real trial at traveling with baby Archie before the tour, as Queen Elizabeth has invited the family to Balmoral in August—maybe that’s when we’ll get our first peek at the Sussexes very own Mary Poppins. 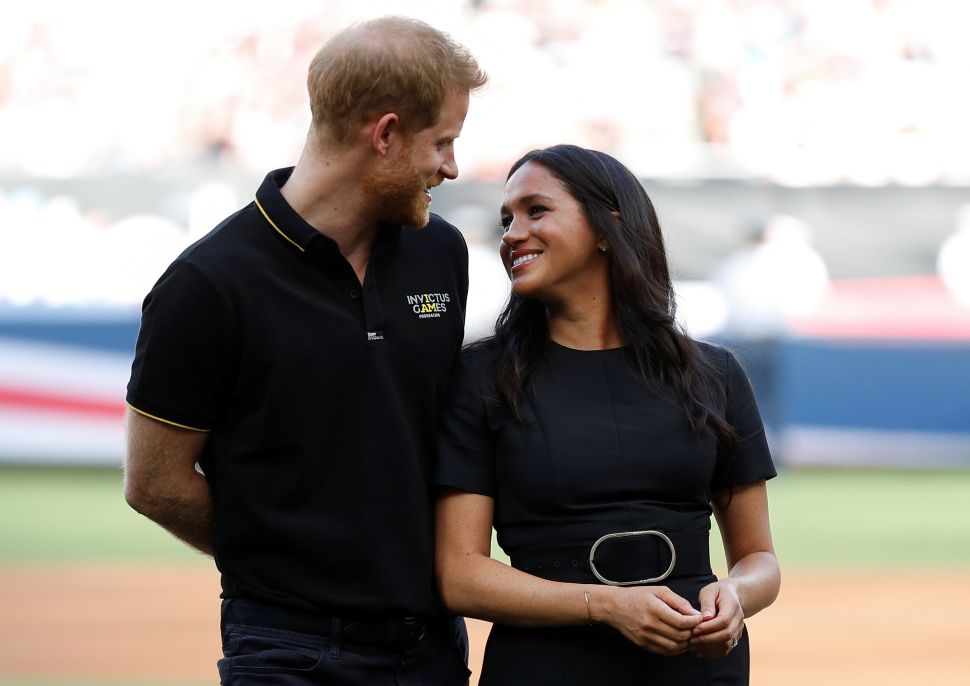