The quiet community around Windsor, where Prince Harry and Meghan Markle live at Frogmore Cottage, is used to royals. After all, one of Queen Elizabeth’s official residences, Windsor Castle, is right there, and many of those who live in the area are employees of the royal family. Alas, one of the Duke and Duchess of Sussex’s own staff got a little too overeager when it came to monitoring the behavior of those in the area, as the Sun reported that the residents were given a strict list of rules on how to act around the Sussexes.

The list included not approaching or starting a conversation with the couple, though to say “Good morning” if one of the Sussexes did strike up a convo. Residents were instructed not to try to pet Prince Harry and Meghan’s dog, nor to offer to walk the pups, and not to ask about Archie or to ask to babysit. Also, don’t try to send them mail!

The community wasn’t exactly thrilled by the “do’s and don’t’s,” but it turns out that Prince Harry and Meghan apparently had nothing to do with the stringent regulations. Buckingham Palace released a statement that the Duke and Duchess of Sussex “didn’t request this, didn’t know about it, and had nothing to do with the content or guidance offered.” Instead, it came from an “overly protective palace official.”

Buckingham Palace also clarified that there wasn’t a written list of rules nor a letter, but it was a “well-intentioned briefing to help a small local community know how to welcome two new residents and help them with any potential encounter,” and “the talk was undertaken by a local manager and was widely viewed as being well received.”

Prince Harry and Meghan have taken their security and privacy seriously since they tied the knot, and especially since they welcomed Archie into the world earlier this year. They’ve reportedly turned Frogmore into a “fortress,” and vacated their Cotswolds home earlier than planned due to a security breach.

According to the Sun, locals were especially unimpressed with the directives because even Queen Elizabeth doesn’t have strict rules about interactions. “We’ve never heard anything like it,” one local told the outlet, noting that everyone in the area “works for the royals and knows how to behave respectfully,” and that the Queen is “very happy for people to greet her,” and even “has tea with people on the estate.” They were especially weirded out by the no-petting dogs rule—perhaps Queen Elizabeth’s corgis and dorgis are just friendlier.

Even if you don’t get an invite to afternoon tea, there’s a chance you’ll get a peek into Frogmore Cottage later this week—the full issue of British Vogue, guest edited by the Duchess of Sussex, is set to be released in the next few days, and there’s reportedly an interview with Meghan herself, complete with an inside look at her and Prince Harry’s Frogmore home. 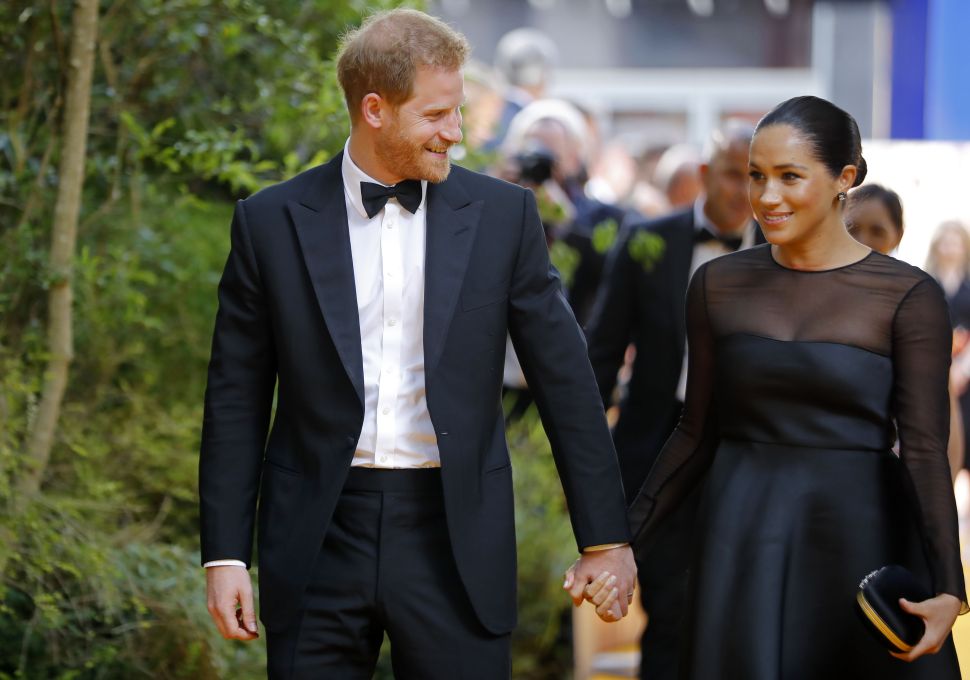