Everyone has a favorite vacation spot, and that includes Prince William and Kate Middleton. The Duke and Duchess of Cambridge apparently like to stick to what they know, and that means Mustique. Prince William and Kate have traveled to the exclusive Caribbean island several times, and they often jet over there around this time of year, as they go on their annual summer break from royal duties at the same time that their children get out of school for the holiday.

So it’s not surprising that the couple is back at their favorite isle, according to the Sun. “It is incredibly private and incredible discreet but not remote,” and the family does “know and trust the staff who work there,” and are “creatures of habit.” Granted, when you’re the future King of England apparently getting stuck in the same routine means frolicking over to a glamorous Caribbean island instead of, say, a quick staycation.

SEE ALSO: Queen Elizabeth Will Be Neighbors With Prince Harry and Meghan Until Her Delayed Balmoral Holiday

The Cambridges headed to Mustique last year, too, and were joined by Middleton’s parents, Carole and Michael, though her sister Pippa didn’t make it as she was about to give birth to her first child. It’s not clear if the Middletons joined the Cambridges this time around, but it would be a nice time for Pippa to bring along her son, Arthur, for some cousin bonding.

Last year marked the Cambridges’ first trip as a family of five, as they brought along Prince George, Princess Charlotte and Prince Louis. They always have lots to celebrate, as it seems they’ve decided to make this annual trek a part of Prince George’s birthday festivities—the third in line to the British throne turned six on July 22.

According to Express, the Duke and Duchess of Cambridge are guests of the owners of the island, and despite the über luxurious locale, still keep it relatively low-key, and that includes Kate and Prince George baking a cake together for the little royal’s big day.  It’s also a no-fly zone, so they can maintain their privacy.

Perhaps Prince William and Kate will go back to Basil’s Bar for some grown-up time like last year, when they attended a big anniversary fête at the Caribbean spot while Prince William showed off his awkward dad dancing. Prince William and Kate’s holiday won’t end after they return to the United Kingdom from their tropical jaunt. They’ll spend some time at Anmer Hall, and then make a trip to Balmoral to see Queen Elizabeth and the rest of the royals. 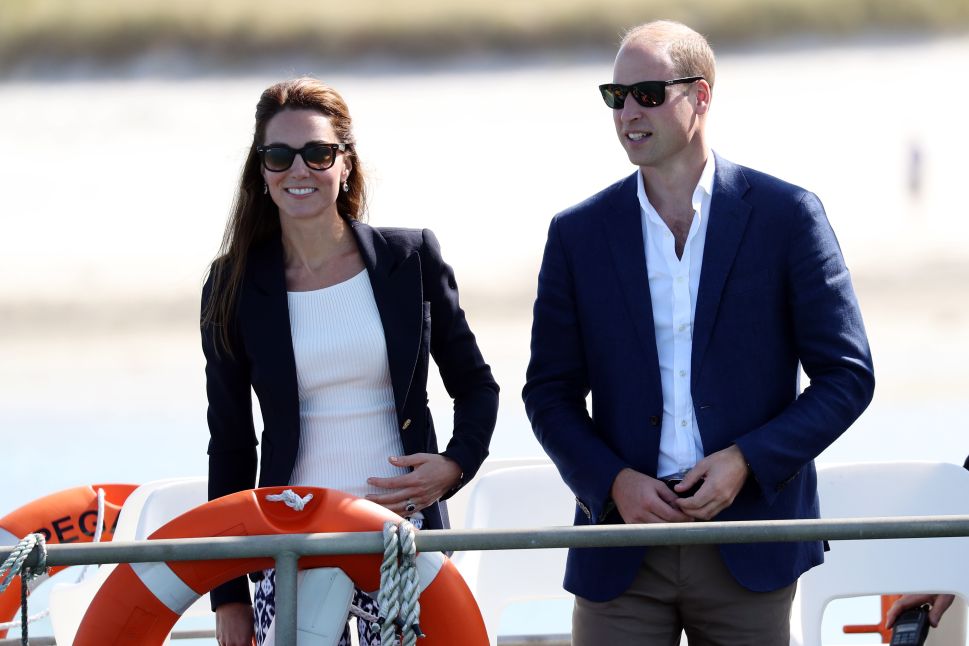