The Duke and Duchess of Cambridge are currently on their annual summer break with their children, Prince George, Princess Charlotte and Prince Louis. Their eldest son turned six on July 22, and Prince William and Kate Middleton went all out—while they celebrated the actual day on their holiday in Mustique, they also threw Prince George a party before they departed for the Caribbean.

Prince William and Kate planned a big soccer-themed bash for Prince George’s big day, reports Hello. They invited all of his classmates from Thomas’s Battersea to the party at their very humble abode, also known as Kensington Palace. We wonder if the royals went the e-vite route or sent paper invitations for their son’s big day. At least they didn’t need to worry about anyone getting confused about the party location.

Apparently, the entire party was all about soccer—erm, football. Perhaps that’s where unofficial family photographer Duchess Kate took those photos of Prince George in his England Lionesses jersey.

Princess Charlotte and Prince Louis were in attendance as well, according to a report from Us Weekly, and Kate was the real mastermind behind all the party planning. That’s not too surprising, as the Middleton family owns an actual party-planning company, and Kate worked there at some point before she walked down the aisle.

Aside from the soccer theme, the Cambridges also had a bouncy castle and magician, per Us Weekly. They hired a caterer to make plenty of kid-friendly foods, including pizza, pasta, cupcakes and candy. Perhaps Kate and Prince George baked the birthday cake together, as they did last year in Mustique.

The future king of England had a few gift requests, as he reportedly wanted binoculars (apparently, he’s big into bird-watching, so maybe he’ll skip the grouse shoot when he visits Queen Elizabeth in Scotland at Balmoral this summer), plus an electric children’s car to ride around in.

The royal family birthday celebrations will continue later in the summer, as Meghan Markle is turning 38 on August 4. The Duchess of Sussex is set to mark the occasion at Balmoral with Prince Harry and the Queen, and while there are no soccer-related events planned that we know of, there will be a special tea held in her honor. 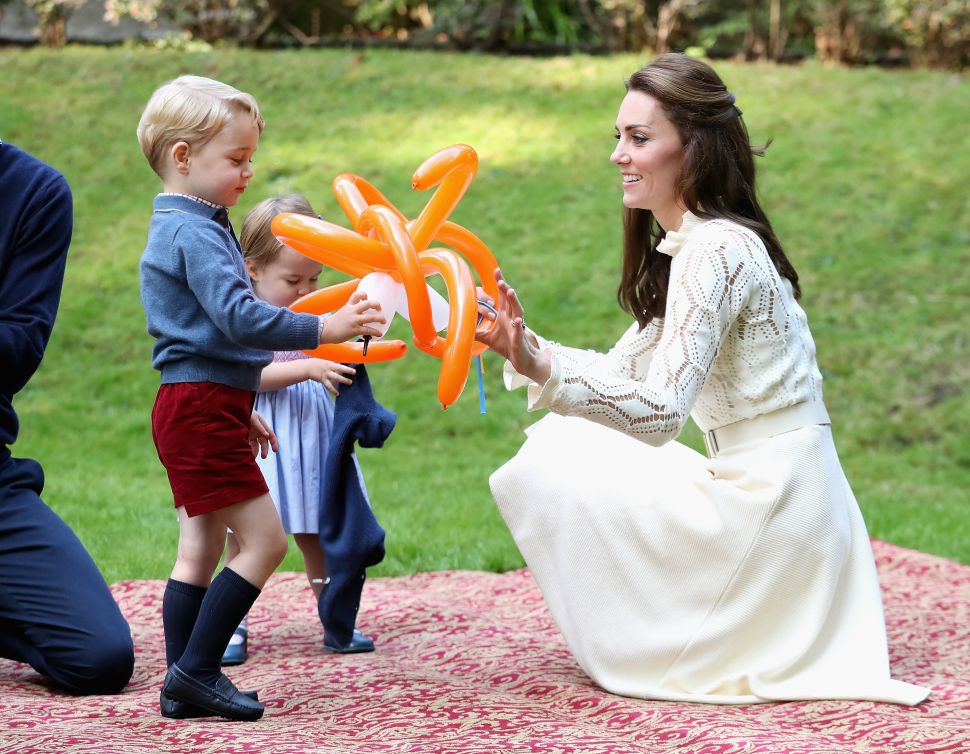