At the end of July, 20 Democratic presidential hopefuls will once again jockey to prove their progressive bona fides. And if past is prologue, candidates such as Sen. Elizabeth Warren (D-Mass.) will once again be bizarrely fixated on private prisons and detention centers at the border. These for-profit facilities have been a target for plenty left-of-center candidates, despite public prisons vastly outnumbering private ones (and documeted abuses at public facilities).

Last month, Sen. Warren unveiled a plan to end imprisonment for profit, stating: “Washington hands billions over to corporations profiting off of inhumane detention and incarceration policies while ignoring the families that are destroyed in the process.” Chasing the ever-elusive progressive vote, former vice president Joe Biden followed suit and called for an end to private imprisonment. While anti-privatization rhetoric always makes for a good sound bite, it rarely makes for good policy. Warren and Biden’s misguided crusade against private prisons would only harm taxpayers, without addressing the very real problems within the American criminal justice system.

At the turn of the 20th century, progressive thinkers set their sights on an overcrowded, filthy, and all-in-all abusive penal system in the United States. It wasn’t difficult to find out what was wrong; all reformers had to do was ask prisoners themselves what could be done to make the corrections system more bearable. Under the guidance of reformers such as Thomas Mott Osborne, “mutual welfare leagues” took the lead in improving uniforms and introducing recreation and entertainment across the nation. But unlike figures such as Osborne, politicians such as Warren and Biden have little understanding of the prison system and propose little in the way of genuine reform.

In fact, there’s little evidence that prisoners are even worse off in private prisons versus their government-run counterparts. The only real meta-analysis, which is a bit dated, provides a useful rejoinder to the horror stories that often inform the public-private prison debate. According to the majority of 12 studies examined by a team of University of Utah scholars in 2009, private prisons are (a tad) safer than public facilities. This is no small matter, considering the epidemic of assault and rape that has gripped nearly all corrections institutions over the past few decades. The one rigorous study examining overall prison conditions, again, gave private institutions the edge, although, again, the effect was small. There’s mixed evidence on health care delivery: “Indicators… suggest no real advantage or disadvantage from private management.”

If prisoners are getting a (slightly) better experience in private prisons, so are taxpayers. It’s difficult to compare the finances of public and private facilities, since the former often has administrative expenses taken care of by the government off the balance sheet. Private prisons must shoulder all of their own expenses, from record-keeping to payroll to pensions. The best side-by-side studies taking these additional, hidden costs into account show that—surprise!—private prisons are better at keeping costs under control.

Studies by the Federal Bureau of Prisons and the National Institute of Justice comparing the privately-run Taft Correctional Institution in California to three federal public institutions—in Elkton, Ohio; Forrest City, Arkansas; and Yazoo City, Mississippi—found significant cost savings. Even after making seemingly every adjustment under the sun, Bureau researchers found a stubborn three percent cost advantage for private prisons. Institute researchers found an astounding 15 percent difference, though the study doesn’t attempt to grapple with Taft’s advantages from being a larger institution than its public “competitors.” But regardless of approaches and assumptions, there does seem to be, at least, a small advantage. And with a federal prison budget of more than $7 billion, even a “meager” three percent savings can translate to hundreds of millions of dollars that could be going toward prisoner rehabilitation and recidivism reduction programs.

Ultimately, politicians looking to address the issue of mass incarceration in America will have to focus on the 92 percent of federal and state prisoners locked up in public facilities.

The institutions responsible for the vast majority of prisoners are by-and-large neglecting their responsibilities to protect prisoners against physical abuse and degradation, as prison guard groups lobby against reasonable laws that would result in less incarceration. Warren and Biden should direct their firepower at mass criminalization, fighting misguided rules that give the police broad powers to arrest citizens for non-violent crimes. All presidential hopefuls must also commit to an in-depth review of prison conditions and support policies that would hold guards and officers accountable for abuses and inaction in the face of abuse. Policymakers and presidential hopefuls should tackle mass incarceration head-on, instead of using private prisons as a scapegoat.

Ross Marchand is the director of policy for the Taxpayers Protection Alliance—read his full bio here. 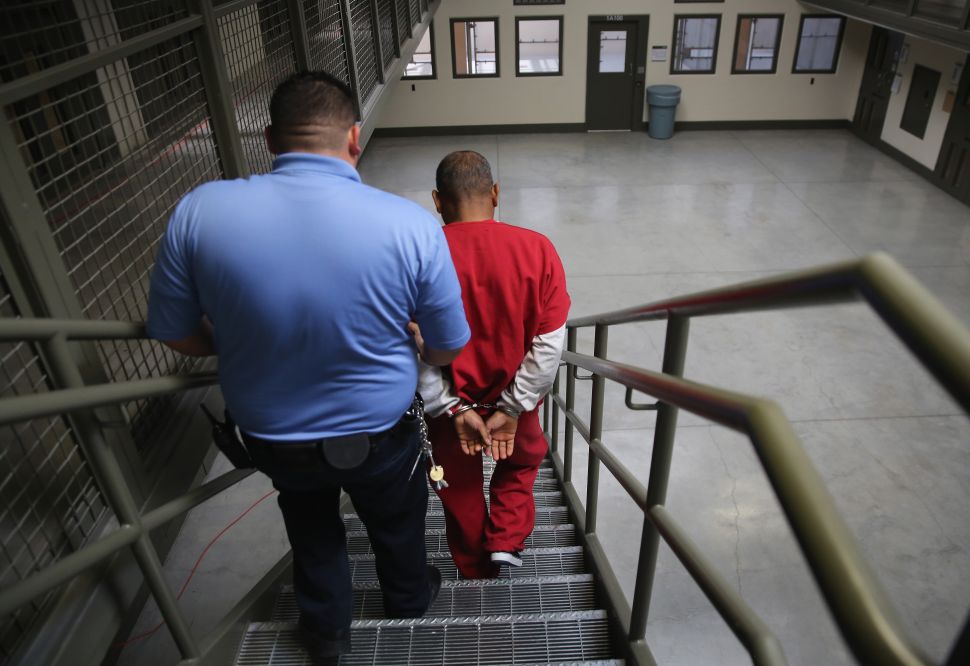