We already know Priyanka Chopra and Nick Jonas are big fans of weddings, considering they tied the knot in multiple ceremonies and couldn’t stop celebrating their own nuptials last year. Perhaps they were really feeling all the newlywed vibes when they attended Sophie Turner and Joe Jonas’ fairytale (second) wedding at a French chateau this summer, as the couple decided to embark on a very honeymoon-esque getaway shortly thereafter.

Via Dell Amore… or Love Way in other words.

Chopra and Jonas jetted off on a dreamy Italian vacation last week, where they really took the whole “under the Tuscan sun” thing to heart—the musician shared an Instagram video of the duo dancing around a field in Tuscany, with Dean Martin’s “Volare” playing in the background. They posed for a photo underneath the “Villa dell’Amore” sign, and presumably actually walked through the street, even without photographic evidence.

Jonas earned his Instagram Husband stripes over the holiday (former president Barack Obama and Prince Harry really started a trend), taking some impressive snaps of his wife on their Italian getaway—there’s a photo of the actress gazing off into the distance (which also doubled as some Google Pixel #sponcon, because two birds with one stone is what we’re going for here), as well as a few poolside bathing suit snaps of Chopra, with an Aperol spritz in hand (take that, New York Times). Chopra was a very appreciative photo subject, thanking her husband in her caption for his photography skills.

Under the Tuscan ☀️ #teampixel 📷: @nickjonas

It wasn’t all poolside lounging and field frolicking, as Chopra and Jonas also worked on their culinary abilities with the local cuisine. The couple took a cooking class, where they made their own pasta and, of course, documented the entire process, complete with a full slideshow on the JoBro’s Instagram with photos of both husband and wife holding the dough.

It looks like they stayed in a private villa (at least according to their pasta videos), and that definitely seems like an upgrade—or at least a big change—from last July 4 weekend, when they spent the holiday in New York having a CitiBike moment with the rest of the JoBros.

Chopra and Jonas have been on quite the European adventure the past few weeks, with stops at Paris Fashion Week, Cannes and of course, the whole Sophie Turner-Joe Jonas wedding. They’re back in London now, still living their best vacation lives, but we might be seeing a lot more of them on that side of the pond in the future, as Chopra recently told Elle that she and Jonas eventually want to buy a place in London—perhaps her pal Meghan Markle can give her a few home tips. 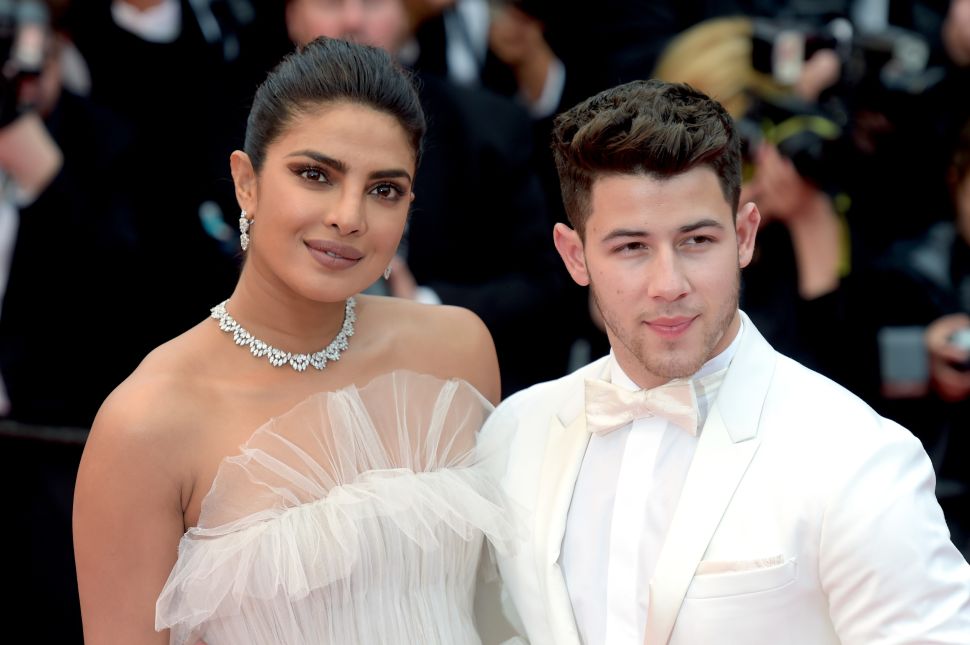