Artists who reckon with the destabilizing effects of sickness, and make work about it, are way more brave than they should ever have to be. Cancer is a void that makes a great attempt to swallow you up; people who find some way to stare down this possibility and interpret their experience creatively for the comfort and assistance of others do us a great service. Poet and essayist Anne Boyer (whose 2018 work of literary nonfiction A Handbook of Disappointed Fate kicked off with the unforgettable line, “History is full of people who just didn’t”) is releasing a book this year that will parse through her struggle with being diagnosed with extremely aggressive breast cancer. And later in October, the polymath French artist Prune Nourry will premiere a documentary film in select theaters dealing with the exact same thing: a devastating breast cancer diagnosis that upends the artist’s life.

Nourry is a multidisciplinary artist who’s long been using her art to deal with the weirdness of the human body and the unreasonable expectations placed on women’s bodies in particular. However, what the trailer for this film seems to convey, is that to revel in one’s health means that you have the ability to use your body in whatever weird, arcane ways you see fit. It’s a message that has garnered support from some unexpected places—Hollywood heavyweights Angelina Jolie and Darren Aronofsky serve as producers, along with Sol Guy.

Slowly and deliberately, Nourry drags a scalpel-like tool along the surface of a huge ball of what appears to be clay. She’s tracing perfect lines into the substance as casually as you or I would toss a frisbee back and forth on a beach. By the end of the trailer, we see that the long lines have become the hair of a young woman’s disembodied head, and that there’s a crack running down the center of the statue’s face. A press release on the film offered it up as both a “medical odyssey” and an “epic artistic adventure as she discovers new meaning in her impressive body of work and its serendipitous relationship to her own survival.” Perhaps this film will offer not only a glimpse into the experience of coping with such an illness, but insight into the strength it takes to share that journey. 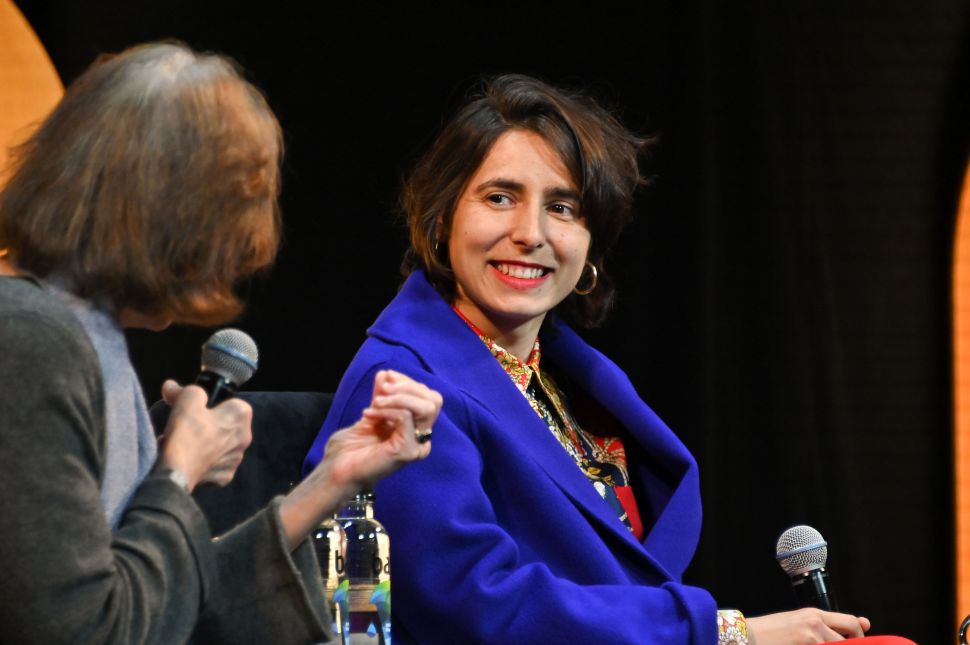