As an actress, Regina King has won an Academy Award, a Golden Globe and three Primetime Emmys. She also voiced both Huey and Riley Freeman in The Boondocks, which may not have come with any prestigious hardware but is nonetheless one of the cooler accomplishments in Hollywood. Next up, she’ll try her hand as a big-screen filmmaker.

King has a long track record of directorial work on the small screen, including episodes of Scandal, This Is Us, Shameless and The Good Doctor. But sources tell Observer that she’s set to make her feature directorial debut with an adaptation of the fictional 2013 play One Night in Miami, written by Kemp Powers.

SEE ALSO: A Streamer Doubled A24’s Offer for Sundance Hit ‘The Farewell’ and Lost—Here’s Why

Here’s what happens: On the night of February 25th, 1964 in Miami, Cassius Clay became the world’s Heavyweight Champion after defeating Sonny Liston in the ring. Following the fight, Cassius joins his three close friends—a singer (Sam Cooke), a visionary (Malcolm X) and an NFL Hall of Famer and future action movie star (Jim Brown)—in his hotel room to celebrate. They not only discuss their private lives but also the responsibility of being successful black men during the civil rights movement, as they boldly challenge each other to be the best versions of themselves. What happened in that room would change all of their lives, and the world, forever.

The world isn’t exactly starved for information on these iconic figures, but character details for Clay and Brown include:

Clay: 20s. A physical specimen with an unforgettable personality. The man who will one day be known as Muhammad Ali has just become the heavyweight world champion and now bears a massive ego on his shoulders as if it weighed nothing. His confidence has always been part of his charm, but Cassius has been considering something even bigger than boxing—committing his life to a powerful cause, and a higher power…

Brown: Late 20s to mid 30s. Built and powerful, with an obvious presence where he goes, Jim Brown has already made himself a household name as one of the greatest running backs to play the game of football, but he has passion for the arts as well. A long evening with his friends allows him to reflect on his desires and his position in the world—he wonders if he’ll always be used as a tool for white society, or if he can be who he wants to be…

Production is expected to being in late 2019 or early 2020. One Night in Miami will be produced by Snoot Entertainment and ABKCO. Producers are Keith Calder, Jess Wu Calder, and Jody Klein. Kemp Powers wrote the screenplay from his own play. Representatives for King did not immediately respond to Observer’s request for comment. 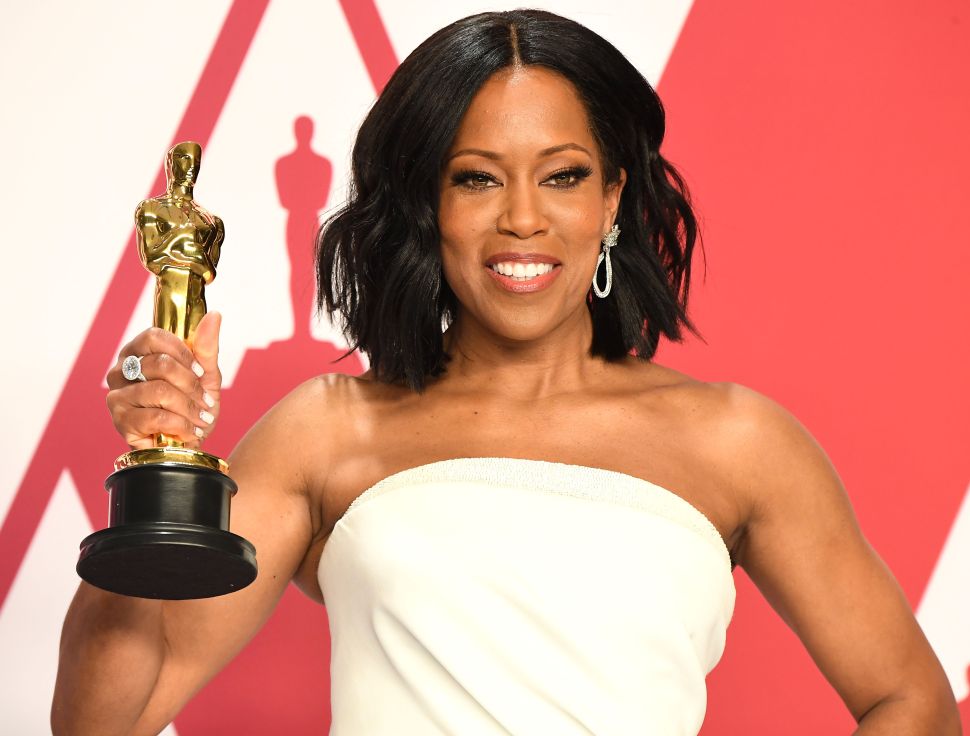