The space tourism company will merge with Social Capital Hedosophia, which acquired a 49 percent stake in Virgin Galactic via an $800 million investment.

“By embarking on this new chapter, at this advanced point in Virgin Galactic’s development, we can open space to more investors and in doing so, open space to thousands of new astronauts,” Branson said in the announcement.

The company claims that, to date, 600 space enthusiasts have signed up to be launched into space in the next decade; the first “test” rider was sent up on Virgin’s VSS Unity spaceship in February. The mission was considered an important step for Galactic’s long term goal to make civilian space travel the norm.

Ticket sales for upcoming voyages are said to have brought in about $80 million. Despite the excitement for space tourism over the past few years, Virgin Galactic’s market still seems limited, considering the cost and novelty of space travel. However, Branson argues that the race to space travel is well worth the investment in the long term, given that both Elon Musk’s SpaceX and Jeff Bezos’ Blue Origin are attempting to get there first.

“I think we can do it a lot quicker than aviation did it. So, 10 years from now we should see quite a dramatic decrease in our prices,” the billionaire told CNBC’s Squawk Box.

Branson founded the futuristic travel venture back in 2004 and has mostly funded it himself until now. With a public listing, Virgin Galactic has taken a major leap that its competitors haven’t yet, making it the first publicly traded space travel company. This isn’t the first time the British entrepreneur has chosen to take a company public with the help of institutional underwriters. In 2014, Branson’s airline Virgin Atlantic went public by raising $305.9 million with rounds from Barclays and Deutsche Bank, only to be sold to Alaska Airlines in 2016.

Virgin Galactic is expected to be valued at $1.5 billion by the time its merger with Social Capital is complete later this year. 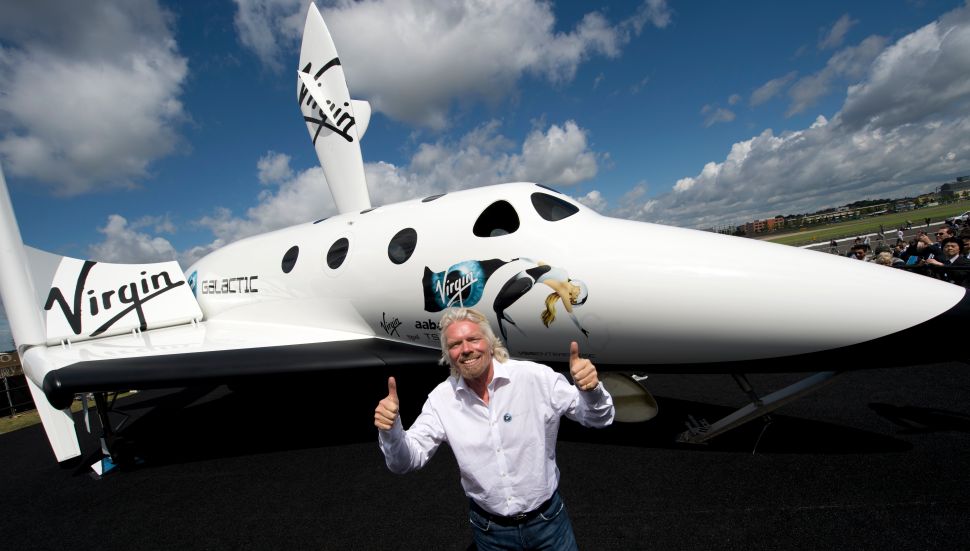