In the heyday of traditional linear television, everything worked like clockwork. There were tight and consistent schedules that every show closely adhered to so that audiences could reliably understand the ebbs and flows of the TV season, especially on the broadcast networks. But as cable and streaming have emerged as the dominant small screen powers and the line between entertainment mediums has continued to blur, consistent schedules have become a thing of the past. HBO’s Game of Thrones, FX’s Atlanta and Netflix’s Mindhunter are just three of many examples that took their sweet time to return to the airwaves. Thankfully, Adult Swim’s popular animated hit Rick and Morty will work towards a more normalized schedule moving forward.

Rick and Morty took 18 months to return after its second season, and now fans have been waiting more than two years since season three concluded. That type of extended layoff would be a death sentence for almost any other show. But creators Dan Harmon and Justin Roiland, who cited complicated contract negotiations as a delaying factor for the new season, are determined to rein in the elapsed time now that they’re locked in for another 70 episodes.

SEE ALSO: Why ‘The Good Place’ Is the New ‘Community’

“I think it’s safe to say without fear of being wrong that the gap between seasons three and four will be the longest and last time that it’s ever so long that it’s ridiculous,” Harmon told Entertainment Weekly. “I don’t know how fast we can do it, but I know it will never be this long again. There were so many things that had to be settled before we even started season four, and it’s really safe to say we’re literally writing season five while finishing season four just to force ourselves to commit to a certain schedule.”

Season four will consist of 10 episodes. The creative pair debuted the first footage, complete with a Taika Waititi cameo, from the new batch this past weekend at San Diego Comic Con.

“Without giving anything away, we have serialized stuff we check in on now and then that’s sprinkled over the top of strong episodic episodes,” Roiland said. “To fans of the show, they’re going to want to watch them in order. [And] I would definitely say watch all of season three before season four.”

Rick and Morty season four is expected to premiere in November. 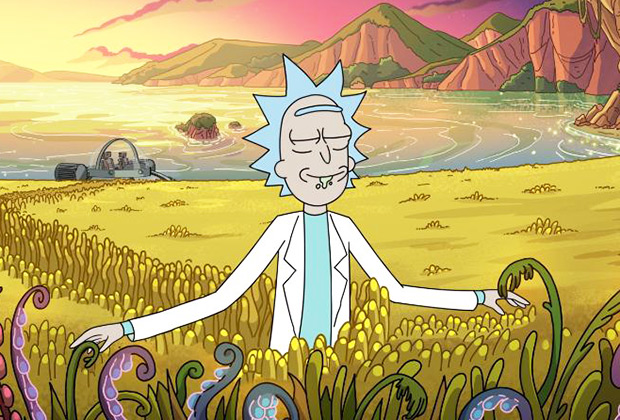