One of President Donald Trump’s big campaign promises was to bring back all of the coal mining jobs. Did Trump have technological insights to back this claim or was he just saying whatever it would take to get this sector’s vote?

It’s a campaign promise Trump can’t keep; according to Bureau of Labor Statistics, employment in the coal industry have been on a steep decline with 84,800 coal jobs in 2008 dropping to 52,900 by 2018. It’s impossible to bring back jobs to a dying industry.

SEE ALSO: How Artificial Intelligence Is Changing the Way We Look at Food

Trump made an unrealistic promise. Time marches on and technology makes work more efficient and replaces jobs—of course, sadly at the expense of those in that industry. Need an example? In 1958, bagel rolling machines replaced the work of hand-rolling bagels; it’s a job that’s rarely seen in 2019.

The robot uprising is inevitable.

Take the world’s first raspberry-picking robot, an autonomous machine that’s in development by Fieldwork Robotics at the University of Plymouth in the UK. This fruit-picking Terminator, so to speak, was developed for £700,000 ($888,230 USD) and is expected to pick more than 25,000 raspberries a day—outpacing its human counterparts who average 15,000 picked raspberries during an eight-hour shift. And, raspberries, in general, are hard to pick by human hand, thus robots have the advantage.

This robotic harvesting system is guided by sensors and 3D cameras, and the gripper zooms in on ripe fruit, utilizing artificial intelligence (AI) for machine learning to pick a raspberry in 10 seconds or less.

Robots have been changing the face of the farm industry from milking cows to weeding and planting crops. Though robots create more productivity, it’s also at the expense of migrant workers who have been doing these type of jobs for decades.

Outside of farming, Shanghai has introduced the first human-free robot bank, where employees are never late for work (because they are robots). No, this isn’t like Westworld where all the tellers are human-looking robots (thought that would be cool). At the Jiujiang Road branch of the China Construction Bank, customers interact with Xiao Long, or “Little Dragon,” a robot who can take bankcards, check accounts and answer basic banking questions. Customers’ faces are also scanned, and on future visits, facial recognition will pull up their account information. (Sounds like Batman’s the Joker would fully take advantage of this for crime purposes.) Then again, we now do most of our bank-related tasks online anyway—so, in a way, we’re already doing ‘human-free’ banking.

China is leading the charge when it comes to robots doing human jobs. Police patrol robots are a common site at many major railway stations. Unlike RoboCop, who apprehends wrongdoers, these robots are programmed to scan travelers’ faces and answer basic questions.

Human-like robot waiters were also a fad in China a couple of years ago, but it was more of a gimmick to get customers into restaurants; the machine version of servers was a bit slow and proved to be more trouble than expected.

AI robots, on the other hand, have proved to be a little more successful as food servers, sacrificing the cute quality for efficiency. Plus, a disgruntled AI robot is not going to spit in your food.

According to the non-profit industry organization the International Federation of Robots (great name by the way), China is the biggest shareholder of the robotic global market with a net worth of $30 billion. Still, there are other costs: Taiwanese manufacturer Foxconn cut tens of thousands of employees’ jobs—and replaced them with machine labor that’s comprised of 40,000 factory robots.

Yes, the robot uprising is inevitable due to the efficiency it creates. The key, though, would be to have a properly functioning government that’s willing to create new human jobs for those displaced. 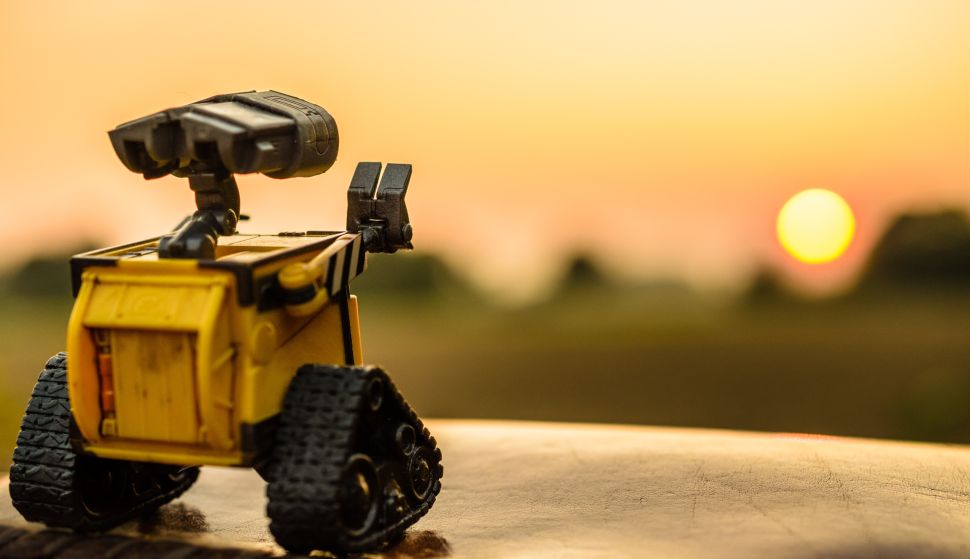