When assessing the classic car landscape, it can be easy to dismiss the collection of aging luxury automobiles as an activity only extremely wealthy people are interested in. You’d be partially correct in this assessment, but it’s also interesting to think about how close we might be as a civilization to doing away with cars entirely—not because we no longer need them, but because they’re wreaking havoc on the environment. This tension between desire for transportation and recognition of its drawbacks is perhaps why we romanticize mid-20th century vehicles so much: they harken back to a time where everyone was at least pretending that everything was fine. On Tuesday, one of these quintessential cars will be up for auction by Guernsey’s at the Pierre Hotel in New York City: a 1961 Rolls-Royce Silver Cloud that once belonged to Hollywood icon Elizabeth Taylor.

SEE ALSO: The Man Who Paid $1.2 Million for a Sneaker Collection Knows How to Spot a Good Investment

The almost mythic story that surrounds Taylor’s acquisition of this vehicle sounds typical of the film industry at the time. If there were a camera present, it would have zoomed in on a beautiful and oft-married movie star living in a hotel (the Pierre Hotel, as it happens) who desperately wants to get away; to go anywhere other than where she was at the time. So, naturally, she submits an order for a drop-top coupe and has it painted “smoke green” to match her wedding dress, despite the small caveat that she likely didn’t have a driver’s license. Taylor dubbed the car Green Goddess and kept it for 20 years. Now, Guernsey’s auction house in Manhattan estimates that it will be sold for up to $2 million. Also up for sale are a Christian Louboutin evening bag and a Versace gown that both belonged to the actress.

As the art market spirals further into realms of unimaginable wealth, with AI-painted artworks hitting the block and niche auctions where anything can become a luxury good, there’s something almost quaint about the idea of acquiring a car that once belonged to a film star with eyes the color of violet. 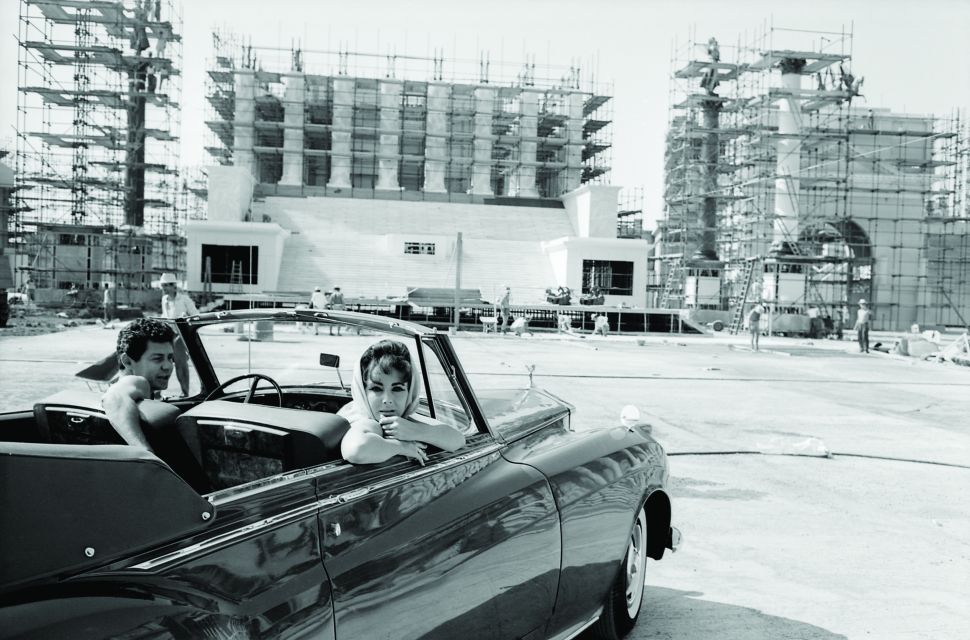