Depending on how you look at it, my 985-square-foot Brooklyn apartment is either a technological marvel with wall-to-wall conveniences, or it’s a confusing maze of digital assistants and unnecessary remote control integration that just gets in the way. For me, changing the temperature in the living room is a simple, lazy act of saying, “Hey Siri, set living room to 72.” To my wife, however, it’s an annoying act of finding an app, connecting to Wi-Fi and figuring out how to just be a little more comfortable.

My home has two zones of Nest smart thermostats, two Nest Protect smoke alarms, a Nest video surveillance camera, a Nest security system, a Harmony remote control hub, an Apple TV that plays along with all of this, ethernet ports in every room and Philips Hue Wi-Fi LED lights in virtually every available socket, bathrooms included.

SEE ALSO: Scientist Behind Alexa Wants It to Have a Fully Functioning Body

I can (and do) control everything from a single app or my voice. But because I don’t live alone, I have also installed wall switches for the lights and a simple universal remote for the TV and sound system. That way, when I have company or family is staying at my place, they can operate things the way normal humans do: dial a desired temperature on the thermostat, flick the lights on and push the “on” button to watch the news.

If all of this sounds needlessly complex for the sake of unquantifiable convenience, that’s probably because it is. The nerd in me gets a quiet thrill out of telling a digital assistant to dim the lights. The practical person that my wife is sees no thrill in such things; a simple switch will suffice.

Is all of this smart-home, Internet of Things business actually more convenient? Is saying “Alexa, watch Midnight Diner on Netflix” easier than turning the TV on? On first glance, it would seem so. But in daily practice, one begins to wonder about his sanity and need for tech in places where, let’s be honest, sometimes tech just isn’t necessary.

On paper, on commercials and in the marketing materials, smart homes are, like flying cars, the future we were all promised: invisible robots patiently awaiting our commands, every bit of entertainment and home control at our fingertips (or voice) regardless of where we are, the exact stuff of Star Trek when we can just say “tea, Earl Gray, hot” and it appears. (Jean-Luc Picard’s food replicator is not available yet, but the effect of saying “Hey Siri, watch the Yankee game” is similarly empowering.)

But now that I’ve lived in a smart home for three years, the empowerment has morphed to dependence, and that dependence now has notes of anxiety. Now, if my WiFi goes down for even a moment, my entire home—lights, HVAC, security, safety and entertainment—needs a reboot. If there’s a power outage, forgettaboutit.

It all started innocently enough. My smart thermostat promised to save money by learning when I’m home and adjusting the temperature only when needed. But that hasn’t really manifested. The device cost me $400 in the first place, and I haven’t seen a single digit change in electric usage since I installed it circa 2016. And, in fact, it’s done some bizarre things. It will randomly change temperatures based on some learning algorithm that neither I, my wife nor the cat can make sense of.

And then there are the creepy moments from the security camera. One cool, quiet Brooklyn night last fall, I was up late in the study chasing a deadline. Everyone in the house had been asleep for hours when my phone buzzed me out my writing zone.

From where I sat at my computer, the aforementioned living room was directly behind me. Whatever my camera had spotted was, by my calculations, standing right behind me, silent. I scanned the video feed on my phone, looking for figures in the night-vision, seeing nothing. Had the “person” already made it behind me and out of the camera’s vision? Had my wife gone for a midnight glass of ? No, it couldn’t be that, I would have heard her.

What was behind me?

Nothing. It turned out to be a false alarm. This terrifying scenario has played out multiple times now. Sometimes, it happens while I’m traveling and I think my home is being robbed. Other times, it happens while I’m home like a “the call is coming from inside the house” chilling moment. Either way, whatever my camera thinks it sees, it has never picked up on a real intruder.

Then there are my beloved smoke alarms. My Nest Protects ($120 each) look like any other smoke and carbon monoxide alarms. But these ones are connected. If there’s a fire, they will turn the lights on and even contact emergency services for me. Ironically, since they do the least of all the smart devices in my home, I like them the most. The one magical thing I can do with them is—as silly as it sounds—turn them off.

That’s because I like to cook. And I like to sear thing in cast iron, especially steaks and fish. New York apartments don’t have the best ventilation systems, and any New Yorker will tell you that they’ve set off a smoke alarm when trying to get some nice Maillard-reaction crust on their petite filets.

But now that all of this stuff is installed in my home, now that I’ve lived with it for years and now that my wife (and cat) have distanced themselves from it all, eschewing any implied convenience for the simple act of turning on a light and setting a temperature, I’m taking stock. Is the connected home all that?

Overall, I’ve spent roughly $2,000 on all of this technology across the thermostats, lights, security system and wall switches. And, so far, it hasn’t added any tangible benefits outside of the occasional wow factor and party lights at dinner parties. And while I’ve (luckily) not had to rely on the tech for break-ins or fires, I’d be hard pressed to say that because this tech is connected to the internet, that it’s any better than old-world “dumb” tech.

I asked my wife if she’d care if we switched to a traditional security system from a company like ADP. “Why would I care?” she answered, matter-of-factly.

It appears we’re not alone. While smart-home technology like Hue connected lights were all the rage in 2016, consumer interest has cooled. Philips Hue products were once top-20 sellers on Amazon during the holidays of 2016. Now, they struggle to remain in the top-100.

It would be easy to conclude that smart-home tech is just a fad: that people like me who were once early adopters, eager to control our lights and air conditioners from our iPhones, have realized that setting the room temperature isn’t really something that needs improvement, that dialing in a groovy lighting schema from the couch isn’t a must-have and that connecting one’s every device to the internet is, at times, really creepy.

But there’s no turning back, I think. IKEA now sells connected blinds and lights for a fraction of what they cost from Philips and other manufacturers just last year. Our homes are getting smart whether we like it or not. The good news is that, in most cases, these devices still come with the most important feature of all: an on and off switch. 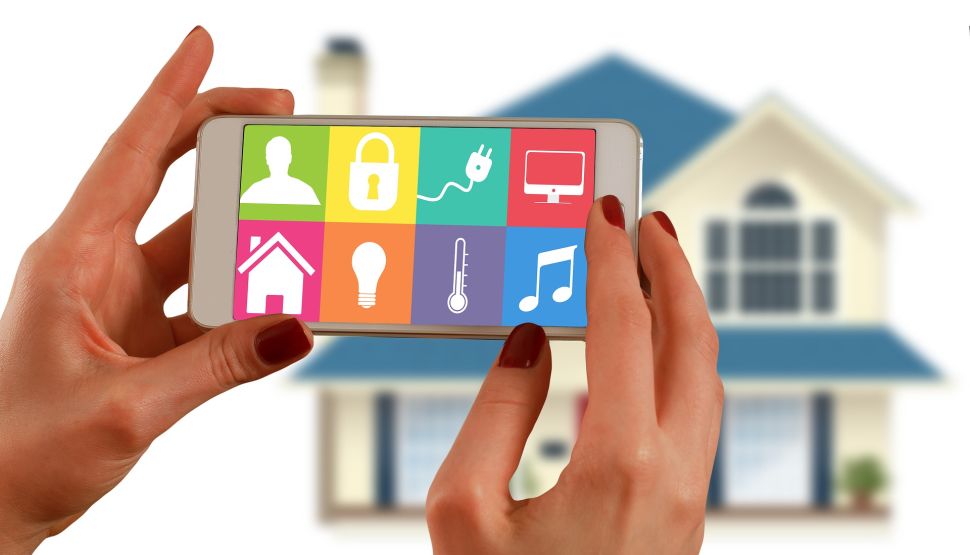