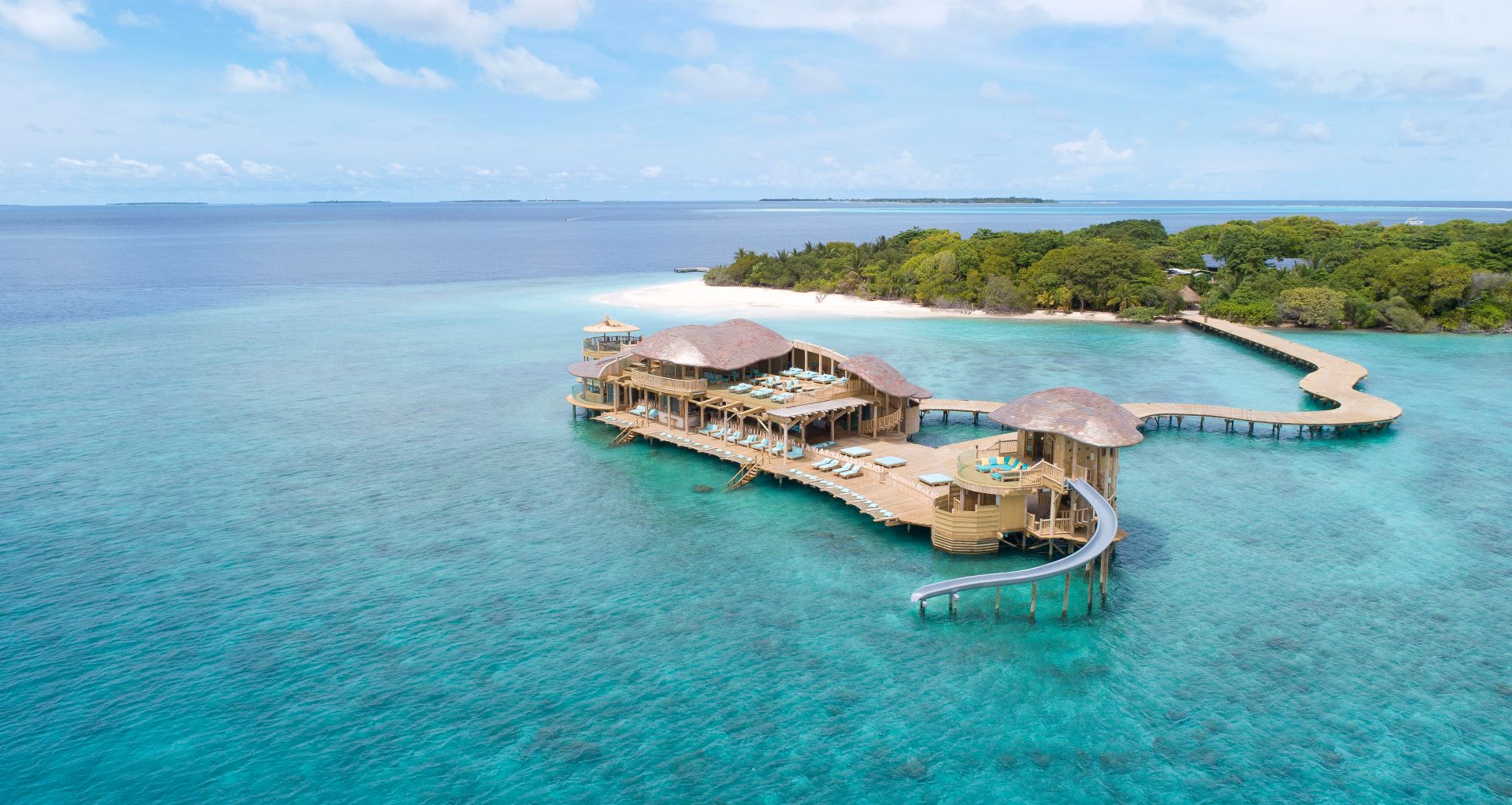 Sophie Turner and Joe Jonas went to the Maldives for their honeymoon. Click through to see inside.
Courtesy Soneva Fushi 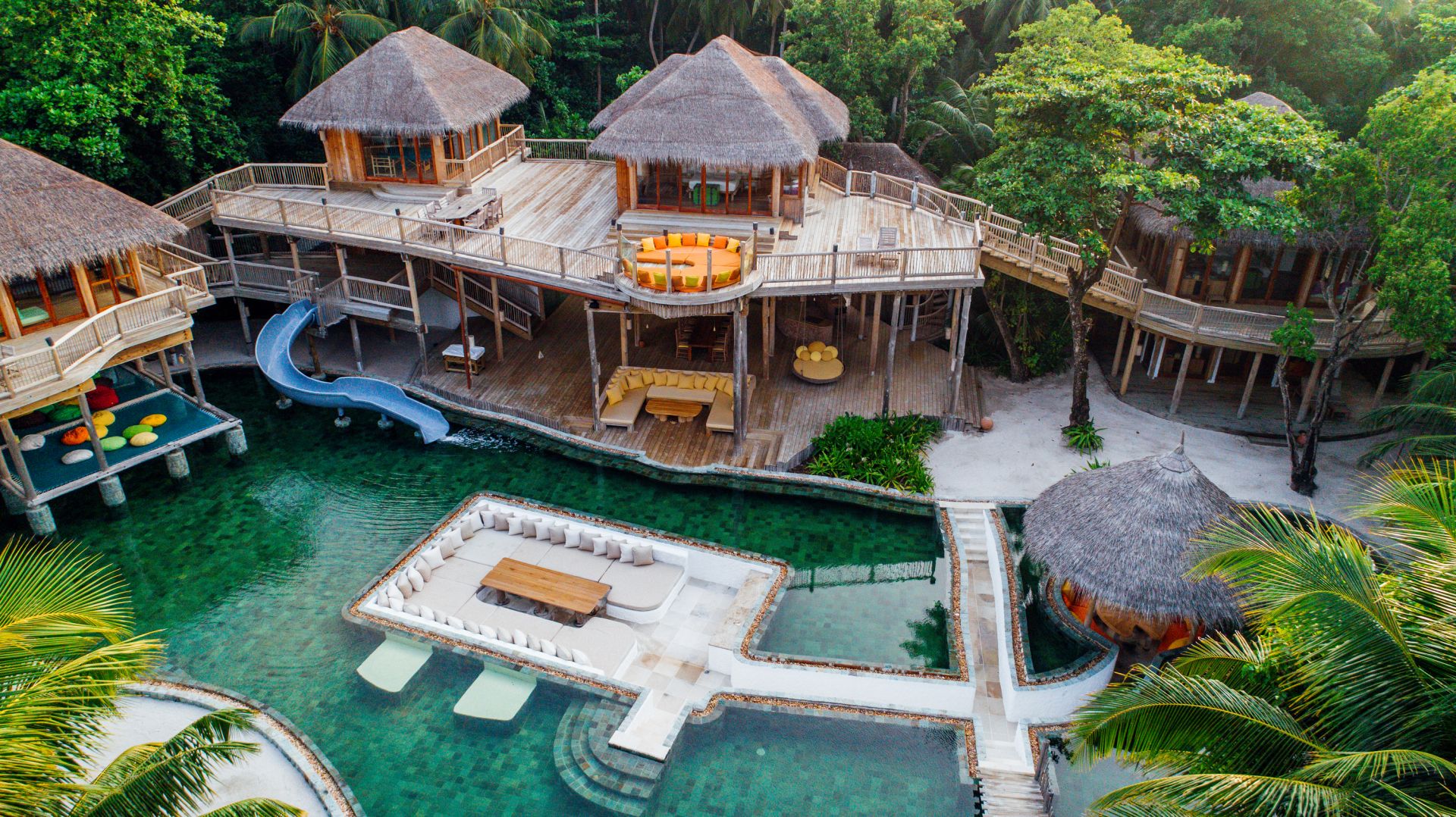 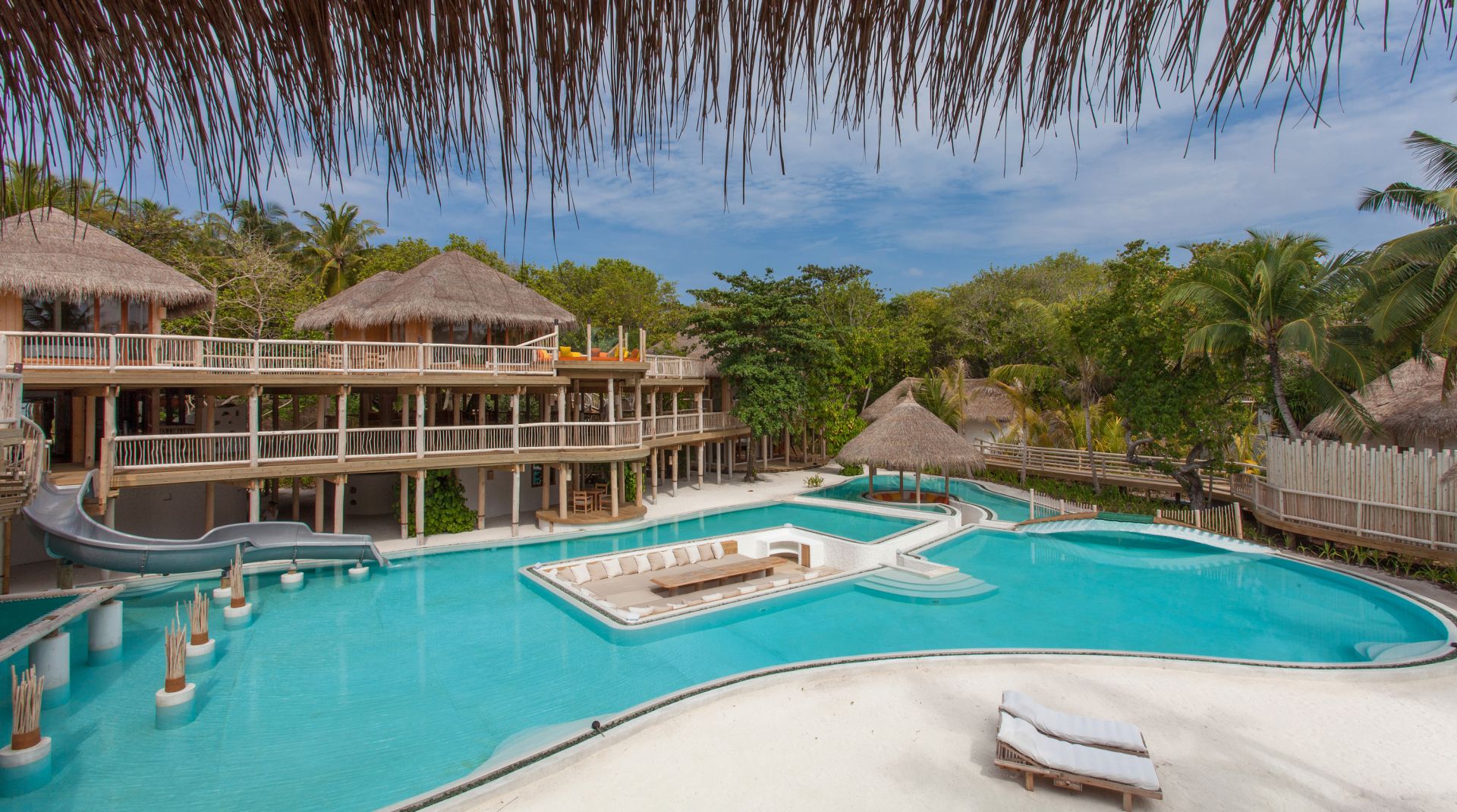 There are just 63 villas at the resort.
Courtesy Soneva Fushi 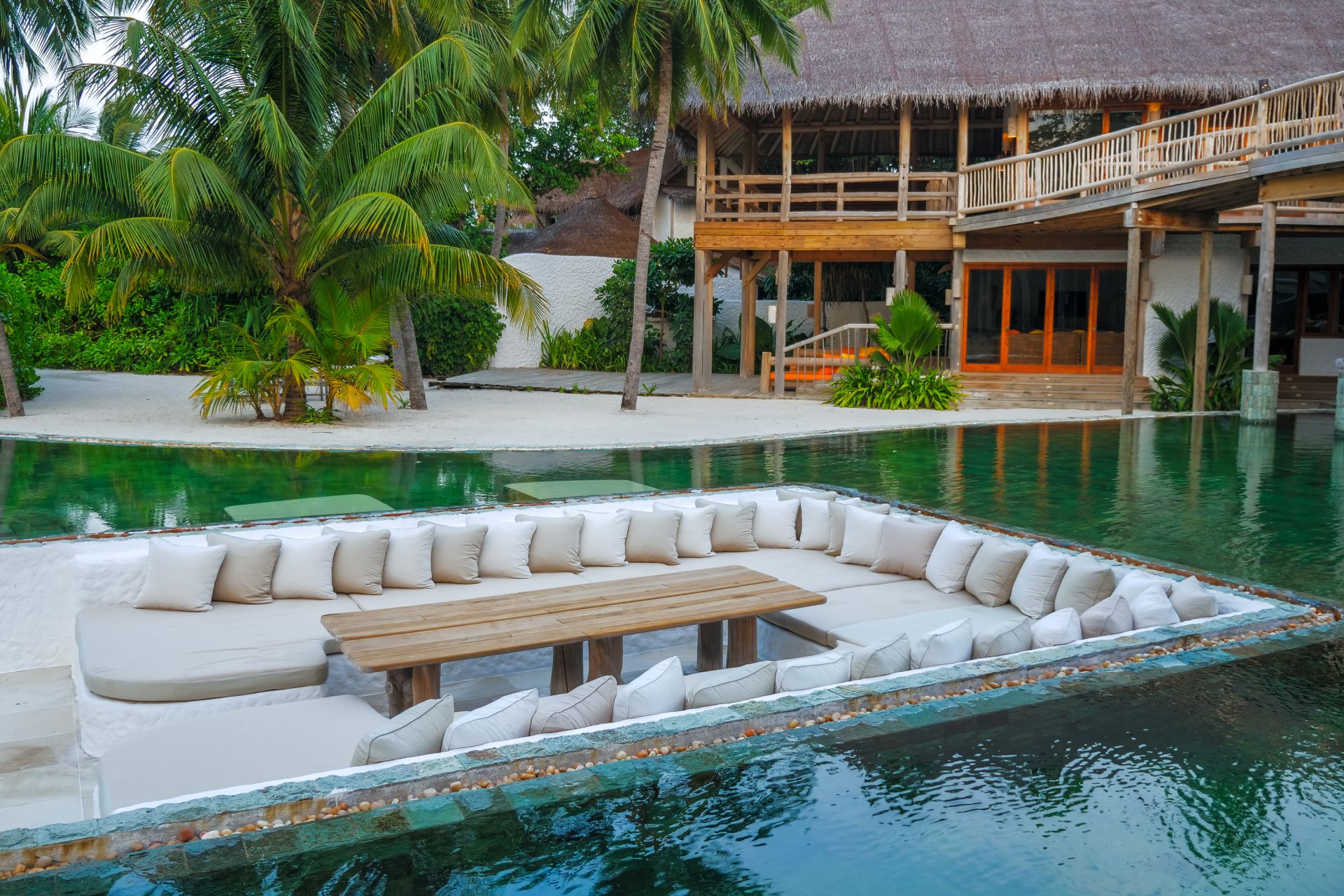 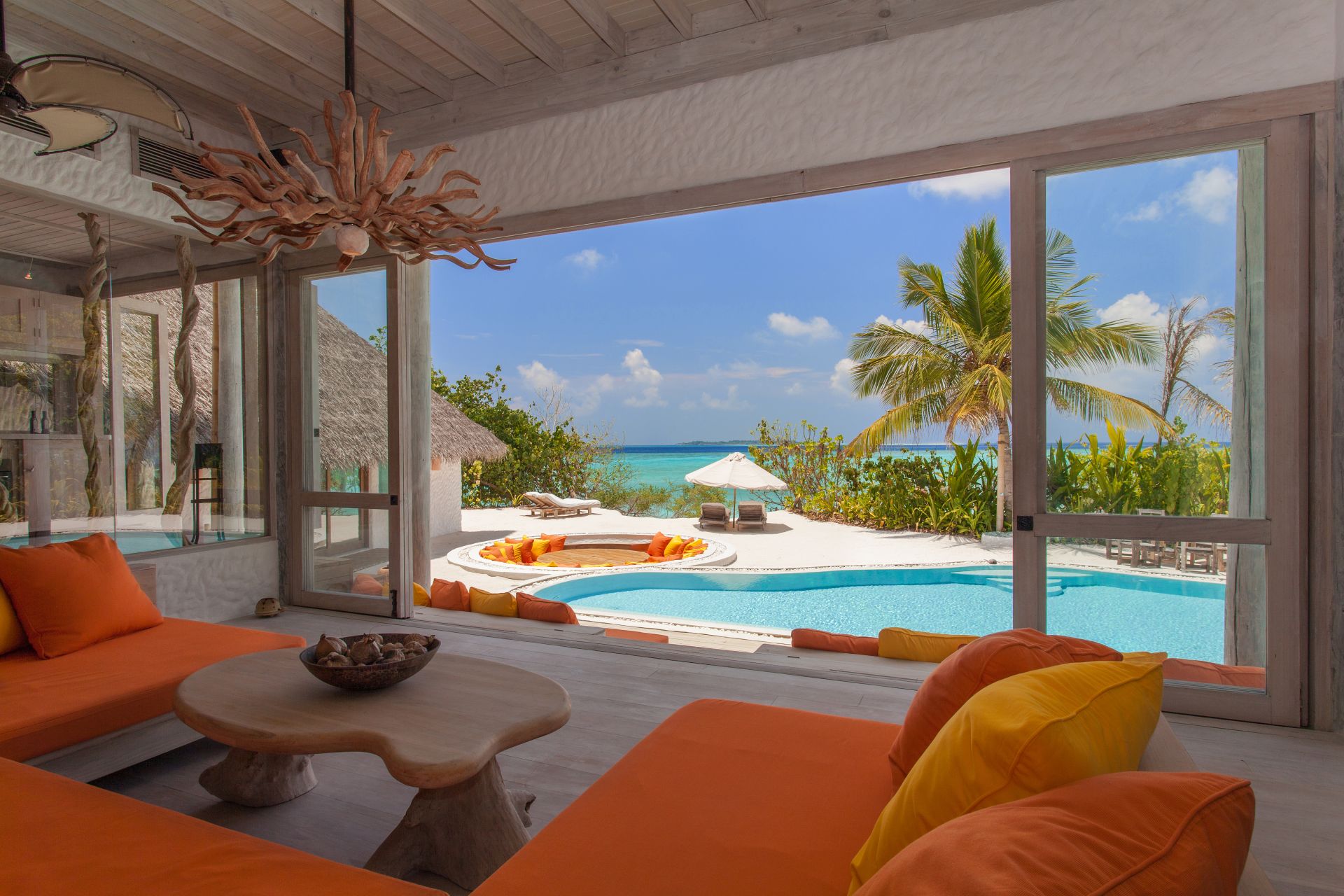 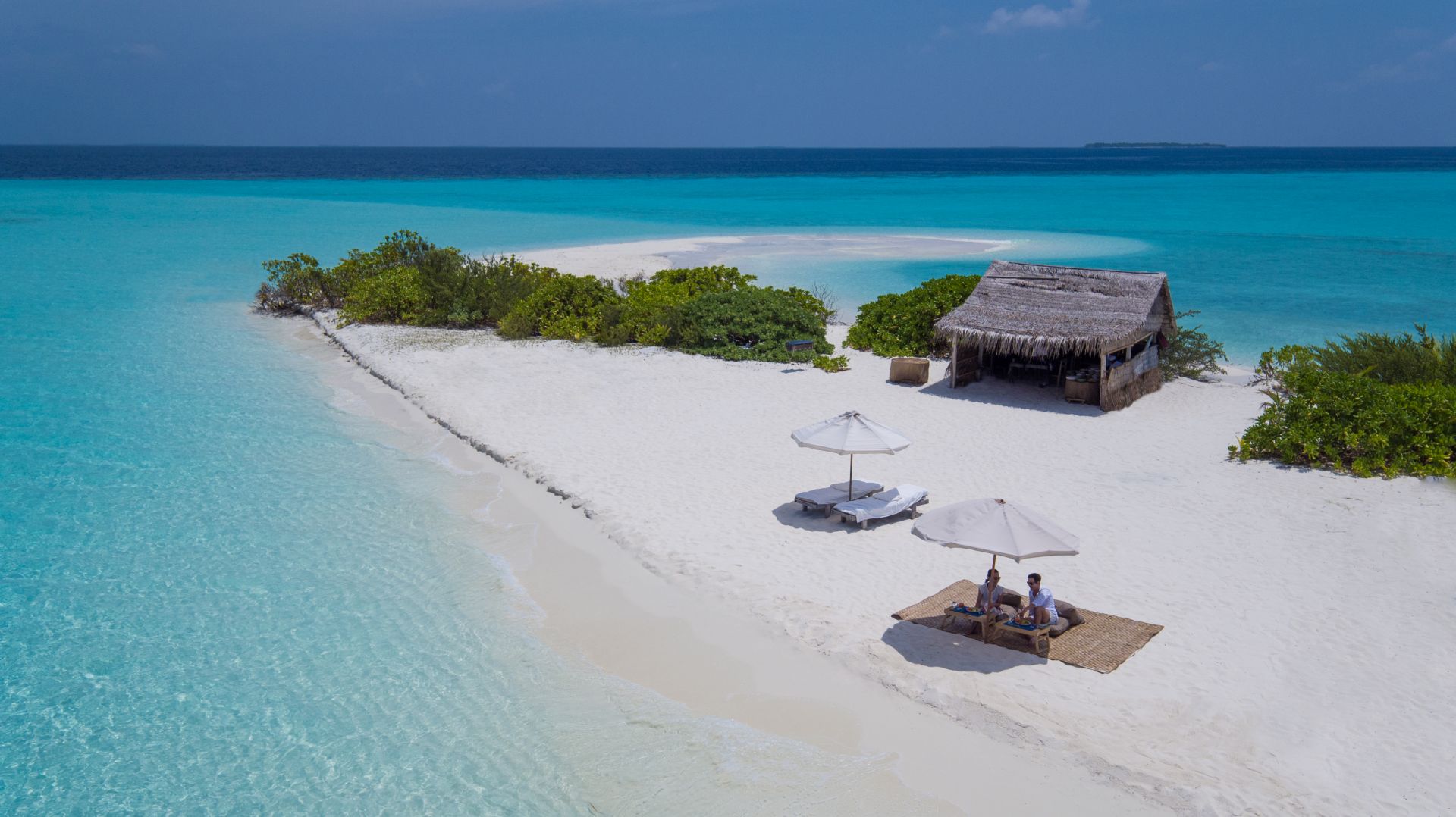 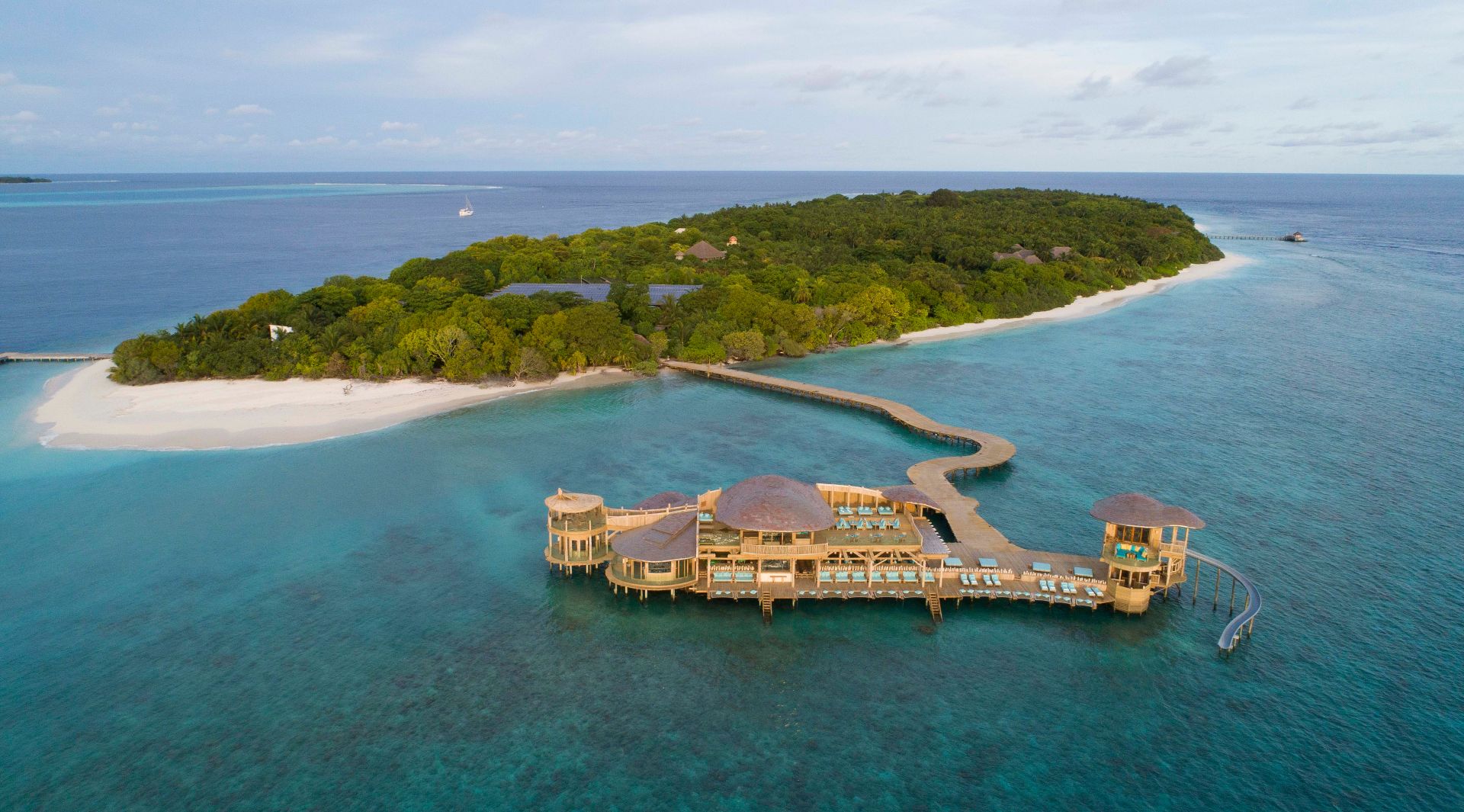 The resort is only reachable via plane.
Courtesy Soneva Fushi
Advertisement 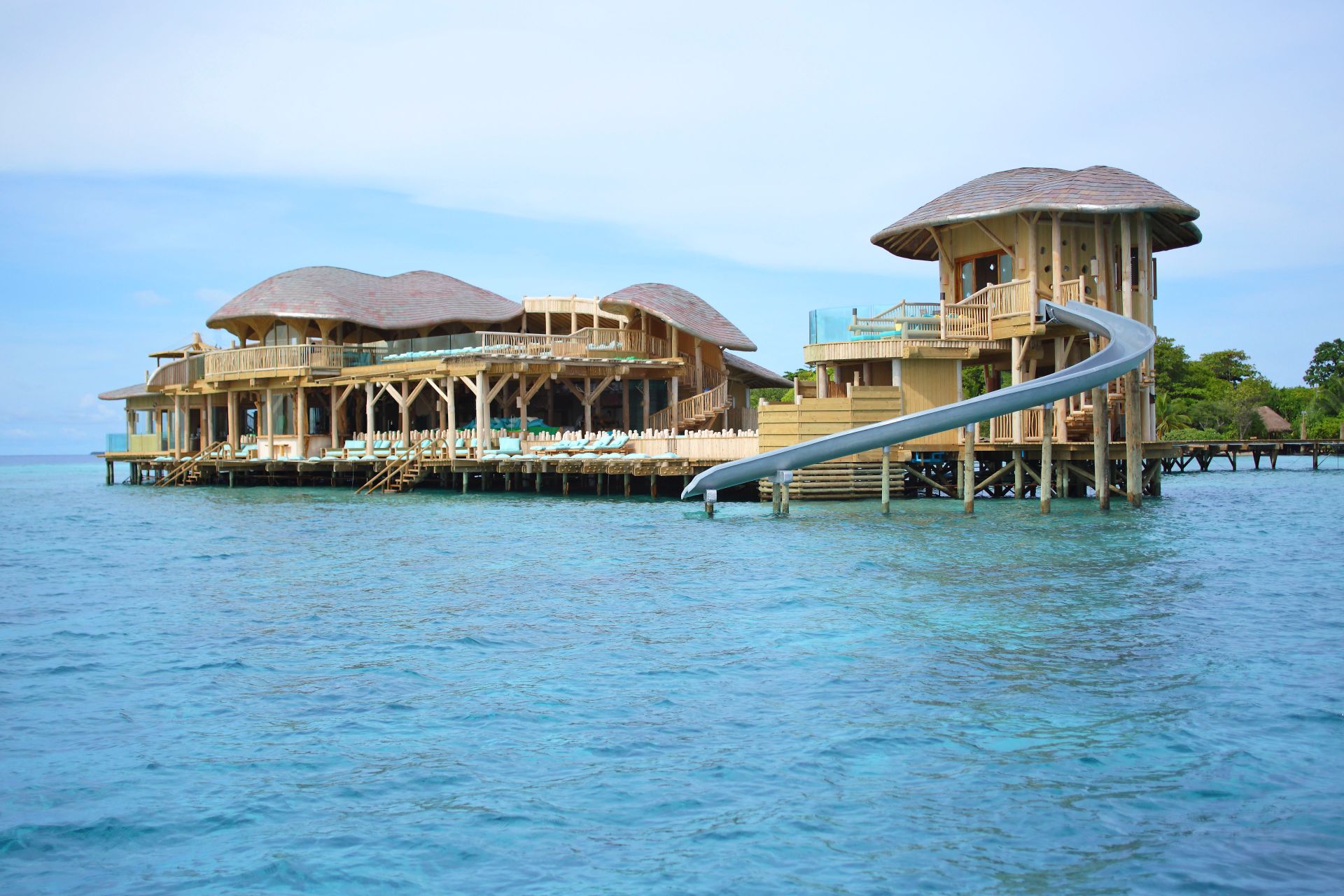 They definitely made use of the water slide.
Courtesy Soneva Fushi 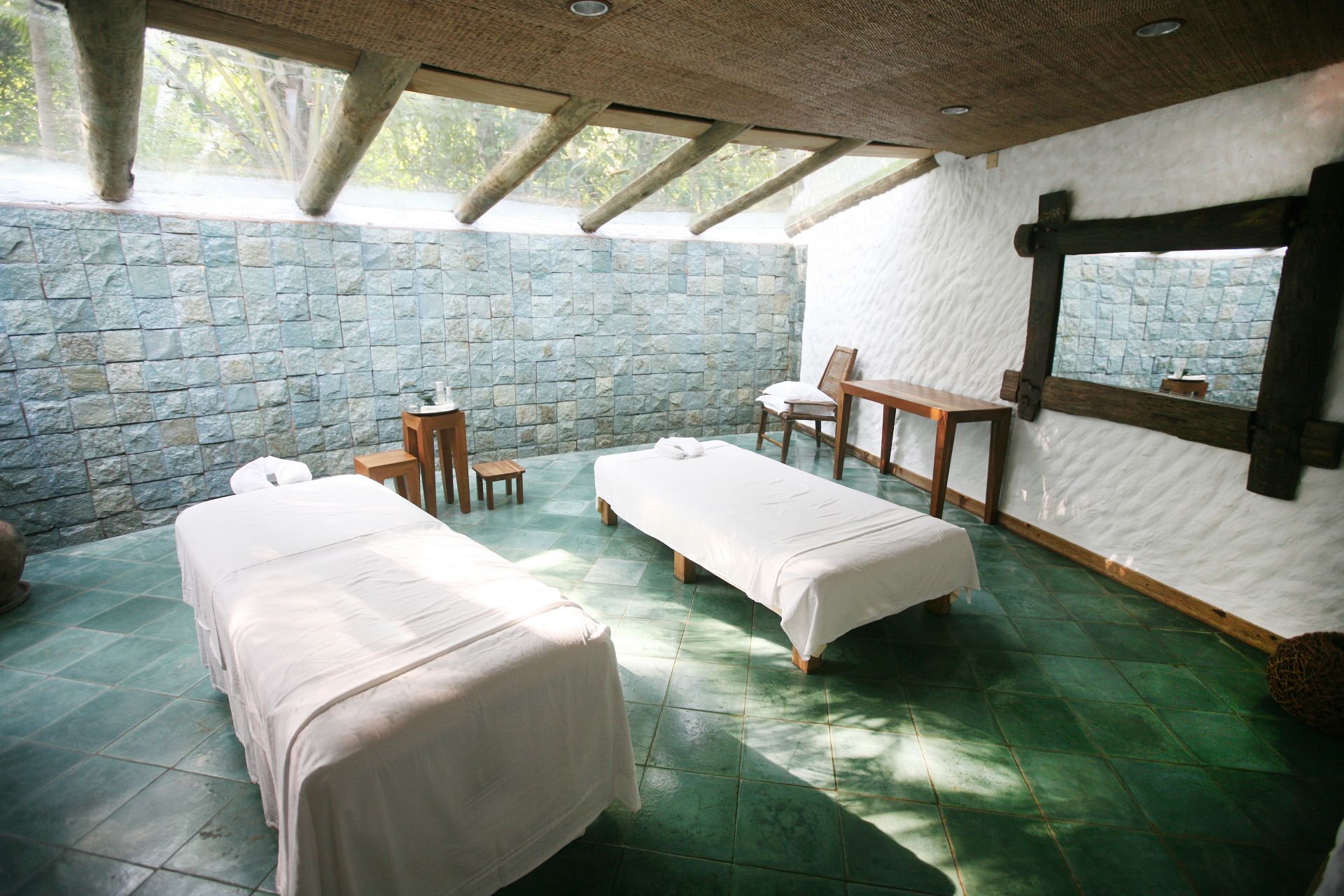 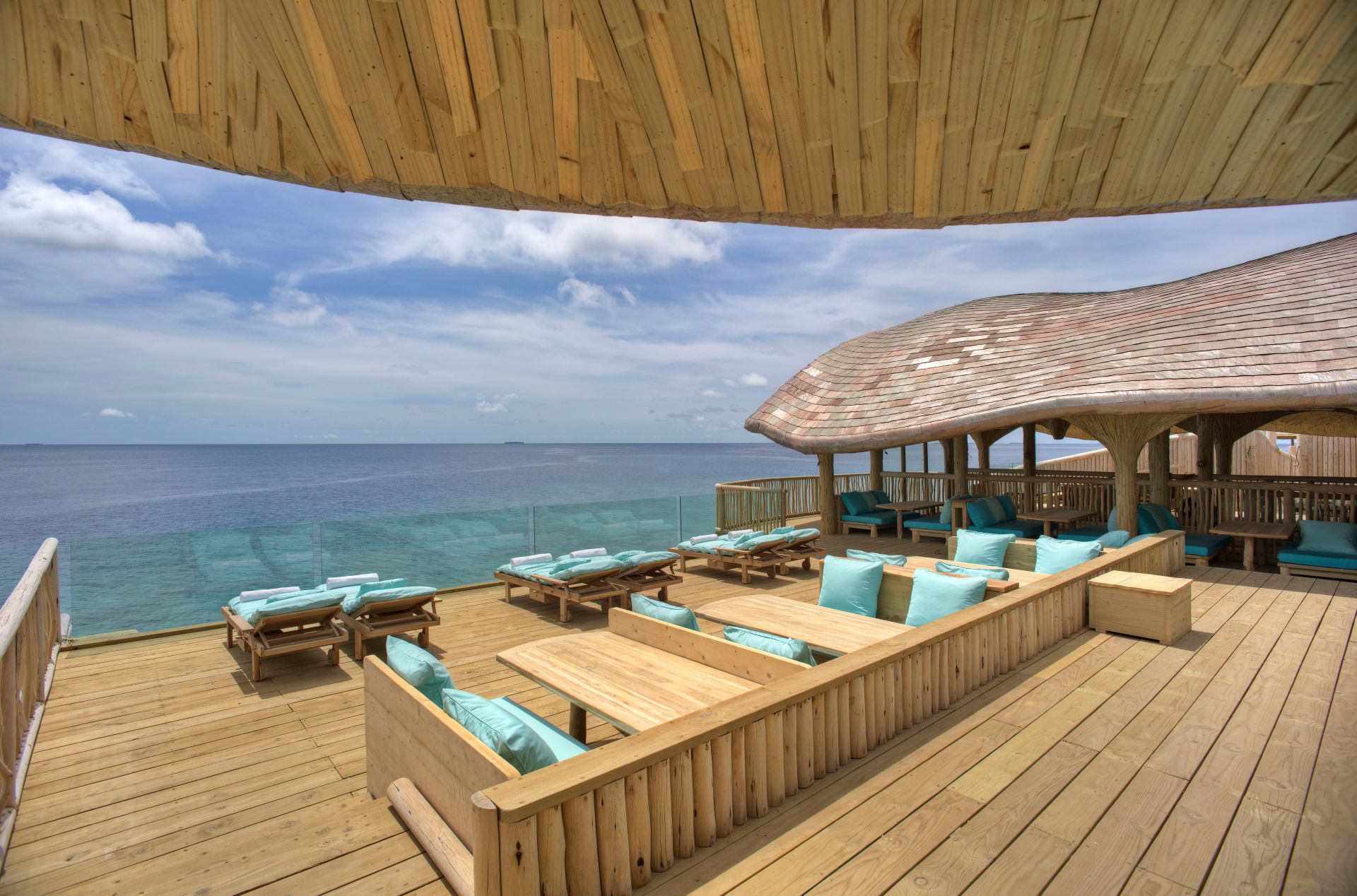 The Out of the Blue restaurant.
Courtesy Soneva Fushi
Advertisement 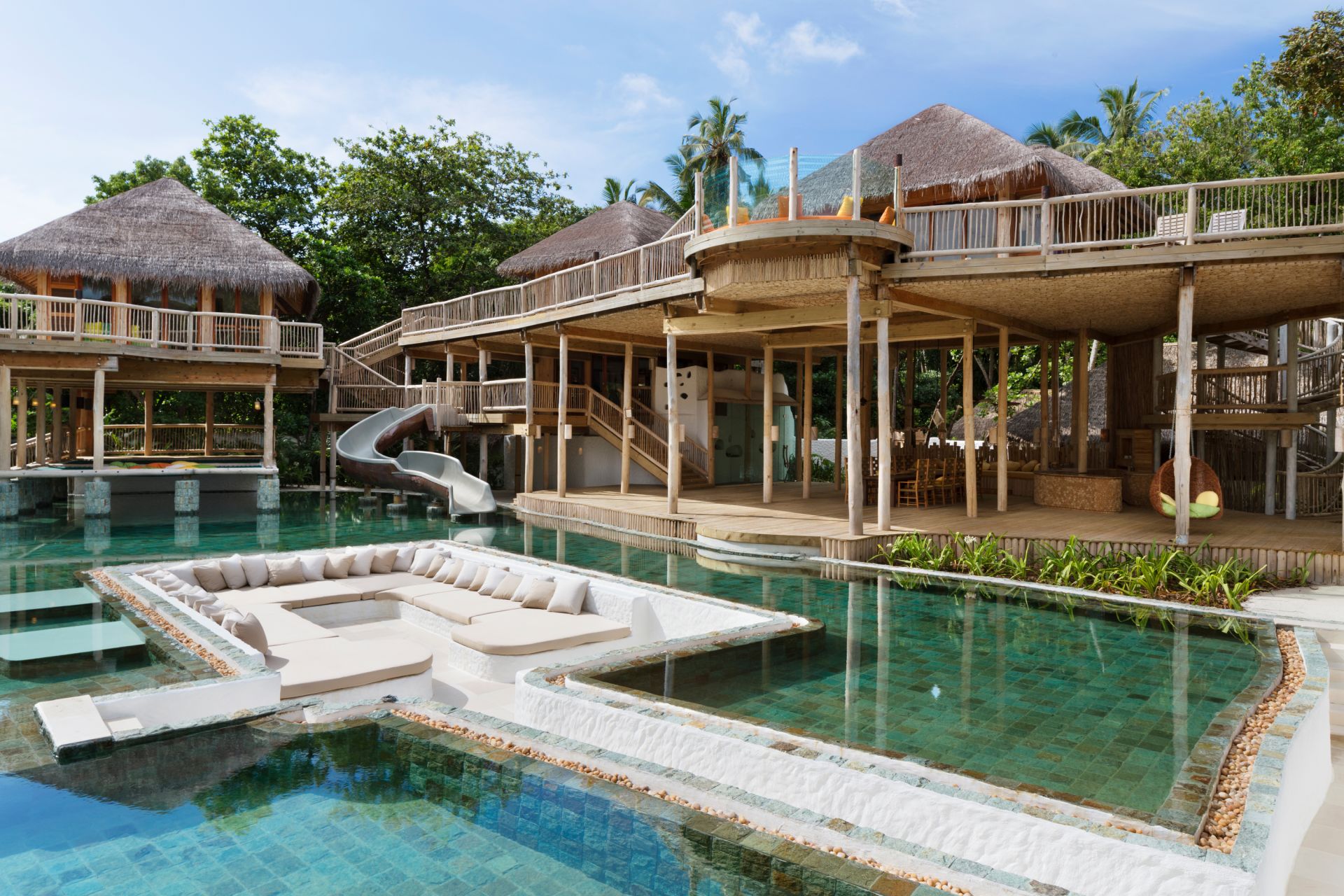 The Private Reserve is the most over-the-top accommodation.
Courtesy Soneva Fushi 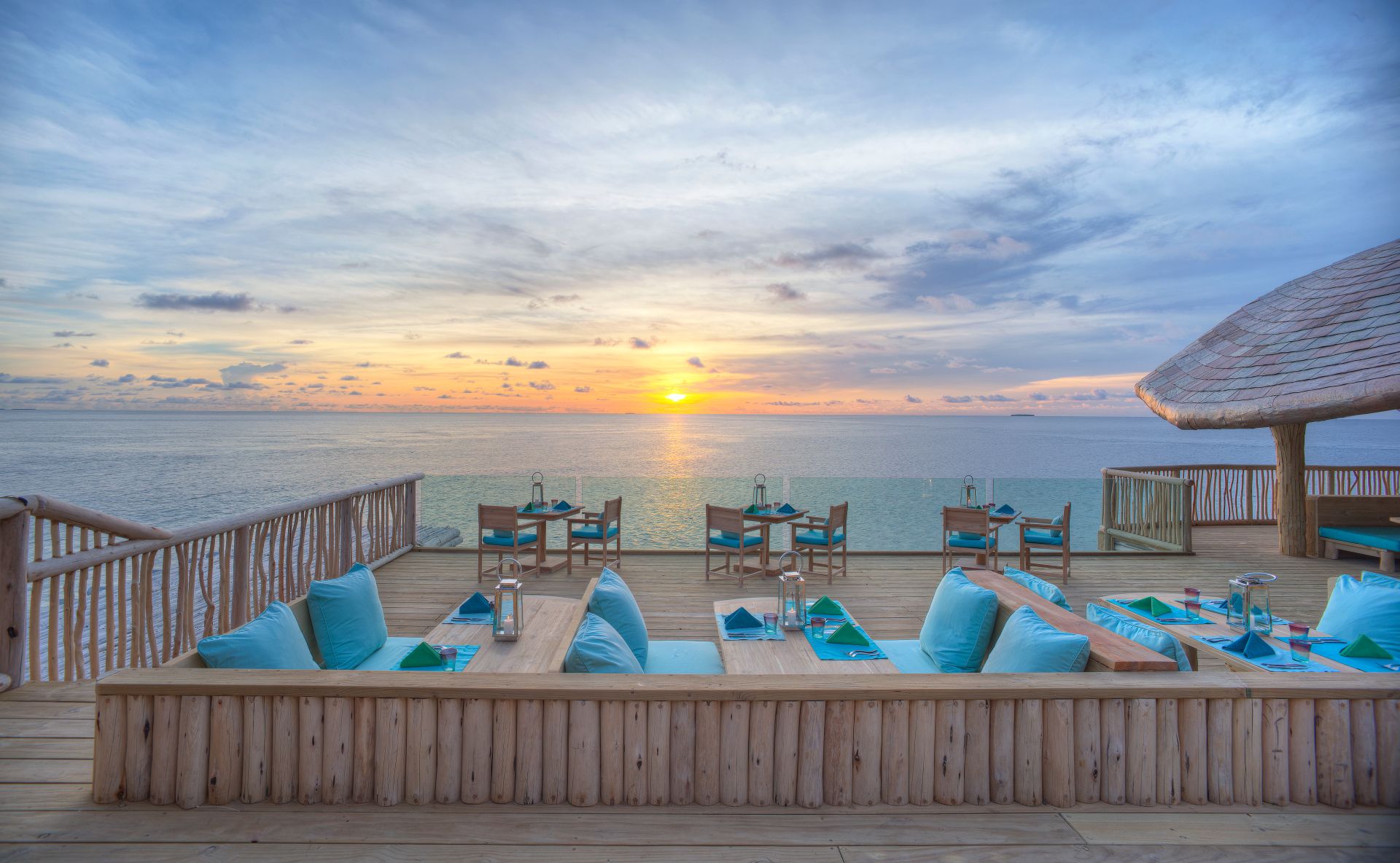 There are at least 10 different dining options.
Courtesy Soneva Fushi 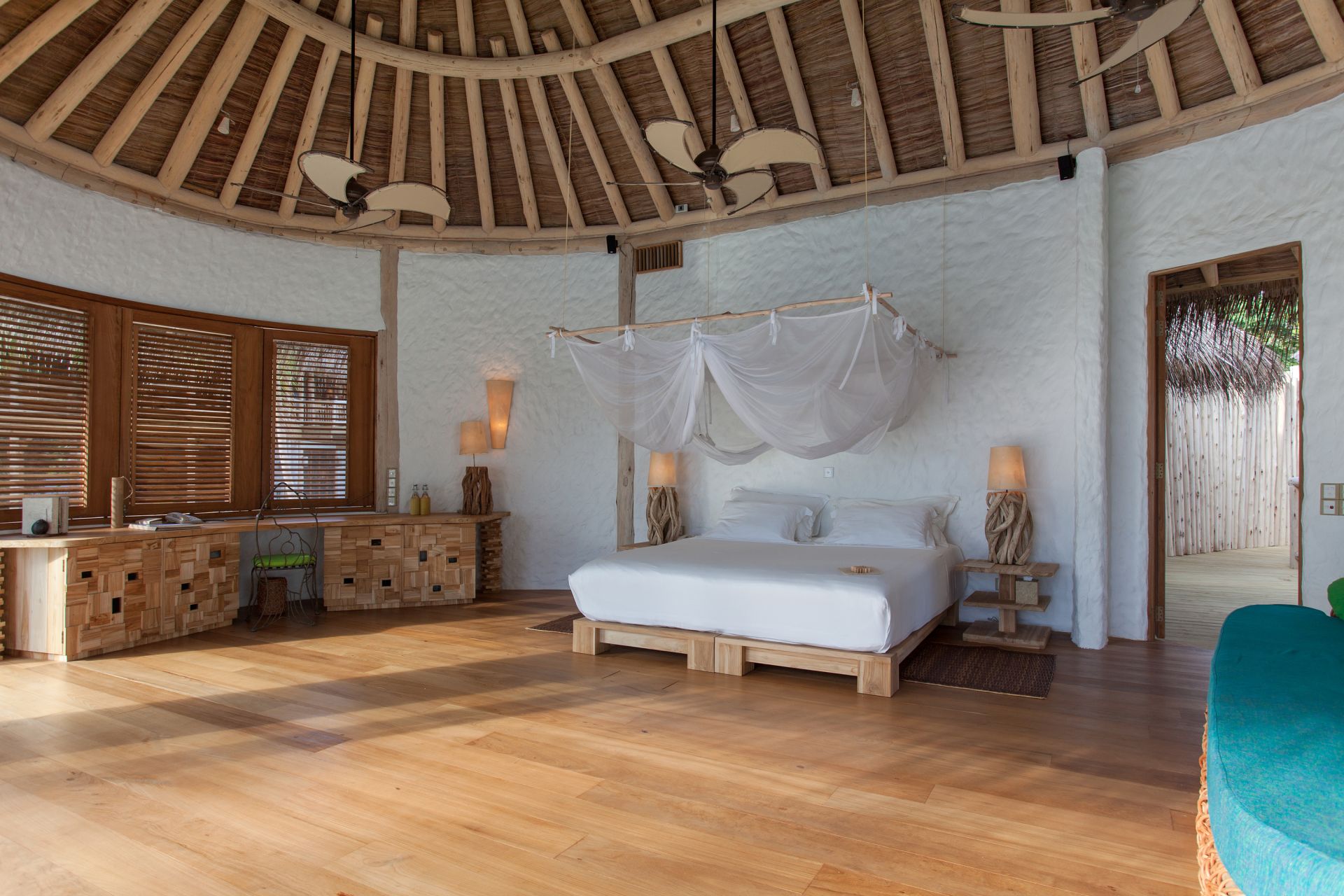 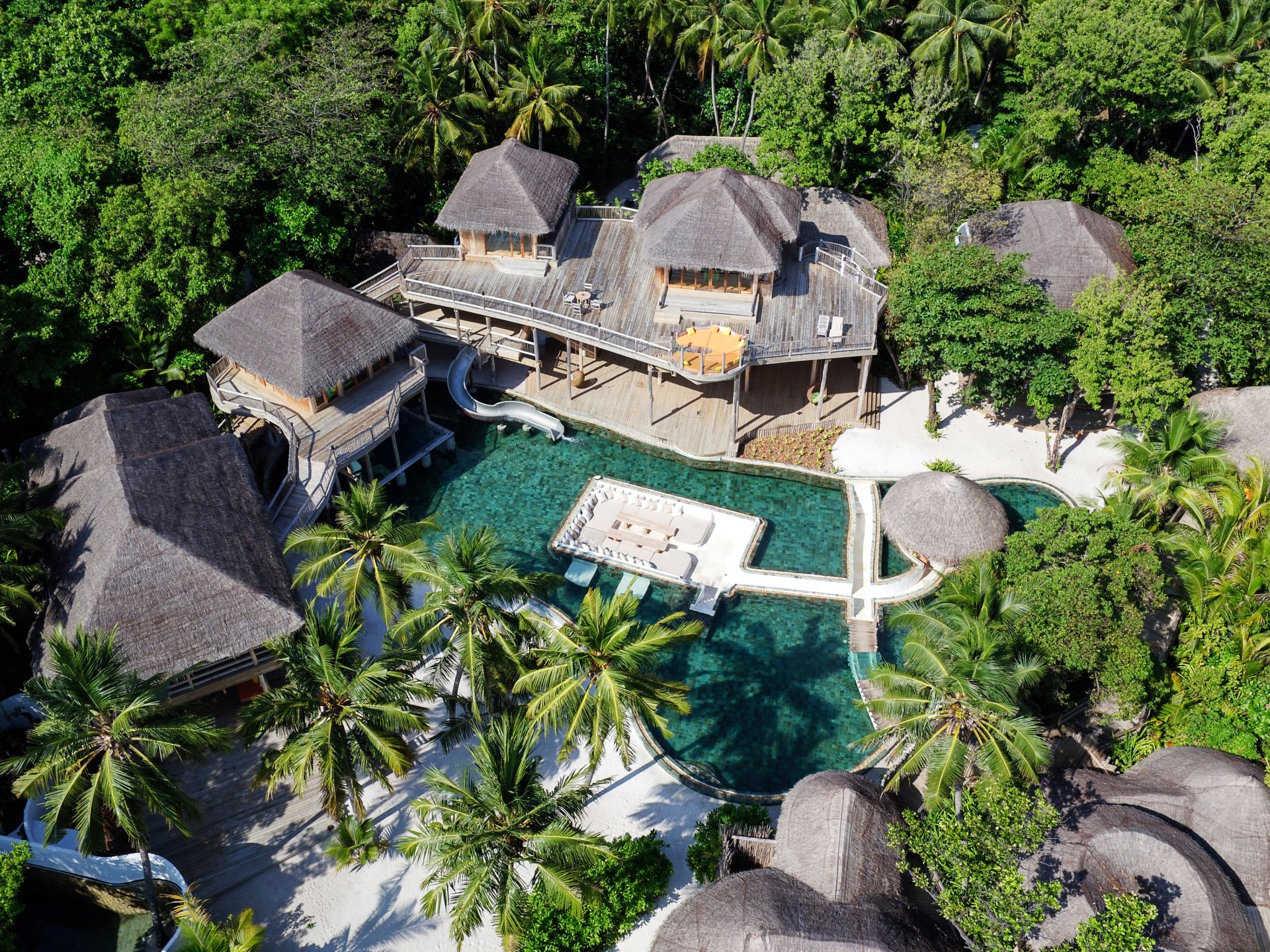 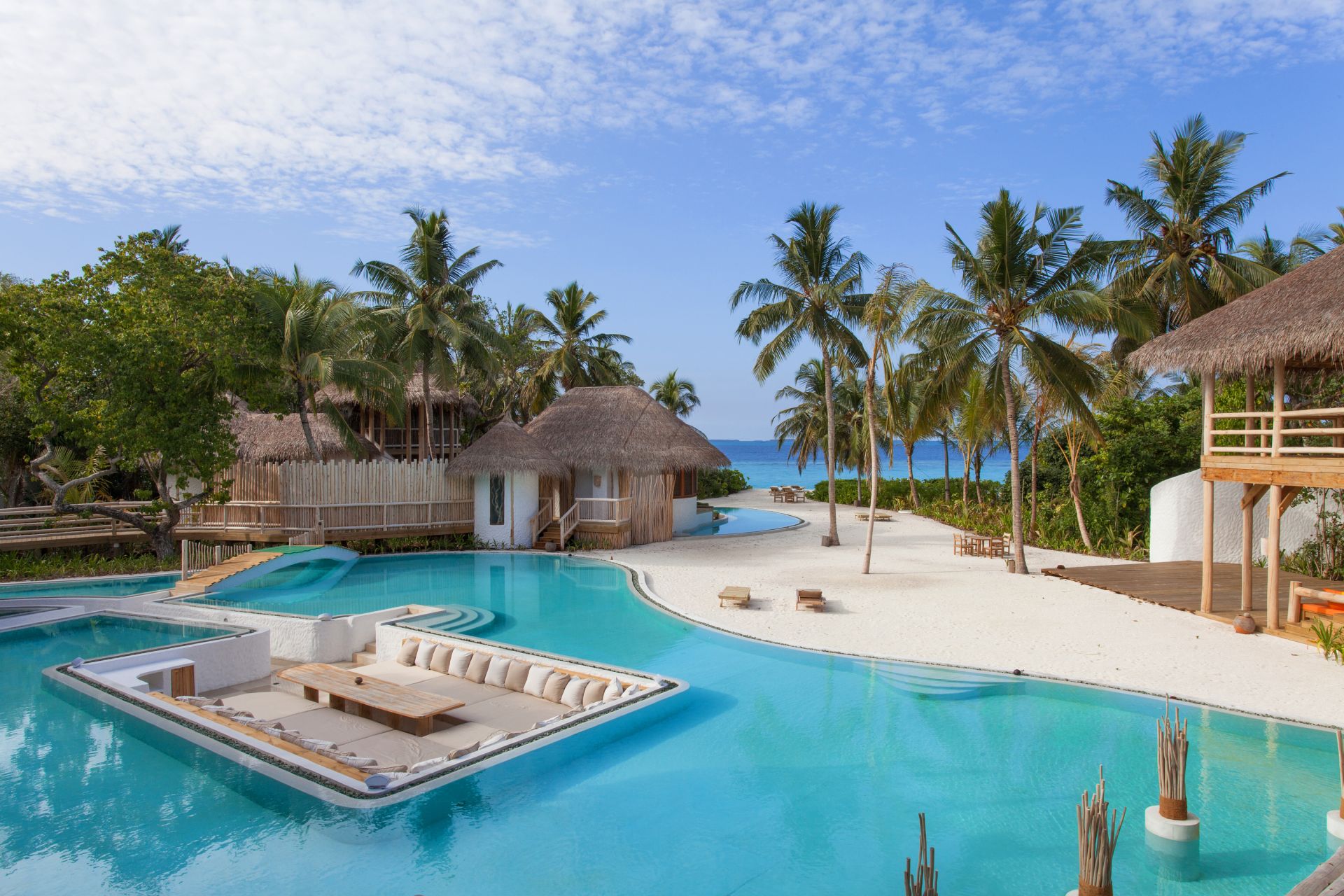 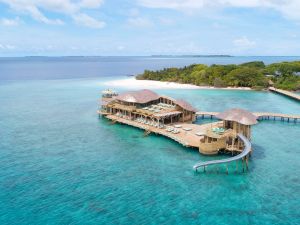 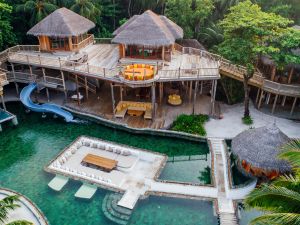 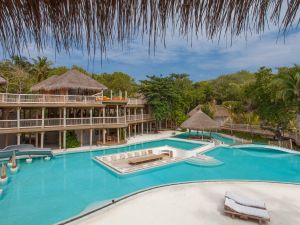 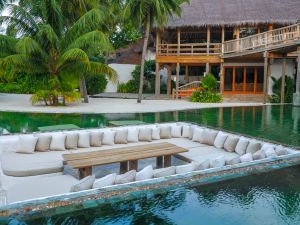 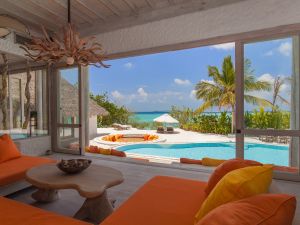 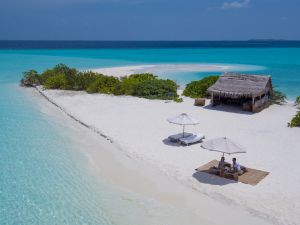 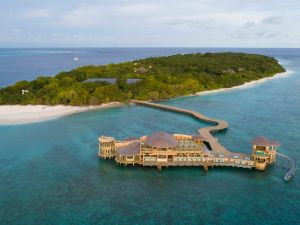 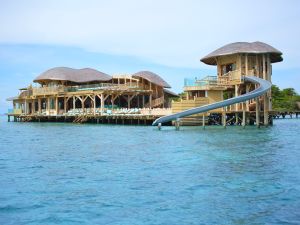 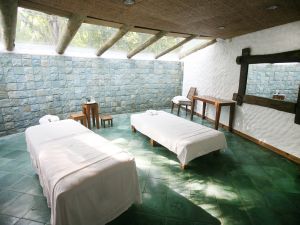 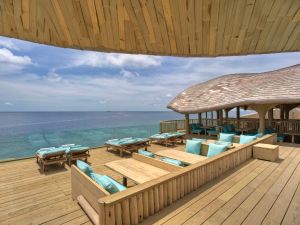 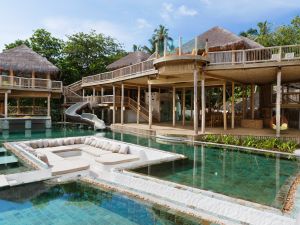 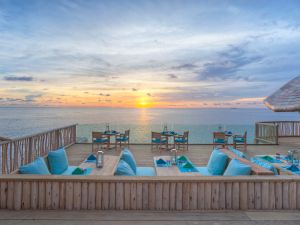 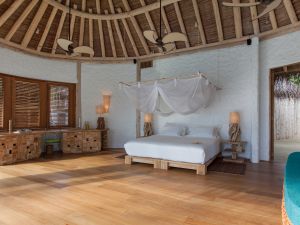 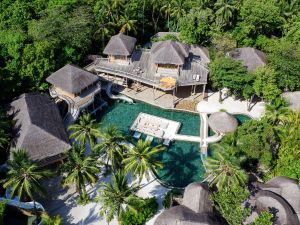 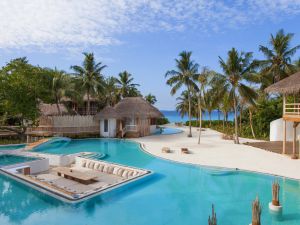 After Joe Jonas and Sophie Turner tied the knot for a second time, with a lavish wedding at a French chateau in Provence, the couple went off the radar for a bit. That is, except when Turner shared a short Instagram Story after the U.K. women’s soccer team loss, where the Game of Thrones actress told her followers that she was, indeed, on her honeymoon, and also gave a glimpse of her sparkly wedding ring.

And now we know where Jonas and Turner chose to stay for their honeymoon, as they’ve both taken to social media (but of course) with Instagram slideshows. The duo went all out with the location, as they’ve been at Soneva Fushi, a luxe resort in the Maldives composed of just 63 exclusive villas.

The accommodations range from the 2,529-square-foot one-bedroom Crusoe Villa, which is still huge and over-the-top, to the truly bonkers 59,632-square-foot, nine-bedroom Private Reserve villa, where you could pretty much house the entire cast of GoT including the never-ending extras. Every single villa has direct beach access, as well as a private butler. Some have slides, spas, saunas, steam rooms and fitness rooms, too.

Rates for the villas range from nearly $1,500 a night to over $28,000 a night, depending on just how indulgent vacationers want to be during their getaway.

We’re not sure which one Jonas and Turner chose, but we do know they spent some time on a slide that went right into the ocean due to the video the JoBro put up, though he didn’t include one of his new wife partaking. He did, however, share a few snaps of Turner lounging on a hammock in the as well as walking down the beach, like any good Insta Husband.

Turner reciprocated, posting a slideshow of Jonas in his own hammock with a drink, another of him biking around and yet another of her new husband dining on a true platter of sushi while on a lounger, with a mid-game chess board next to him.

For the more active vacationer, there are experiences like a sunset dolphin safari, glass blowing classes, snorkeling, picnics, surfing and an outdoor movie theater that’s right under the stars.

There’s also a Six Senses Spa, located right on the beach in the actual jungle on the island, with classic treatments as well as local ones, like the Veli Modum—it’s a 60-minute native Maldivian sand massage, which includes exfoliating with wet sand and then acupressure; you’re then instructed to go rinse off the sand in the ocean and subsequently covered in pure coconut oil.

There are at least 10 dining options, including the two-story Out of the Blue, which is an overwater restaurant composed of five separate eateries, a bar and a wine cellar, plus the aforementioned waterslide Jonas chose for his video.

Turner and Jonas’ dreamy French wedding apparently put all the guests in the mood for a honeymoon-esque getaway, as the newlyweds weren’t the only ones who jetted off on a romantic vacation right after their nuptials—Priyanka Chopra and Nick Jonas went on their own retreat after leaving the chateau, as they headed to Tuscany for an equally Insta-filled trip.