Twice the weddings, twice the honeymoons is how Joe Jonas and Sophie Turner are approaching married life. The couple first tied the knot in a spur of the moment Las Vegas wedding back in May, before going all out with a glitzy wedding in Provence in early July. They already jetted off to the Maldives for a ridiculously lavish honeymoon at Soneva Fushi, but they didn’t just go home to start setting up house after that. Instead, they’re living their best lives in Italy, where they’re on honeymoon number two aboard a yacht on the Amalfi Coast.

Actually, this is either a 14-day Italy trip or they decided to take two very recent trips to the Italian coast, as back on July 2, Katharine McPhee, who was also aboard a yacht in Italy with her new husband, David Foster, tweeted out that paparazzi should care more about Jonas and Turner “two yachts down,” before Turner jokingly responded with new fake travel plans, because this is a real social media conversation two people had! Anyway, it’s unclear if Turner and Jonas made their pit stop in the Maldives in between Italian yacht rides, but no matter, they’re now back in Positano.

They’ve been hanging out on their yacht, Valletta, and swimming around on the coast, with both Turner and Jonas taking turns as the Insta Husband/Wife as they jumped off the vessel. They also went for a jet ski moment, per photos published by the Daily Mail, and Jonas made sure to get in a workout, because of course there’s an outdoor gym on this massive boat. They also spent some time lounging on the outdoor deck—a lovely photo of just Turner, Jonas and the GoT actress’ beloved Juul.

The duo did make their way onto dry land for a bit, as they went to an Aperol Spritz-filled lunch in Positano and strolled through the town. It looks like they also dined at Giardino Eden Ischia, as the restaurant posted a handwritten thank you note from the couple.

The newlyweds do have a lot to celebrate, and not just their round two nuptials, as Turner recently earned an Emmy nomination for her portrayal of Sansa Stark on Game of Thrones. While Jonas and Turner haven’t yet shared any photos of their current getaway (they did each share a slideshow of their time in the Maldives), Jonas took the time to post a story congratulating his new wife on the nom.

As for the next stop on their itinerary? Well, we’re not entirely certain, but perhaps they’ll link up with Priyanka Chopra and Nick Jonas for even more extravagant celebrations. Chopra’s birthday is July 17, so surely there’s something big in the works—this family isn’t exactly known for understated parties. 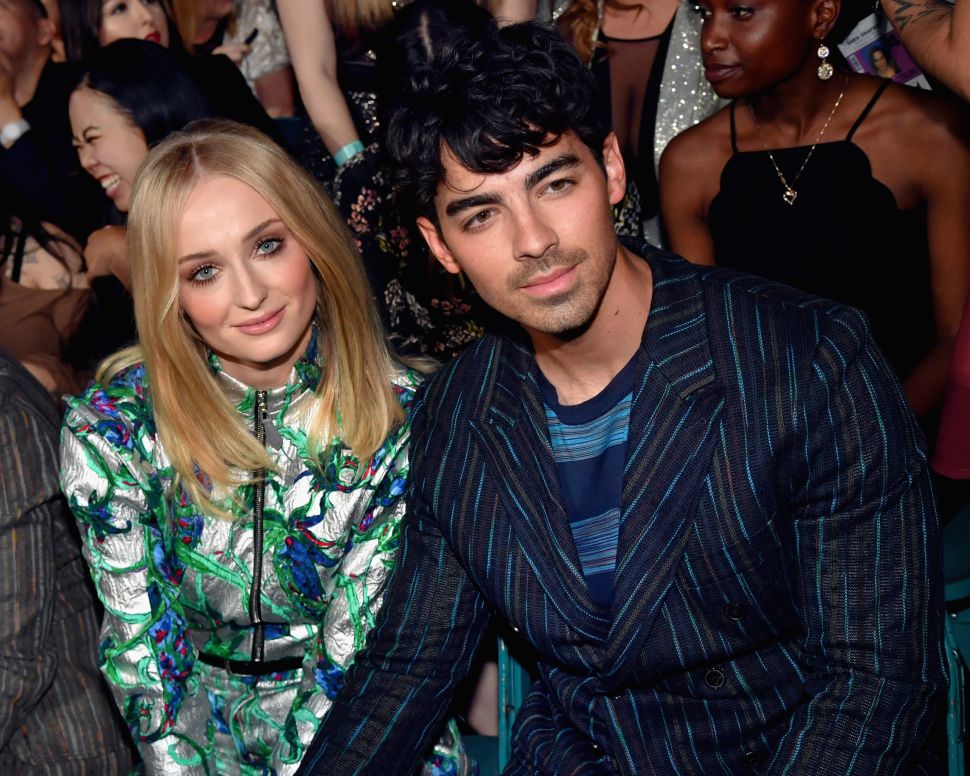