Paramount Pictures finds itself at a standstill. The once great studio responsible for Indiana Jones and Forrest Gump hasn’t finished among the top three at the domestic box office since 2011. In an effort to modernize its lineup with flashy franchises, it completely revamped its release slate only for major tentpole plans to immediately hit several snags (RIP, Hasbro Universe; we hardly knew ye).

Chief among Paramount’s concerns is the stalled Star Trek franchise. J.J. Abrams’ 2009 reboot and its 2013 sequel helped revitalize the series, but as soon as Star Wars returned to theaters under Disney in 2015, Star Trek took an expensive backseat. The last entry in the series disappointed at the box office despite a mostly positive reception. As such, Quentin Tarantino’s mysterious Star Trek project has been a growing source of fascination around the industry ever since it surfaced in 2017. The Once Upon a Time in Hollywood director pitched the concept to Abrams, and The Revenant scribe Mark L. Smith has since penned a screenplay. While it’s still unknown (read: unlikely) if Tarantino will direct the feature, the previously one-in-a-million gamble appears to still be alive at Paramount. Fair warning: lifelong Star Trek fans shouldn’t expect anything familiar should it come to fruition.

“If I’m going to do it, then I’m going to do it my way,” Tarantino said in a recent interview. “If you’ve seen my nine movies, you kind of know my way is an R-rated way and a way that is without certain restrictions. So that goes part and parcel.”

Tarantino pointed to the R-rated Deadpool as an example of expanding the blockbuster superhero genre with new tones and styles while arguing in favor of his R-rated Star Trek. Given Paramount’s unsure footing at the moment, it does seem as if they don’t have much to lose. Why not aim high for something wholly unique and attention-grabbing? Zachary Quinto, who plays Spock in the rebooted version, has already told Observer he’s 100 percent on board. 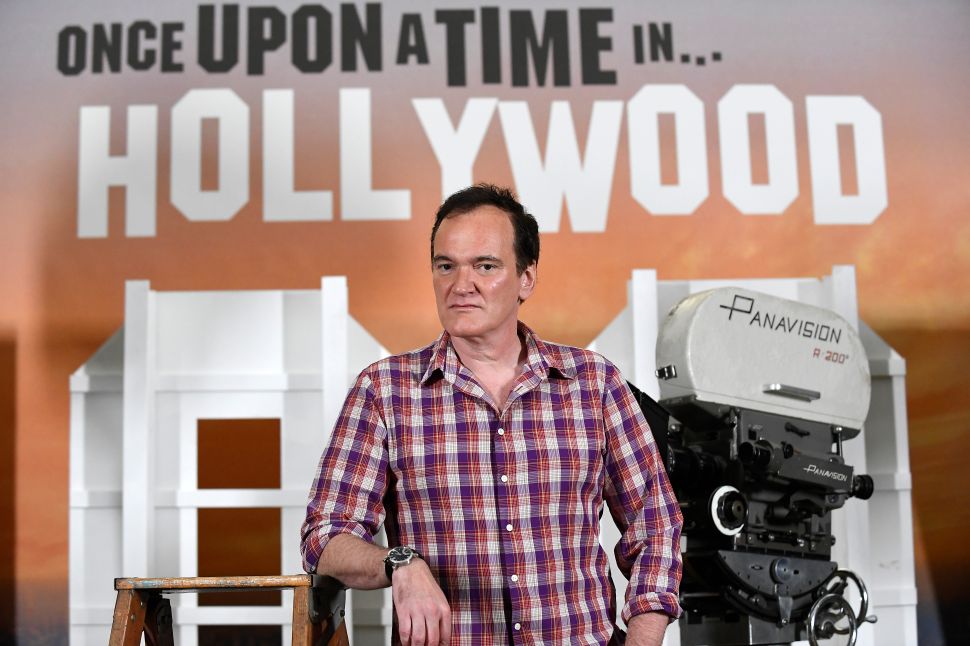