There’s another famous face set to move into 220 Central Park South. Sting finally closed on a penthouse in the Robert A.M. Stern-designed limestone-clad building, doling out a staggering $65.75 million for their new apartment.

There have been whispers about Sting and Trudie Styler purchasing a unit in the building for the past three years, and the deal went into contract back in 2016, per records first spotted by The Real Deal.

The 5,807-square-foot aerie is in the villa section of the building, and is composed of three bedrooms and 5.5 bathrooms. There aren’t a ton of details about this specific unit, but we do know that there’s a terrace and that Sting scored a discount from the original $70 million asking price.

We suppose this means Sting and Trudie will soon be vacating their current digs, as they have reportedly been renting a sleek condo at the futuristic, Zaha Hadid-designed 520 West 28th Street on the High Line. It’s also the very same building where Ariana Grande lives in a $16 million apartment.

Before they headed to West Chelsea, however, the couple lived in a different Robert A.M. Stern building—they previously resided in a duplex penthouse at 15 Central Park West, an equally limestone-heavy construction on the Upper West Side. Sting sold that apartment for around $50 million in 2017, perhaps because he knew he was heading to 220 Central Park South in the (somewhat) near future.

Sting’s purchase isn’t even close to the biggest sale at 220 Central Park South—that award goes to Ken Griffin, who set a record for the most expensive home sale in the United States when he bought a $238 million unit in the building earlier this year. 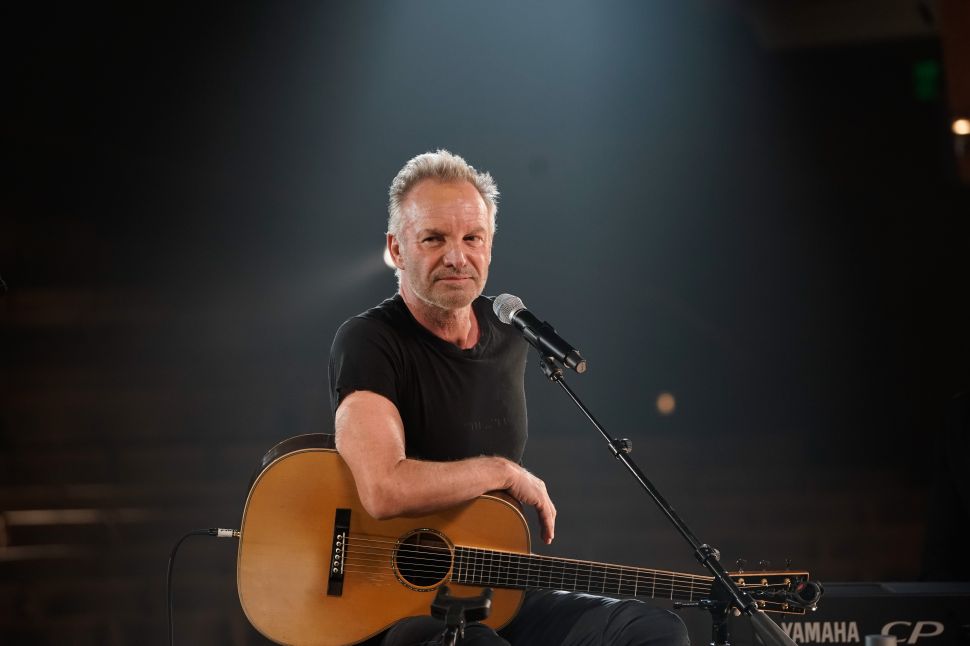