Even though Netflix hasn’t officially renewed Stranger Things for a fourth season, we all know the call is coming, especially if the streamer’s gargantuan ratings numbers can be believed. And although we can safely assume Netflix would love for its flagship series to continue on for years, creators Matt and Ross Duffer have said they envision an ending after the upcoming fourth season (though a fifth season is still possible).

Return of the Hopp

As Joyce (Winona Ryder) and Hopper (David Harbour—we went to the same high school, no big deal) race to save the day in the closing moments of the season, Hawkins’ lovably gruff police chief is seemingly killed. However, his body is never found and in the post-credits scene set in the Soviet Union, the Russians refer to an American prisoner locked away in a secret facility.

The Duffers have attempted to play it coy, telling EW: “Assuming there’s a Season 4, obviously the question of who that American is in that cell and then also what they’re doing with the Demogorgon, that is a tease… we try to tee up some season 4.”

Harbour himself is a little more straightforward, as he told SlashFilm, that’s the most likely scenario, though he couldn’t give much away, saying only, “Well, did you see the post-credits scene?” in response to questions. As SlashFilm notes, however, Hopper is called “the American’ throughout Stranger Things 3, and that reference by another Russian characters seems like a giveaway.

When last we saw the heroic Eleven (who for some reason still hasn’t been taught to speak in complete sentences), she had seemingly lost her powers. She couldn’t even crush a soda can. Considering she’s the Good Guys’ big gun, that’s a major concern.

“Moving into season 4, how much more vulnerable does that make our characters in a group?” Ross Duffer mused to EW.

Remember, the Russians have a Demogorgon and Eleven was the only one who could stop it back in Season 1. How they managed to acquire it and what they want to use it for—besides eating prisoners—won’t matter much if our heroes don’t know how to take it out.

“I think Eleven is powerful with and without powers, so I think that’s always an exciting journey to explore further,” Brown told EW. “But at the end of the day, I have a giant collaboration with the Duffer Brothers, and I definitely have my input, but they are the storytellers and I couldn’t tell you what they’re up to next.”

At the end of Season 3, Joyce takes Eleven into the Byers family and finally moves out of Hawkins. Honestly, after everything they’ve been through, we’re shocked it didn’t happen sooner. But the Byers’ move (and the Soviet Union plots) are meant to expand the focus of Stranger Things moving forward.

Matt Duffer explains: “I think the biggest thing that’s going to happen is it’s going to open up a little bit, not necessarily in terms of scale, in terms of special effects, but open up in terms of allowing plotlines into areas outside of Hawkins.” 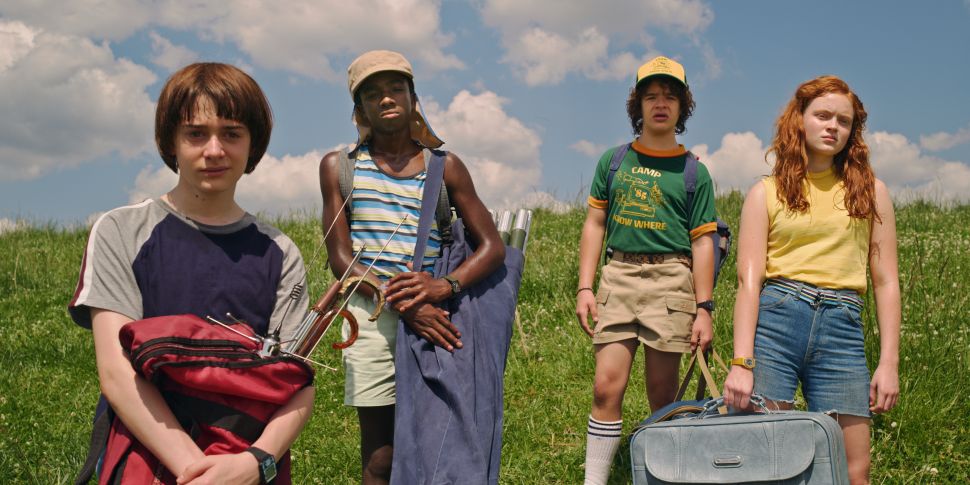