In a time when the world’s most powerful stars are growing more and more content to avoid conventional interviews and to mask their true feelings behind PR machines, the incensed message that Taylor Swift published on her public Tumblr page on Sunday felt like a missive from a bygone era. In the wake of the news that mega-manager Scooter Braun had bought her former label, Big Machine Label Group, and all of her master recordings for $300 million, Swift didn’t hold back.

“This is my worst case scenario,” she wrote. “This is what happens when you sign a deal at fifteen to someone for whom the term ‘loyalty’ is clearly just a contractual concept. And when that man says ‘Music has value,’ he means its value is beholden to men who had no part in creating it.”

Swift’s Tumblr post felt definitive and raw. She expressed that although she would always be proud of her past work, she’s thankful to now be signed to a different label, Universal Music Group, which has granted her the ability to own all her master recordings going forward. And by the way, in case anyone forgot, her new album Lover is coming out on August 23.

For major players within the music industry, total ownership of one’s master recordings has come to represent a major victory over the system; an expression of power and personal liberty which telegraphs that the artist isn’t beholden to a label, or a room full of faceless men wearing power suits. Jay-Z, for example, arguably changed the music business forever when he won the rights to his masters as part of the deal which made him CEO of Def Jam Records. But what does owning your master recordings mean in practice?

“First and foremost, owning your own masters means that you can, at least theoretically, repeatedly go back to the well with that music,” Errol Kolosine, associate arts professor at the Clive Davis Institute of Recorded Music at NYU, told Observer. “You can go to different places; you can do a short-term deal with one company that’s maybe just a distribution deal. Because the thing is, if you’ve got a deal for records with a label, they’re going to be taking their percentage that they’ve always taken, even though it’s become a catalog. That’s why the major labels are doing so well at the moment, because they have all of these catalogs that are streaming. With streaming, now that there’s no manufacturing costs, that’s just a license to print money.”

Huge artists, including Swift and Beyoncé, have famously and selectively withheld parts of their discographies from streaming services like Spotify and Apple Music for precisely this reason—streaming platforms tend to be loathed by artists for the ways in which they diffuse means of compensation.

Bottom line: If you own your own catalog, “from the percentage perspective, your profit margin’s probably going to be bigger,” Kolosine said. On the other hand, just because an artist doesn’t own their catalog doesn’t mean they have no control over what happens to their music.

“The vast number of artists are signed to labels where they don’t own their masters, but they still have a say in how their stuff is used, whether it be in a commercial or a movie or what have you. The artist will often have that right to refusal,” Kolosine explained.

Ultimately, Swift has every right to be angry that her masters were purchased by someone she clearly loathes. That being said, it’s unlikely that she’ll have zero say in how her catalog is implemented from here on out. After all, this is Taylor Swift we’re talking about, and she does nothing without intense deliberation. We bet it won’t take long for her to figure out a way to buy her masters back. 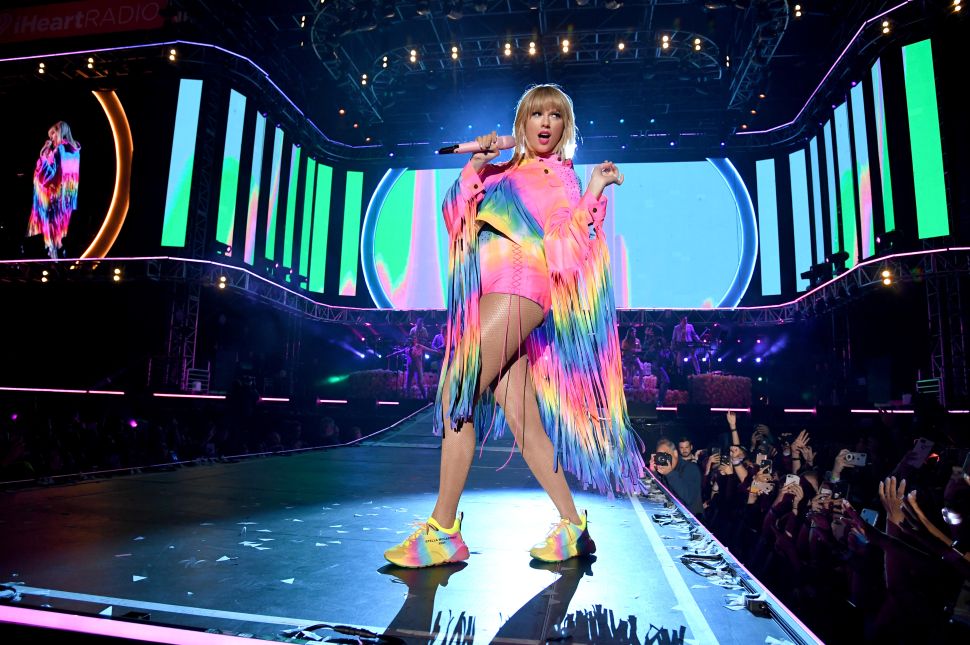