OK, it pretty much looks like robots are becoming capable of doing just about anything we mere mortals can do—from picking raspberries to sex robots with AI capacities straight out of Blade Runner.

Sure, critics are fearful that artificial intelligence could be the end of the human race (or at least we’ll all be put into human zoos after the robot uprising), but can AI take over our stand up comedy clubs? Right now, Alexa and Siri can occasionally riff off witty quips, but do comedians have something to fear in a dystopian future where robots might become the primary laugh providers, standing in front of a red brick wall?

Humor is like an opposable thumb; it’s what makes humans unique. Sure, your dog might make you laugh when you dress it up in people clothes or make it wear a pair of sunglasses, but canines aren’t known for standing in front of packs of other dogs and pulling out, “what’s the deal with airplane peanuts?” No, only humans do that—more specifically, in the case of that  joke, only Jerry Seinfeld does it.

And this is not to say that computer scientists and linguists aren’t attempting to teach machines to be funny. Sure, there are formula jokes (tragedy + time = funny)—but AI will never get the context of jokes like humans do, and thus machines, in themselves, have no real need for humor.

Tristan Miller, a computer scientist and linguist at Darmstadt University of Technology in Germany, told The Los Angeles Times, “Creative language—and humor in particular—is one of the hardest areas for computational intelligence to grasp. It’s because it relies so much on real-world knowledge—background knowledge and commonsense knowledge. A computer doesn’t have these real-world experiences to draw on. It only knows what you tell it and what it draws from.”

“Artificial intelligence will never get jokes like humans do,” Kiki Hempelmann, a computational linguist from Texas A&M, told the LA Times. “In themselves, they have no need for humor. They miss completely context.”

“Teaching AI systems humor is dangerous because they may find it where it isn’t and they may use it where it’s inappropriate,” Hempelmann added. “Maybe bad AI will start killing people because it thinks it is funny.”

Hempelmann’s remarks almost seem innocent, but they don’t take into account the potential mix of AI humor with deepfake videos, in which any person captured on video could potentially be seen uttering AI-generated jokes. Yikes.

You can already find AI joke and pun generators online. Take the Conan O’Brien monologue joke generator, in which: Once you start writing a sentence, the model will come up with a few possible ways to finish the zinger.

I gave the Conan O’Brien monologue joke generator a shot and typed in: “I have bees in my pants…”

I waited a few seconds and it came back with the confusing: I have bees in my pants… A new study finds that the new state of the time is “The Anthem Bigger Boose” protesters. The problem is, they’re a group of calls from ‘White Cruise.’

Looks like Conan O’Brien’s job is safe (for now). This generator didn’t really construct a joke; it was more in line with the cut-up technique art movement, popularized by William S. Burroughs, that simply puts together random phrases. And thus, it’s fortunate for comedy writers to know their jobs won’t be outsourced to a machine any time soon.

The main reason why AI will fail to take over our comedy clubs is that humor and comedy are all about creating a connection with the audience. I’ve seen great joke writers bomb in front of a crowd—despite having fantastic material—simply because they had poor stage presence and couldn’t make a connection with the audience. That extra spark isn’t something that can be programmed or learned; it’s charisma a person is born with and can’t be replicated. 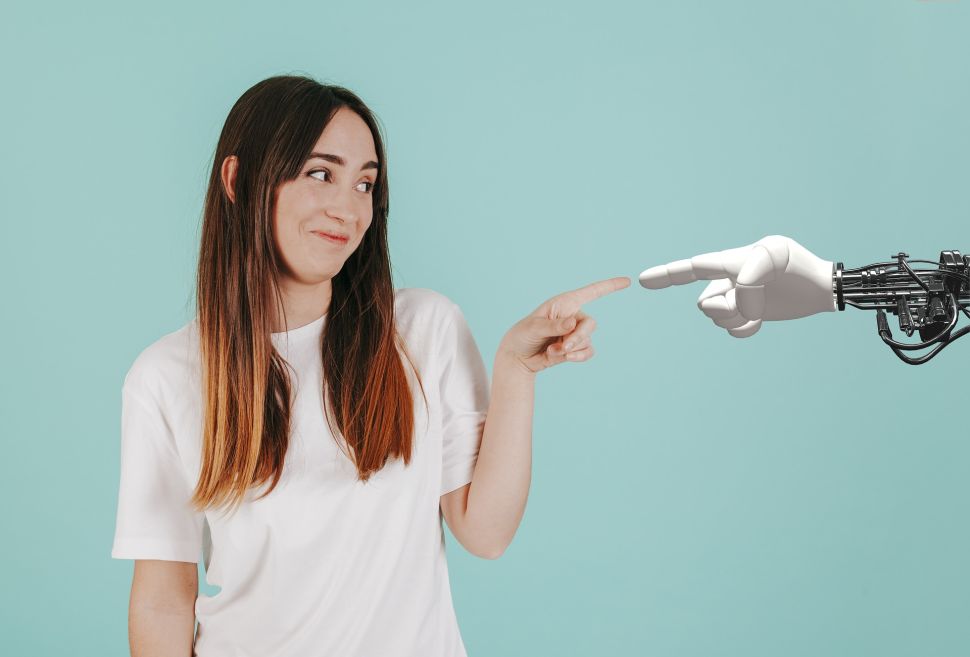