The most prestigious Silicon Valley meet-up is upon us.

The annual Allen & Co. conference in Sun Valley, Idaho is taking place this week, attracting some of the tech industry’s biggest heavyweights. The so-called “billionaire summer camp” serves as a meet-up for leaders from across the tech, finance and media worlds.

SEE ALSO: Why Big Tech Should Tell Users How Much Their Data Is Worth

Known as the site of major business deals since its inauguration in 1983, Sun Valley is where industry tycoons seemingly mix business with pleasure. It famously served as the location for the AOL-Time Warner merger back in 2000, among other handshake agreements. And this year is no different. Amid the tech industry’s current major antitrust turmoil and the glut of upcoming streaming services being launched by many attendees, the 2019 roster doesn’t disappoint.

This summer, the conference’s attendees include everyone from Apple CEO Tim Cook to Facebook COO Sheryl Sandberg. Even CNN’s Anderson Cooper and Colorado governor and 2020 presidential candidate John Hickenlooper have been spotted at the secluded mountainous retreat. Let’s take a peek at some of Big Tech’s heavyweights who’ve been spotted in Sun Valley this week. 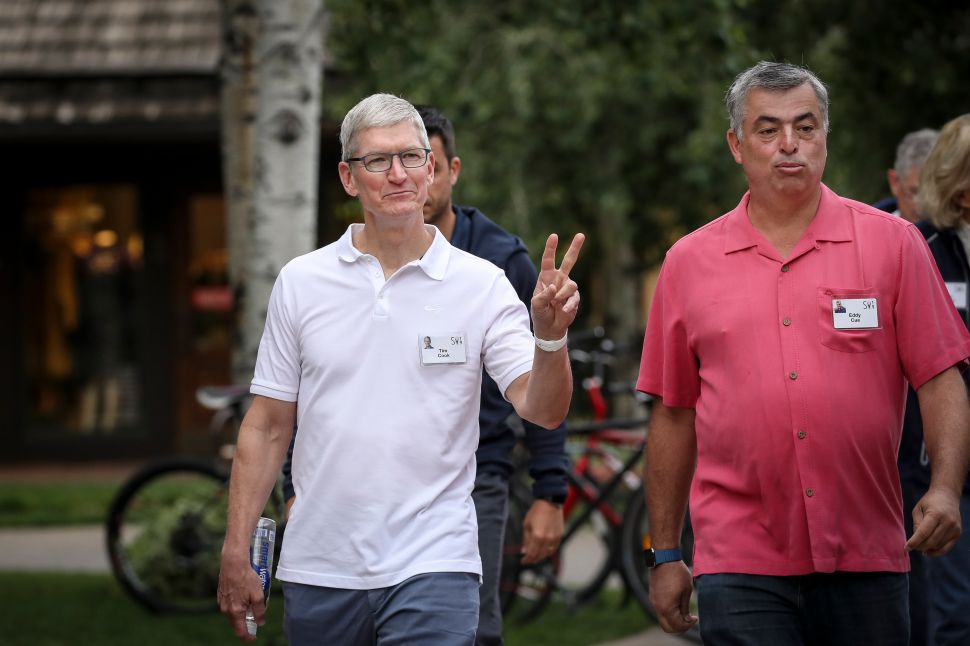