Elon Musk’s magical grip on Tesla investors stopped working wonders on Wednesday after the electric carmaker posted wider-than-expected losses for the second quarter. Despite record unit sales, especially sales of the new Model 3 cars, Tesla recorded a net loss of $408 million on a $6.3 billion revenue for the April-June period, both lagging behind Wall Street forecasts. Tesla shares fell over 10 percent on the news.

Under the leadership of its new chief financial officer Zach Kirkhorn, Tesla is trying to be more careful about making aggressive revenue forecasts. In a letter to investors on Wednesday signed by Kirkhorn and Musk, the company said “we are simplifying our approach to guidance.”

However, when Musk jumped onto a conference call with analysts later in the day, he seemed to have completely forgotten about the memo he’d just signed and reiterated Tesla’s full-year delivery goal of 360,000 to 400,000 vehicles. He also said he expects Tesla to break even in the third (current) quarter and be profitable by year-end.

The problem is, no one seemed to believe him this time.

“We are cautious on Tesla’s ability to fulfill these goals as the ramp requires a significant snapback in the second half,” echoed Needham analyst Rajvindra Gill.

On the bright side, Tesla’s strong delivery figures for the second quarter gave relief to many investors who had worried about the company’s weakening demand. And yet, the numbers didn’t look strong enough to support Musk’s lofty goals for the remainder of 2019.

“While demand showed an impressive bounce back this quarter and the company is seeing strong order activity for the third quarter,” wrote Wedbush analyst Daniel Ives, “we continue to believe that the reiteration of 360,000 to 400,000 unit guidance for full-year 2019 was a head scratcher since the pure math and demand trajectory makes this an Everest-like uphill battle.”

Regulators may soon take notice of what Musk tells investors, too. “In case you’re thinking, ‘Who cares if he is wrong about forecasts?,’ the answer is the Securities and Exchange Commission,” wrote MarketWatch editor Jeremy Owens on Thursday. “The SEC has subpoenaed documents relating to Musk’s Model 3 production forecasts and gone after him in court with claims that he misstated a forecast on Twitter. Critics also use these types of forecasts against the company, with good reason, and investors could sue, as they have in the past.” 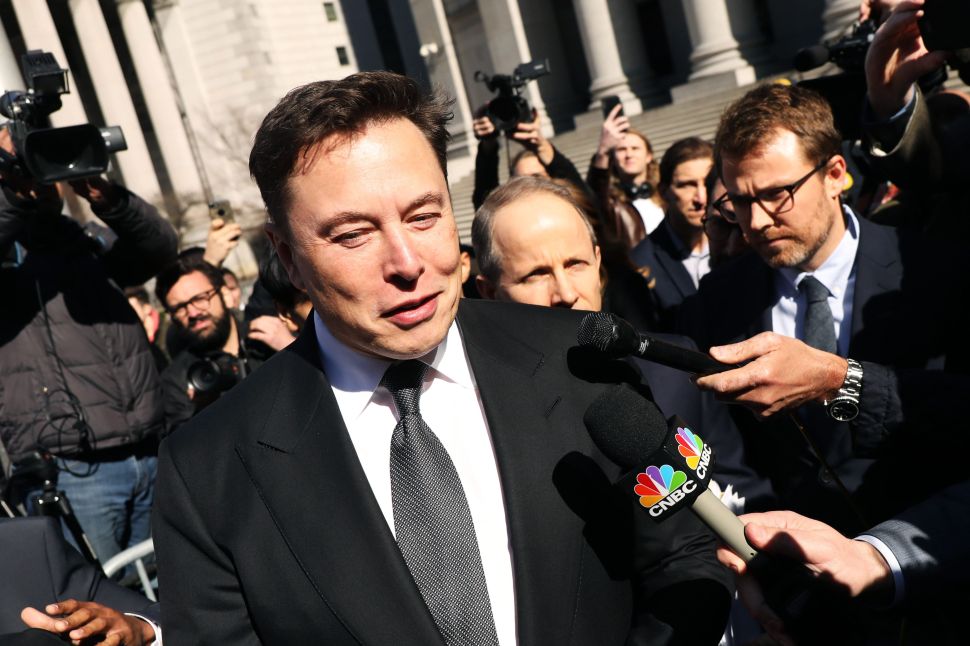