Elon Musk has made no secret of his intention to someday build an electric pickup truck. The Tesla CEO has been teasing the idea for about two years and has said it’s “going to look pretty sci-fi.” Despite the fact that no one has a clue when Tesla will actually start manufacturing the truck or even what it will look like, the concept car is already the most popular pickup truck in America—at least on social media, a new study by automobile review site AutoWise found.

The study analyzed geotagged Twitter data of over 100,000 tweets and found that the Tesla pickup truck was being talked about in more states than the Ford F-150, the longtime best-selling vehicle in America.

Using trend software with direct access to geotagged Twitter data to map out the results, AutoWise found that mentions of the Tesla truck exceeded that of the Ford F-150 in 26 states, mostly in the Northeast and along the West Coast.

Tesla hasn’t announced any firm plans about producing a pickup truck yet. The only thing we know about it so far is a partial image of the concept vehicle that Musk flashed during a March company event and his bold promises that it will have a battery strong enough to support a range of up to 500 miles, calling it “a pickup truck that can carry a pickup truck.”

“Much of the excitement around the Tesla pickup stems from the out-of-this-world specs Musk has repeatedly promised,” wrote John Engle, president of venture capital firm Almington Capital, in a June column for Seeking Alpha. “Yet, upon closer examination, most of the promised performance specifications appear to be physically impossible to achieve.”

About a minute in, we flashed a teaser pic of Tesla cyberpunk truck pic.twitter.com/hLsGsdyuGA 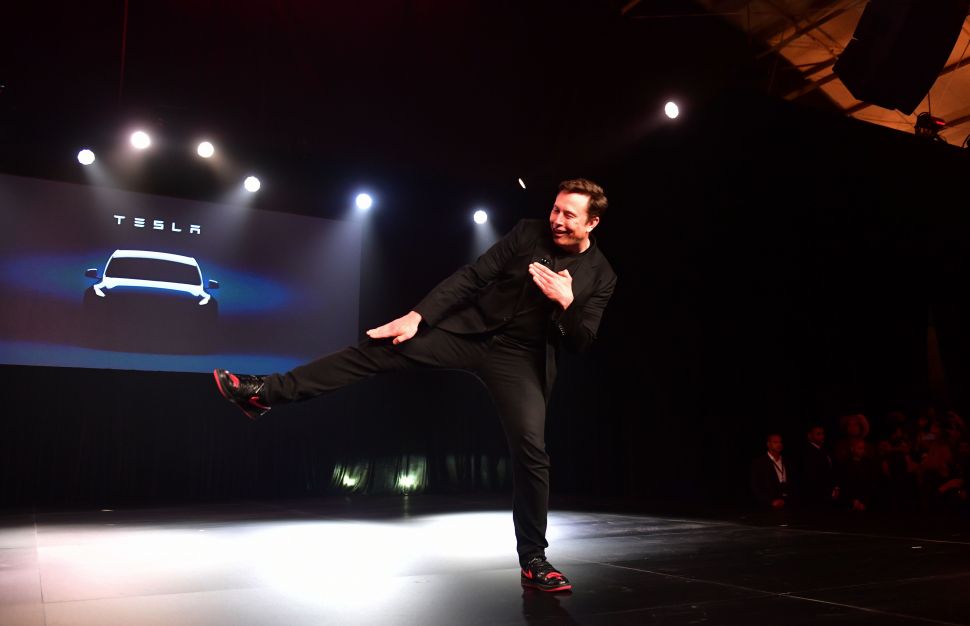