The Farewell, a Sundance darling that declares itself “based on an actual lie” before the story even begins, overflows with fallacies of every sort.

When Nai Nai, the Changchun-based grandmother at the center of the story, is reached on the phone with her New York City–based granddaughter while she is at the hospital, the older woman claims that she is actually at a relative’s house. When the tests she’s there to get reveal Stage 4 lung cancer, her sister tells her that the spots in the X-ray are “benign shadows.” And when anyone in the movie asks anyone else how they’re doing, the answer is generally the same and never the real one. “I’m fine,” they say.

But what stands out about Chinese-born American filmmaker Lulu Wang’s second feature is less the lies it tells than the truths it reveals, which are often quite profound. The film uses an artful mix of comedy and pathos to address essential questions about the nature of connection and loss of identity in the modern world; about whether false joy can trump honest fear; and for whom it is we create those partially fictionalized personas we trot out to smooth over interactions with loved ones—us or them.

The film is based on Wang’s true to life This American Life segment about the elaborate steps her family took—including staging a banquet for a sham wedding—to keep her grandmother in the dark about her dire medical prognosis. It also boasts some of the most honest acting of any movie this summer.

Awkwafina’s true skill as a remarkably sensitive collaborator has only recently been revealed—last year doing broad comedy in Crazy Rich Asians and now here, where every scene requires a deft shading of sadness and guilt. Whether discussing her romantic prospects with her pushy Grandma or trying to extricate herself from a conversation with a chatty hotel employee, the onetime YouTube phenomenon is like chamber jazz musician, responding to her fellow actors in the moment and letting their choices color hers.

The cast gives Awkwafina plenty to work with. A veteran of stage and screen in China, Zhao Shuzhen is revelatory as Nai Nai, the matriarch endearing enough to get away with grabbing her granddaughter’s “round butt” and regularly referring to her as “stupid child” yet imperious enough to strike terror into the heart of a banquet hall manager who tries to pass off crab when she ordered lobster. It is impossible to watch her wonderfully specific and idiosyncratic portrayal—and the depth of the bond she creates with Awkwafina’s Billi—and not think about your own grandmother, even if she passed away more than a quarter century ago.

As her parents, veteran character actor Tzi Ma (Rush Hour) and Chinese-Australian actress Diana Lin provide the two poles—he deals with the situation with jokes and by drinking as much as he can get his hands on and she is stoic to the end. It’s only between them that a character as both solemn and goofy as Billie could emerge.

The film’s chief flaw is a script that never fully fleshes out Billi’s life outside of the confines of her family. We know that she is a writer but not what kind (she’s rejected for a Guggenheim, a fact she—unsurprisingly—fibs about); that she’s short on cash and late with her rent but not what she does for money; and she never mentions any friends or acquaintances outside of a sparrow that lands in her apartment. By robbing her of these opportunities to demonstrate how she rejects or embraces her family’s influence in her everyday life, the film effectively robs Awkwafina of a full set of paints with which to create her character.

Which makes what she is able to accomplish all the more impressive. A film that movingly shows the importance of taking advantage of fleeting chances and closing windows is itself the rarest of opportunities. Even with its flaws, The Farewell feels like a golden ticket, not only to see a strikingly talented cast of actors play a nuanced and culturally complex situation, but to see Awkwafina rescued from the Judy Greer second banana track to which she seemed destined, and to thrive as an emotionally complex lead. 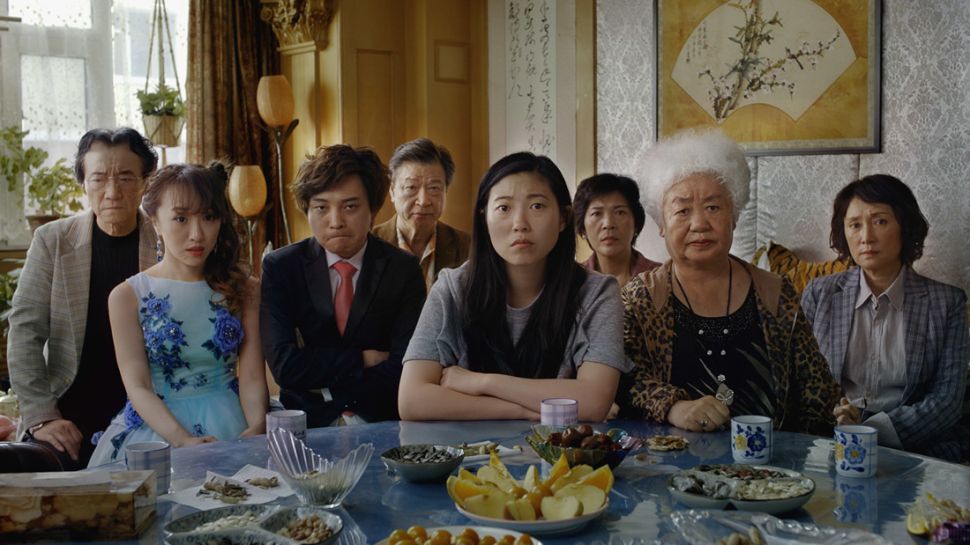