We love to wax poetic about the cost of progress, but too often we ignore the method of its arrival. The mechanisms of momentum are significant in their own right because they can teach us about our past, present and future. That is what makes Disney’s new version of The Lion King such a pop culture nexus point. It forces us to ask if progress and experimentation of form, once present in rampant abundance, can now only exist above the safety net of guaranteed IP.

The Lion King, directed by Jon Favreau, is a clear leap forward for visual effects and animation, maybe as much of a game-changer as Avatar in that regard. James Cameron, who created that alien world of wonder, once joked in a 2005 episode of Entourage that we would no longer need actors in a few years. Today, we may not be as far removed from that Orwellian reality as we think. Avatar mixed ground-breaking photo-realistic CGI with state-of-the-art 3-D effects that fully leveraged the IMAX format in a way no previous film had ever done. It redefined audience expectations of cinematic capabilities. The Lion King could yield a similar impact—VFX supervisor Rob Legato has outdone himself—while absolutely devouring the summer box office.

The Lion King blurs the line between computer generated imagery and real life. It’s closer to the greatest animal documentary you’ve ever seen than it is a movie. The attention to detail from every blade of grass, small bug and large mammal, is simply breathtaking. Mufasa’s (James Earl Jones) mane shimmers with regal gold. Pride Rock doesn’t just stand tall, it towers with symbolic power like something out of The Lord of the Rings. Baby Simba’s playful puppy-like appearance elicits heart-melting awwwws in a way the 1994’s original animation simply can’t. But the dazzling photo-realistic rendering cuts both ways. Animals can’t really emote—not to the degree that a manipulated cartoon can. As such, The Lion King can occasionally feel a step removed and a bit bland emotionally even if it’s a loving blast of nostalgia.

The updated version is essentially a beat-for-beat remake of the original, which makes it a safe tale to tell. Its quality and charm are almost entirely derived from that familiar story outside of some new flare from Timon (Billy Eichner) and Pumba (Seth Rogen) and the bulletproof harmonizing of Simba (Donald Glover) and Nala (Beyoncé Knowles-Carter). Chiwetel Ejiofor and John Oliver are also great as Scar and Zazu, respectively. But with a perfect film such as the original, any sort of remake runs the risk of becoming a lose-lose. Favreau’s own live-action Jungle Book toned down the weirdness of the original, the new Aladdin beefed up Jasmine’s role and tried to round out Genie, even the upcoming Mulan is aiming for a more grounded music-and-Mushu-free approach. With The Lion King, you’re basically stuck between sticking to the script exactly or making sweeping changes; either way, you’re alienating some segment of the fandom.

The question has to be asked: is the new film necessary?

As an advancement of the medium? Absolutely. You gotta see it to believe it. But as a piece of self-contained storytelling? That’s a murkier debate. It’s concerning that the same boundary-pushing leaps in filmmaking would almost assuredly have never been greenlit aside a new-to-screen concept in today’s narrow theatrical marketplace. Disney understandably cancelled the much-too-expensive Mouse Guard, which would have played in a fascinating new digital sandbox as well, following the Fox merger. That ironically puts more pressure on the steady stream of retreads to take us to places we’ve never been before.

Cameron got his first big break when he impressed famed B-movie director Roger Corman with his production design skills (he made a spaceship that looked like a boob. Seriously). It’s fair to wonder if other up-and-comers will be given the same opportunity for innovation in an industry that now almost exclusively relies on recycling.

Remakes are a fact of life in Hollywood and just because they are reimaginings of previous stories does not mean they are inherently lesser. The Magnificent Seven (1960), Invasion of the Body Snatchers (1978), Scarface (1983), The Departed (2006)—these are all great movies that just so happen to be remakes. But this Lion King doesn’t necessarily improve on the original’s core story nor does it further illuminate its potent themes. It recreates them to great effect, but it’s not as if the 1994 original is so archaic that it needs a splashy introduction to a new generation. It isn’t too far removed to be impenetrable to modern kids in the same way other classics of yesteryear can be (try getting an 11-year-old to watch Singing in the Rain, I dare you).

At one point, a character tells Simba that he “can’t escape his destiny,” a powerful statement that informs much of his decision-making for the remainder of the film. But what is cinema’s destiny in this tumultuous time? If we’re bound to push the medium to new heights, but only in the form of Star Wars: Episode 17 and The Lion King: 2055, what will we be closing ourselves off to? Progress is meant to come in many forms. 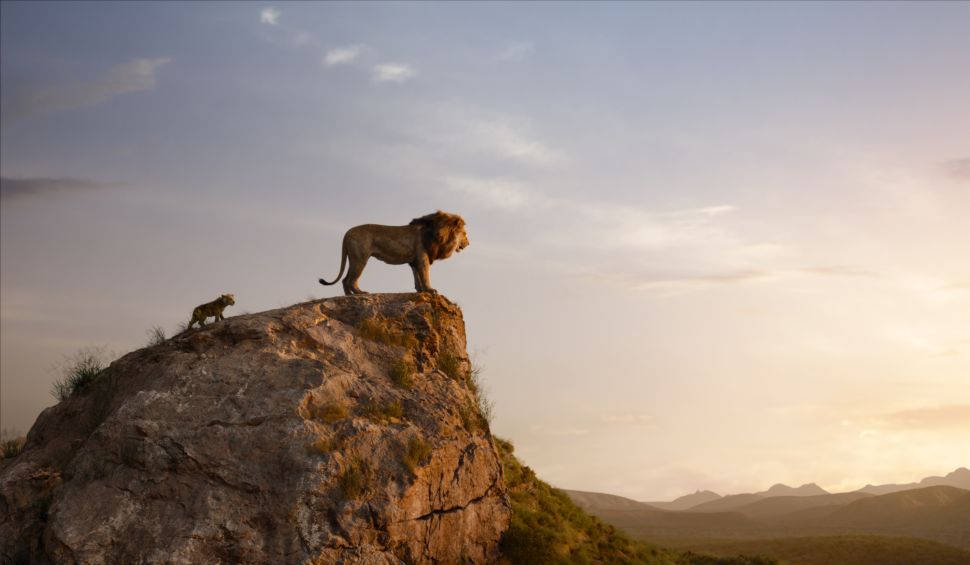