Twice a month, the famed Coolidge Corner Theater in Boston screens classic movies on their big screen. Last summer, I went to one of these screenings. The theater was jam-packed half an hour before show time and there was an infectious buzz around the place. A cursory glance around the theater told me that the average age in there was between 30 and 35. I really shouldn’t have been surprised; that’s the sort of effect The Lion King has had on people.

It had been an easy decade between the last time I had seen the movie, but soon enough I was singing along (rather loudly) with Timon and Pumbaa to “Hakuna Matata.” So was my twenty-year-old friend next to me. And so was the 50-year-old man with the flowing beard next to her. And, herein lies the challenge for the upcoming Lion King, a photorealistic animated version with John Favreau at the helm, which hits theaters on July 19. Not only does it need to win over a whole new generation, it also needs to appease its original fans, whose memories of falling in love with the story as children or as parents to young kids make them fiercely loyal to the original telling.

SEE ALSO:‘The Lion King’ Expected to Roar Into the Box Office, but Will It Break Records?

But Pride Rock is only one stop on the Nostalgia Express that’s hitting theaters this summer. Of all the remakes and sequels of beloved childhood properties we’ve seen, Toy Story 4 has been the clear frontrunner, with record franchise box office numbers of $118 million in its opening weekend. The fourth installment provided us with the closure we didn’t realize that we needed. It magically interwove nostalgia through the Woody-Bo Peep romantic plotline while introducing new narratives and characters like Duke Caboom and Forky. Aladdin and MIB: International meanwhile, got caught somewhere between capturing the magic of the past and resonating with today’s more forward-thinking audience.

Although Aladdin didn’t garner the best reviews, it has been a commercial success, crossing the $500 million mark worldwide. If these three movies were put on a scale based on success and production approach, you’d have MIB: International on one end, Toy Story 4 on the other and Aladdin sort of dangling in the middle. But if Lion King doesn’t land on the very pinnacle of perfection, many are primed to consider this venture a total failure. Why? Because the more beloved the property, the harder it is to appease those who made it legendary.

The trailers and teasers that have been released have divided opinion so far, the chief lament being that it looks too realistic and quite frankly, weird. There’s no denying that the visuals are stunning, but it seems more Nat-Geo than Disney. The fantastical aspect in these short snippets seems amiss—Simba isn’t cute, Pride Rock doesn’t seem paradisiacal and Pumbaa looks more of an ugly pig than a lovable baboon. The hashtag #notmyScar has been trending on Twitter, with fans unable to get behind a Scar that seems more malnourished than evil—or maybe just not what they were used to.

Yes, we loved the visual spectacle that Lion King was, but what made it a classic was that it was heartwarming and relatable. We cried when Mufasa died (spoiler alert), swooned with Nala and Simba and laughed along with Timon and Pumbaa’s antics. Director Jon Favreau spoke to TechCrunch about how he felt an animated remake in the same style would be something no one would want to see, but perhaps his efforts in the opposite direction have gone a step too far.

One thing no one can complain about is the power packed cast of the movie, featuring the likes of Donald Glover, Beyoncé, John Oliver, Seth Rogen and Eric Andre. The film already has the second highest pre-booking after Avengers: Endgame; Lion King is expected to debut at $180 to $200 million over the July 19th weekend, per Box Office Magazine.

So while it may be a hard sell to get a legion of fans to fall for this as they did the original, for studios, the strategy of playing on nostalgia may be a sure bet for another reason—a certain number preexisting fans are basically guaranteed to buy tickets whether it’s good, or simply to pass judgment on how the property has been destroyed. Back in 1994, a young kid clung on to his father’s hand when Simba got caught in the stampede. 25 years later, he’s going to return to Pride Rock with his young one next to him. It’s the Circle of Life. 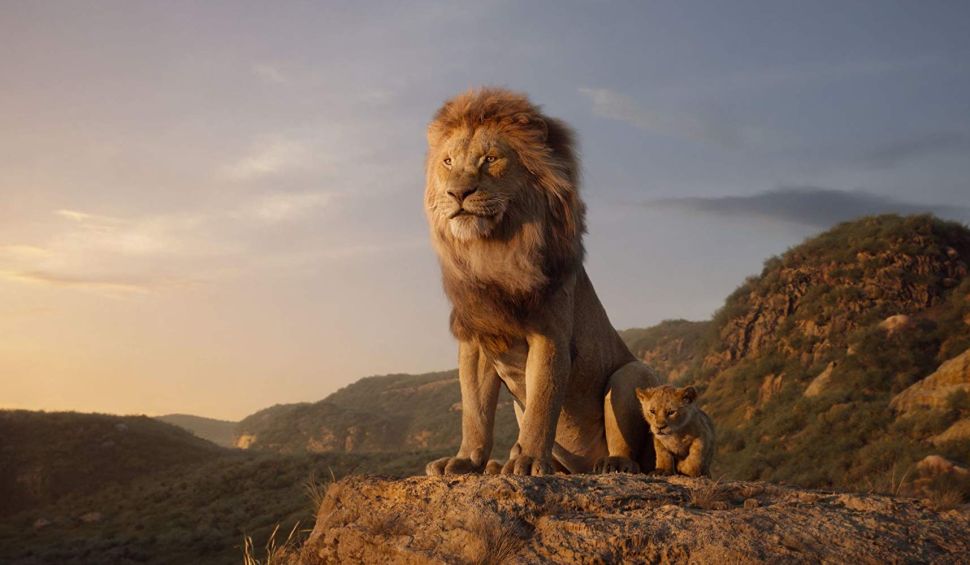