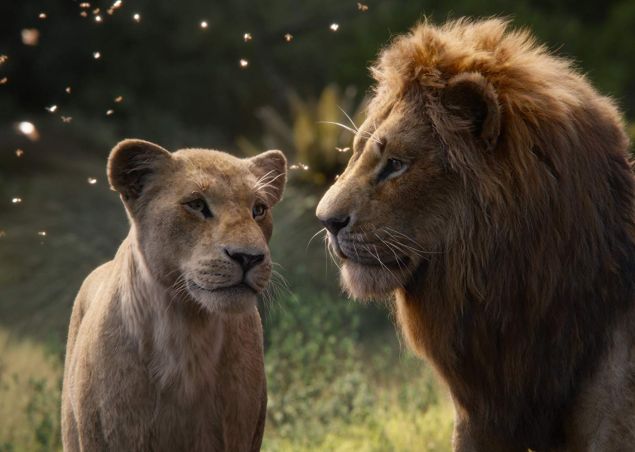 Several years after being pushed out of his pride by his conniving uncle, Simba returns a full-grown lion, only to find the once plush territory that had been ruled by his father and promised to him now sallow, barren and over-hunted. Or as Timon, his meerkat buddy, says about the decor, “It’s a bit heavy on the carcass.”

I remember the line because it was among the very few in the movie that made me laugh. (The packed theater guffawed quite a bit more than I did, though the 9-year-old I saw it with never so much as cracked a smile.) It also provided the perfect word to describe why Disney’s latest attempt to transpose their hand-drawn animated classics into photorealistic CGI spectacles was hitting so many false notes for me, even while it seemed to meet the expectations of the audience: carcass.

Zombie-like also might have worked, or ghostly; hollow, perhaps. Let’s just say, for all its technical accomplishments, it’s hard to look into the computer-generated eye of this soon-to-be box office behemoth and catch a glimpse of anything resembling a soul.

SEE ALSO: ‘The Lion King’ Expected to Roar Into the Box Office, but Will It Break Records?

It’s easy to fault the concept behind the film for this vacuousness; it treats the canonical 1994 film as a storyboard for telling the same story—as if it were one of those anthropomorphic True-Life Adventure nature documentaries Disney won plenty of Oscars for back in the 1950s. While sometimes ethically challenged, those films at least bristled with wonder and danger; this movie—crafted inside stacks of servers in an air-conditioned CGI rendering farm and never touched by human hands—is less elk hunt and more last week’s dinner warmed over in the microwave.

The best of what The Lion King offers is a somewhat technically up-to-date and generally well-voiced reworking of the familiar, but nothing surprising or vital. There is certainly nothing in the least bit urgent about director Jon Favreau’s new telling.

Instead, the film appears to exist for two reasons: the market demands it and the computers are generally up to task. Neither answer satisfyingly addresses the question that will niggle at the back of your mind while watching the film, distracting you just as assuredly as the guy checking his texts a few seats over: why is this necessary?

Well, to the film’s credit, it is a good platform for the actors, who lend their voices only. (Because Favreau felt it would undermine the photorealism he was shooting for, the film eschews the sort of motion capture that helped make the most recent Planet of the Apes series so oddly compelling.)

Once his overly cutesy cubhood mercifully concludes, Simba becomes a suave hipster thanks to Donald Glover’s laid back vocals and excellent singing. Chiwetel Ejiofor adds Shakespearian depth to the usurper Scar, though one wishes he had more scenes in which he could face off with Mufasa, voiced once again by James Earl Jones. As Timon and Pumbaa, Billy Eichner and Seth Rogen’s comic riffing provides the otherwise tightly controlled film some much needed looseness. (The other comic pairing—Eric Andre and Keegan-Michael Key as a couple of hyenas in Scar’s employ—is less memorable.)

Then there are the craft aspects. Hans Zimmer revisits his Oscar-winning score with great success. The songs, most familiar but some new (including Beyoncé’s “Spirit”) are all solid, but none of them are helped by the fact that they are sung by photorealistic animals.

While Favreau had the wisdom to hire cinematographer Caleb Deschanel, the legendary DP from Carol Ballard’s animal-focused films Black Stallion (1979) and Fly Away Home (1996) is unable to manipulate light for emotional effect inside the computer the way he can in real life. Much of the proceedings feel as though they were lit by office building fluorescents.

But a lack of poignancy is The Lion King‘s issue more generally. It goes hand in hand with the film’s missing sense of risk and a creative spark.

These emotional and creative absences are made all the more pronounced because the 1994 film has already been the inspiration behind a singularly buoyant and innovative theatrical experience in Julie Taymor’s long-running Broadway musical. Though Taymor’s name appears in the credits as an executive producer, the film seems to come from a universe in which her wonderful stage show never existed.

Instead of forward reaching like that show, this Lion King is retrograde—a cinematic expression of the kind of toxic nostalgia that has infiltrated our national discourse. Robbed of genuine feeling and a sense of invention, the story becomes a rather bland exploration of hereditary politics in the savanna.

I found myself wishing that neither Simba nor Scar ruled the pride land and instead allowed the other animals to put it to a vote. At least that might have produced some surprises.

Update: An earlier version of this article misidentified the character voiced by James Earl Jones as Mustafa. It has been corrected. 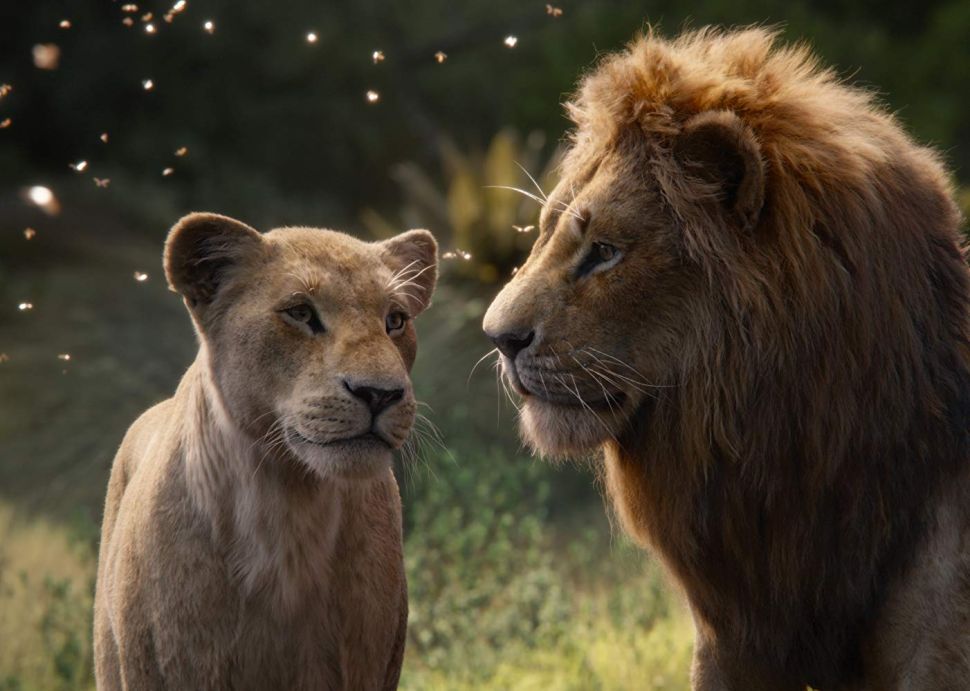