Early on in Jennifer Kent’s sophomore feature, set in 1825 during the colonization of Australia, the lead character, Clare (Aisling Franciosi), walks the road away from the small hut she shares with her husband while toting her baby girl in a sling and holding an unsheathed knife at her side.

Given the period and circumstance—Clare is an Irish convict living in the penal colony of Van Diemen’s Land (now Tasmania)—the knife is a sensible precaution. It’s also an instantly recognizable one; this is the 19th century equivalent of walking at night with your cellphone out, the “9” and “1” already punched into the dial pad, your thumb hovering over the last “1.”

SEE ALSO: In ‘David Crosby: Remember My Name,’ a Music Icon Reckons With the Bridges He Burned

When violence does befall Clare and her family, it is far more devastating than anything she could possibly have imagined. It’s also as shocking and difficult to watch as any I have seen in a lifetime of watching violent movies.

But unlike way too much of the cinematic brutality we have all observed over the years, the horrific violence staged by Kent is not exploitative or gratuitous. She certainly has no interest in providing the male members of the audience vicarious macho thrills. (Judging from the Venice Film Festival journalist who reportedly yelled a misogynistic obscenity during the closing credits, it only served to make them uncomfortable.)

Instead, Kent’s remarkably ambitious and sadly necessary follow-up to her game-changing 2014 horror film The Babadook shows sexual and racial violence to be exactly what they are: the most efficient means for those in power to stay in that position. In doing so, Kent provides the ultimate response to and corrective for every colonization myth we have ever been force fed, whether by grade school textbooks or widescreen Westerns.

It’s a lot to try to pull off, requiring a commanding control of almost every tool in a filmmaker’s toolbox. From the razor-sharp and period-appropriate dialogue to the emotionally modulated performances she coaxes from nearly every member of her talented cast, Kent shows herself be more than up to the task.

She makes consistently bold choices—from shooting in a condensed and claustrophobic Academy ratio to creating a soundscape that blurs the terrors of the wilderness with those that exist solely within Clare’s mind. But Kent is never showy; her choices are always in service to the story and her tormented characters, rather than an act of filmmaking bravura.

Plotwise, the film is a reworking of the kind of revenge/chase story we’ve seen in films like True Grit and Clint Eastwood’s The Unforgiven, as Clare tromps through the forest primeval to hunt down the officers who raped her and wiped out her family. She is aided in the perilous journey by her horse Becky and, more significantly, by Billy (Baykali Ganambarr), an Aboriginal man who associates Clare with the white devils who have brought forth the genocide he has witnessed firsthand.

Like the film itself, their relationship is a slow build, gradually shifting from mutual distrust and resentment to a bond based on shared agony and constant terror. Franciosi, an Irish-Italian actor who played Lyanna Stark in two episodes in the sixth and seventh seasons of Game of Thrones, and Ganambarr, a professional dancer making his screen debut, both manage to imbue their characters with emotional fragility and unfathomable strength.

A veteran of the Hunger Games films, Sam Claflin is terrifying as Hawkins, the lieutenant who is infatuated with Clare’s beauty but has complete disregard for her humanity. It is only after he suffers professional humiliation that he destroys everything she holds dear—including her dignity—and does so with absolute indifference. While his methods are extreme, the dynamic is utterly familiar.

Revenge doesn’t simply drive the story; The Nightingale is a philosophical rumination on the subject.

Just because Clare carries a knife, doesn’t mean she can deal with the ramifications of plunging it through a man’s chest. She becomes almost as haunted by the violence she is attempting to inflict as the kind to which she is a victim. While Kent is not the kind of director who provides easy answers, she is clearly advocating for dismantling the systems that allow for people like Lieutenant Hawkins to exist rather than retribution towards the man himself.

Though it almost never drags, The Nightingale is long. And the film is as unforgivingly direct in its presentation as it is unrelenting in its convictions. This is cinema at its most challenging and vital, an expertly crafted exploration of the origins of the systemic terror that informs everything from our government to our walk home after work from the subway.

Nothing it has to show us is easy to see, which is precisely why we should bear witness. 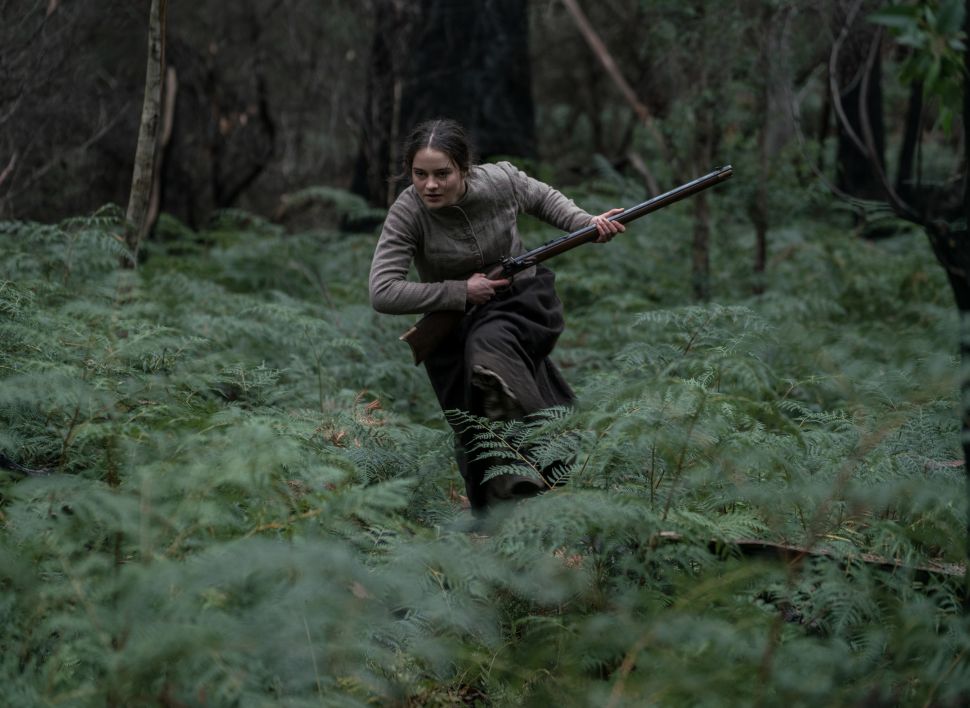