Brazen, non-blinking con woman Elizabeth Holmes is set to go to trial next summer for her leading role in the Theranos scandal. As you may recall, Theranos was the blood-testing startup that was once valued at $9 billion; now, the former darling of Silicon Valley is finally facing fraud charges.

Clad in a black turtleneck, Holmes was heralded as the next Steve Jobs, rooms full of people would hang on to her every vapid word. In a classic Silicon Valley, “fake it until you make it” style, Holmes, as it turned out, was pulling a three-card monte scam on investors, doctors and the general public. It was a classic case of the emperor’s new tech startup clothes—in which hundreds of millions of dollars were thrown at Holmes and her company Theranos. And no one initially wanted to call its bluff.

SEE ALSO: Let’s Keep Our Obsession With Theranos in Perspective

U.S. District Judge Edward Davila announced last week that the trial against Holmes and Theranos COO Sunny Balwani will begin with jury selection on July 28, 2020 in a San Jose federal court. The case will center around the company’s fraud against investors, doctors and patients, with both Holmes and Balwani facing nine counts of wire fraud and two counts of conspiracy to commit wire fraud each.

Will Holmes follow in the footsteps of another infamous scammer of this era, founder of the Fyre Festival Billy McFarland, who is now serving a five-year sentence for scamming investors out of $27.4 million for his nightmare version of a music festival?

Deep down, we all sort of know that Holmes won’t spend a day in prison. It’s a story of status, white privilege and a well-connected family. She’s bound to have better lawyers than O.J. Simpson. We also have a president in the White House who conned his way into office the same way that Theranos conned investors into believing that Holmes was the next Steve Jobs.

Holmes and Trump are two prime examples of the “fake it until you make it“ mentality of this era.

Stanford dropout Holmes raised initial funding for Theranos by leveraging her family connections. Her father, Christian Rasmus Holmes IV, was a vice president at Enron, and she used his connections and clout to get in front of a very powerful VC. By the end of 2004, Holmes had raised nearly $6 million; the first two investors were her father’s friend and her former neighbor.

These same connections could keep her out of prison—or, at the very least, she could end up in Martha Stewart jail, doing a token six-month sentence.

Or, maybe Holmes’ fate will be that of her father’s company, Enron? It’s in the family genes—like father like daughter—when it comes to associations with scandalized companies. To know the past is to know the future.

Enron, the energy trader and supplier, was another company that soared to dazzling heights and had a spectacular free fall. Back in the ’90s, Fortune named Enron “America’s Most Innovative Company” for six consecutive years.

Here’s where it all went wrong for Enron, and let me know if any of this scenario sounds familiar. According to Investopedia:

The result was several of Enron’s executives were charged with conspiracy, insider trading and securities fraud. CEO Kenneth Lay was convicted on six counts of fraud and conspiracy and four counts of bank fraud; although, he ended up having a severe heart attack and dying prior to sentencing, which kept him out of prison.

In the end, Enron shareholders lost $74 billion over four years. In turn, the Enron case resulted in increased regulation to prevent such a high-magnitude corporate fraud scandal from occurring again.

Will the 2020 Theranos fraud case do the same for the startup world? And will Elizabeth Holmes reinvent herself as we buy a ticket to Fyre Fest II? 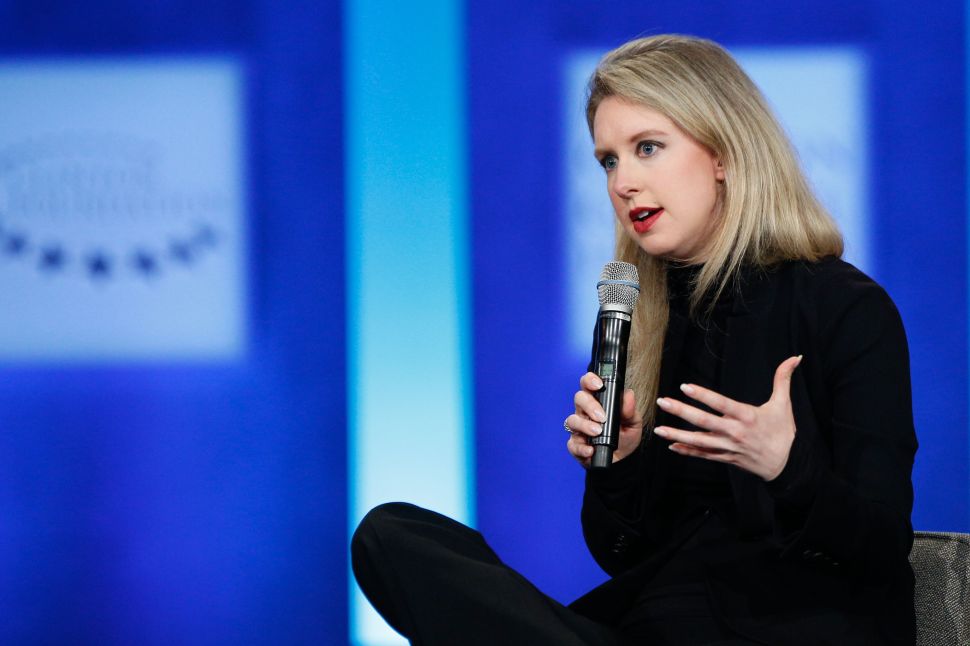