On June 20, The Atlantic published an instantly viral article that revealed an aspiring influencer’s pitch document for her own “surprise” engagement. The PDF document presented brands the advance opportunity to sponsor her three-day-long proposal, which later unfurled in her Instagram stories, as she expressed shock (her now-fiancé later claimed he’d been behind the marketing document).

The account in question, @fashionambitionist, looks like thousands of Instagram accounts you’ve seen: saturated filters, photos of the user, Marissa Fuchs, on seemingly endless beach vacations, posing with dewy skin and flouncy floral dresses, doing that thing where she looks a little bit down and to the side, almost like it’s candid. But it’s not. Like her engagement, every aspect of her photos is planned, curated, and then perfected with Photoshop.

As someone who has been on the photo-sharing app since 2013, when shots of latte art felt like the height of the medium’s potential, I’ve witnessed the flood of Instagram feeds like Fuchs’ that swarmed the app in the last six years, setting lifestyle standards that are impossible to live up to and churning out inauthentic content that leaves followers exhausted and stressed, wondering why their skin isn’t dewy or why their boyfriend didn’t propose to them from a Paris chateau. It’s only natural, then, that this over-curation created an opening that, as The Verge reported, Chinese startup ByteDance happily dove into with TikTok, a social media response to the try-hard aesthetic of Instagram, one where authenticity has been able to find a home.

On TikTok, a video app launched in 2017 that recently hit a billion downloads, you’re likely to see a 15-second, music propelled video made by a teen in sweatpants trying to learn a trending dance. Or even firefighters goofing off, hopefully making their video in their downtime. The app’s main feed, the For You Page, compared to the Influencer-heavy Instagram Explore Page, has tweaked the aesthetic expectations of social media. It’s a Wild West, where different classes, races, genders and sexual orientations can gain notoriety and likes regardless of appearance or follower-counts.

The stars of TikTok stand out aesthetically and tonally from the plastic-smiled, brand-sponsored stars of Instagram. One TikTok user, who goes by the handle @queen.is.back.1—her second account, so named likely because she’s referred in comment sections as the “queen of TikTok”—has ended up repeatedly on the For You Page by posting videos of herself popping out of various hiding spots to the same song over and over again. Often, she’s in her McDonald’s-employee uniform, presumably on break or after a shift. The queen of TikTok always looks put together, but in every way possible she is the opposite of influencers like Marissa Fuchs. She has an identifiable, relatable job, one that doesn’t vaguely involve posting photos from the beach. And she looks like she’s genuinely having fun, using TikTok as an outlet from her daily grind. The result is an authenticity, goofy and unfiltered, and it has garnered her over 6 million likes and 423,500 followers.

The memes that trend on TikTok, and get users featured on the For You Page, also cater to a demographic tired of pseudo-celebrities pretending to have perfect lives. An audio that begins with the phrase “Middle-class check” has been recycled throughout the app with users showing components of their “middle-class” lives: average homes, cars, maybe a sink filled with dirty dishes. People on the app have interpreted middle-class differently, some houses are bigger than others, but in almost all of the 8,000 videos featuring this audio, the user takes ownership of their life as it really is, rather than how they’d like it to appear.

This is not to say that TikTok has avoided the curated aesthetics of influencer-types altogether. Many users have crossed over from other platforms (Instagram, YouTube and TikTok’s first iteration, Musical.ly) and brought their substantial followings with them. But with TikTok’s “duets”—response videos that appear alongside the original content—users are able to directly confront the presence of their more Photoshopped peers, and the results are popular. So when someone like Sebastian Bails, a hyper-tanned YouTuber who plays pranks on friends, posts a TikTok video to his 6 million followers, it’s almost guaranteed that another user will “duet” with him. In the “duet” they might question the authenticity of the prank or apply a meme that highlights the ridiculousness of his over-processed look. Reaction videos like these don’t need to come from someone with a massive following in order to get traction, they find their way to the For You Page, and to tens of thousands of likes, by resonating with people baffled with the inauthenticity of creators like Bails.

Despite the app’s surge in popularity, TikTok still feels untamed and less like the brand marketplace that Instagram and YouTube have become. It also lacks the overbearing social component of apps like Facebook, where a mom or aunt’s prying eyes are always lurking. For the most part, people feel safe to be weird, messy and themselves on the app. In order to  maintain success, the app will have to thread the needle between producing revenue by expanding advertising (which they have already begun to do) and maintaining the app’s creative components—without turning into the brand-driven ecosystem that had users growing tired of its competitors in the first place. 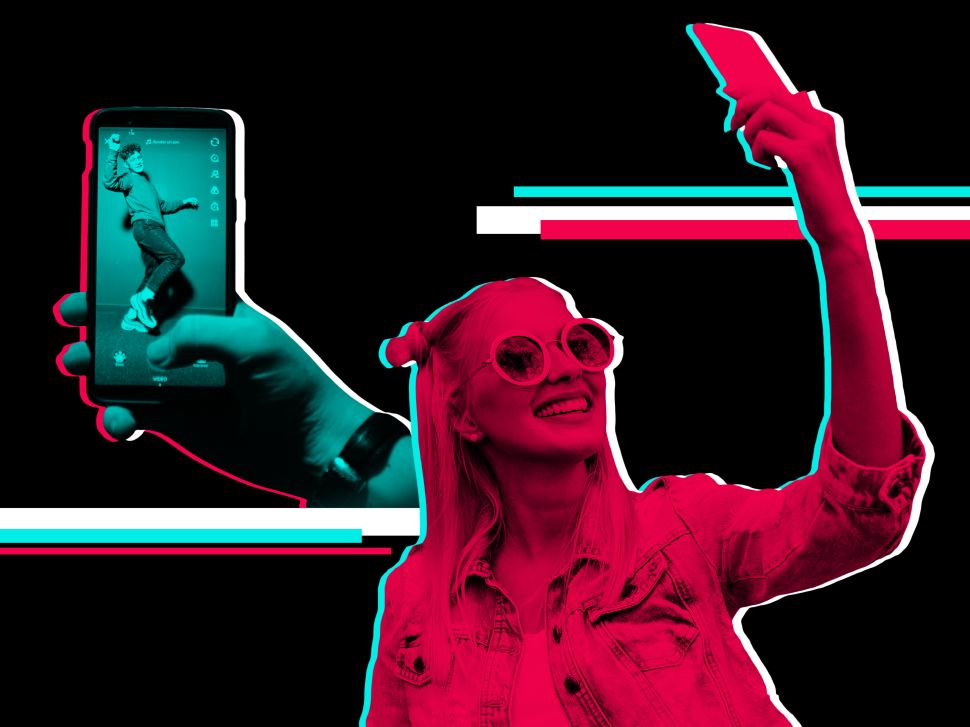