Tom Arrix has been building technology and communication brands for decades.

As head of marketing and sales at various corporations, Arrix witnessed the industry’s transition from the early days of the internet in the ’90s up to today’s all-digital strategy. Throughout his career, Arrix had stints at Turner Broadcasting, CBS Sports and Facebook, where he took on the vice president of global marketing solutions for North America role from 2006 to 2013. As the head of marketing during Facebook’s early days, the executive was responsible for leading the team that built what we’ve come to know as Facebook’s biggest source of revenue, changing the face of social media forever.

These days, the entrepreneur is using the experience he acquired during his time at Facebook to help develop the next generation of digital companies. We spoke to Arrix about marketing’s transformation during the age of the internet, building and scaling startups, and what it takes to manage teams of employees, whether large or small.

Your background indicates a focus on leading marketing and sales divisions at large corporations. Most prominently, you spent almost a decade at Facebook where you led the marketing and sales divisions. But in recent years, you’ve switched over to focus on running startups that cater to more niche consumers. Tell us about this career shift?
My background is rooted in helping large companies, like Turner Broadcasting, CBS and Univision, develop marketing strategies and the business models around them. At the time when I started at Facebook, it was still a very young company, with seven million users and mostly a college and high school user base. But it was growing at an incredible pace. During my time there, I had the opportunity to lead and build a team that would eventually help transform how people and brands connected. The most special part of my experience was the focus on and importance of the people we had and the people we hired. Our culture was rooted with life’s pillars of humility, trust and openness. Overseeing this evolution of growth has had such an impact on how I think about building a collaborative team no matter what size, what business. We’re applying a ton of our learnings to how we think about :betr and what we need to do to carry out our mission. My focus and commitment is to make sure we bring in the most passionate group of people and leaders who want to make a difference and create a legacy.

Since leaving your post at Facebook, you’ve been busy branching out and starting your own companies, such as a digital platform aimed at Gen Z and even an organic dog food startup. Both seem very different than past products you’ve worked on. Tell us about your role at a startup versus being a corporate executive.
The strategy we adhere to currently at :betr is actually similar to the one used for previous teams I’ve run at larger companies. At the end of the day, it’s all about the team and giving them the space and support so they can not only perform in their roles, but allowing them to grow as people and professionals.

Right now at :betr, we are still a small group of strategic, highly passionate teammates. However, whether it’s a small or a large team, managing a group of people means everyone coming in every day to build something they’re passionate about. A sense of why we do what we do is so important for each of us, and we’re creating that culture at :betr.

As previously mentioned, this year you’re launching :betr, a media company aimed at students and cultivating positivity among young communities. There’s definitely a contrast between the app’s mission and the rest of the internet’s atmosphere. What was the inspiration behind the platform? Was it a conscious choice to create this type of space for today’s youth, who’s currently growing up with more daily online turmoil than ever?
The inspiration for :betr came from being a father to four kids and seeing them grow up in today’s hyperactive, fast-paced world. What we’re aiming to accomplish at :betr is to provide young people and Gen Z (15- to 25-years-olds), with a positive content experience that they can’t find on a consistent basis today. Gen Z members are growing up online with technology as an extension of themselves and facing so many tough obstacles—from school stresses, social acceptance, social media, anxiety, nutritional concerns and sadly an increase of mental health issues. Our role is to change the narrative and have positivity be as prominent as any other element of their lives. We’re not trying to replace their use of social media by any means, but the idea is to give them a safe space to consume useful information that gives them hope, confidence and optimism in their lives. We have a lot of work ahead of us, but we can’t wait to get rolling.

Obviously today’s tense digital climate has all eyes on the tech industry and how it treats both users and employees. Can you give some insight into your leadership philosophy when it comes to these issues?
Today’s digital climate is impossible to ignore, and we’re aware of the ups and downs. My role is to empower, to be empathetic. We’re taking on something that needs addressing. We hope our culture will allow many others down the road to join our journey of unlocking development and wellness potential for these young people. As a leader, and all of us in the company are leaders, it really comes down to how you treat your employees and providing them with a great place to work, a great environment to reach their fullest potential. Externally, we want users of the platform to feel supported, know they are safe and understanding that this is their community to thrive in. 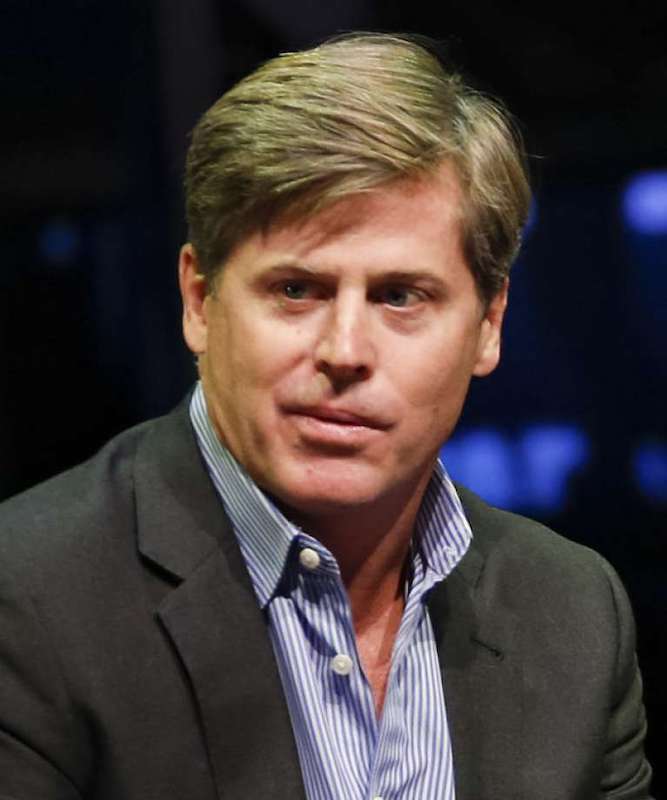