The Canadian athlete just scooped up a sleek Encino bachelor pad, and, as Us Weekly noted, it happens to be not too far away from Kardashian’s own mansion in the Kardashian-saturated enclave of Calabasas, where she resides with their daughter, True.

Happy birthday @khloekardashian You are the most beautiful human I have ever met inside and out. Thank you for being an amazing mommy to our princess True. She is blessed to have someone like you to look up to. I wish you nothing but more success and sending you positive blessing your way. Enjoy your day Koko ❤️

Thompson paid $6.5 million for the seven-bedroom, 7.5-bathroom abode, scoring a bit of a discount from the most recent $7.3 million listing price.

The 9,864-square-foot gated home features European oak floors throughout, with an overabundance of marble. For starters, there’s the entry hall with checked marble tile floors, and then the formal living room with a marble fireplace and access to a private patio.

The open eat-in kitchen is equipped with stainless steel appliances, white cabinetry and two large islands, as well as a full breakfast room. There’s also a media room and a glitzy walk-in wine cellar on the first floor.

A marble (of course) staircase leads up to the master suite, which is fitted with a marble (!) fireplace and more custom built-ins, as well as a wine cooler just in case Thompson can’t be bothered to go downstairs to the full wine room. There are two marble-bedecked master bathrooms, including one with a steam shower and freestanding soaking tub, plus dual walk-in closets.

Outside, there’s a marble patio and deck, a pool with a spa and an outdoor kitchen with a marble counter and bar counter. There’s also a fire pit with built-in seating.

In case there’s not enough room inside the mansion, there’s an additional 1,580-square-foot “pool house” with two bedrooms, a bathroom and a kitchenette.

Thompson and Kardashian’s most recent break up came after he cheated on her yet again, this time reportedly with Kardashian-Jenner pal Jordyn Woods, who has since moved out of Kylie Jenner’s mansion and into her own house.

Thompson’s new California abode won’t be a permanent move, though—he maintains a five-bedroom house in Cleveland, which he uses as his primary residence during the NBA season. 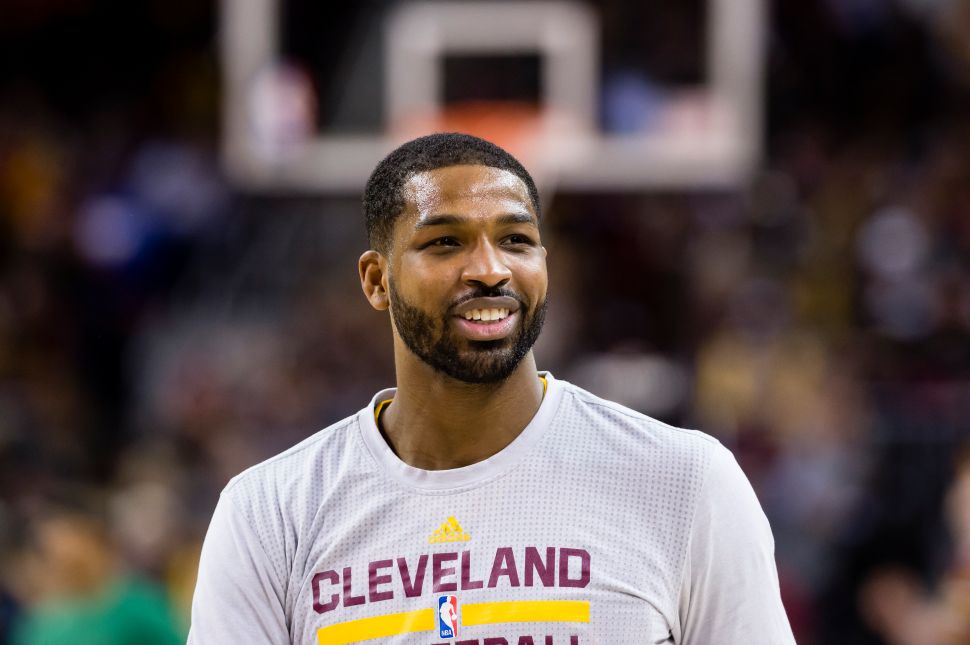