At first sight, it felt as though there was nothing but good news coming out of President Donald Trump’s meeting with Chinese President Xi Jinping at the G20 Summit in Japan over the weekend.

The two leaders have tentatively agreed on a trade truce, with the U.S. suspending new tariffs on $300 billion of Chinese imports and China buying more U.S. soybeans. China’s tech giant Huawei, which has been at the center of the trade war storm in recent months, also got a life line until August 19 to continue buying components and technology from U.S. suppliers.

The news was apparently good enough for investors. Stocks in both countries, especially those in the semiconductor sector (because of the Huawei reprieve), soared on Monday.

But upon closer inspection, no real changes have been made: Huawei is still on the Commerce Department’s national security “blacklist,” and tariffs are merely back to where they were before Trump’s seemingly impromptu new threats; but most importantly, there’s still no deal.

“A ‘truce’ is an overstatement,” Anders Corr, the founder of Corr Analytics Inc., an advisory specializing in international political risk analysis, told Observer. “Past tariffs on both sides remain in effect. There are no solid commitments by any Chinese officials to increase agricultural imports from the U.S. The U.S. Commerce Department has not specified exactly how much it will relax U.S. sales to Huawei.”

So, what’s Trump’s next move regarding China? Those who care about global economic prosperity and mutual interests certainly hope the trade cease-fire can last as long as possible. But based on the president’s track record, you simply never know.

At the last G20 Summit in Buenos Aires six months ago, Trump and Xi agreed on a very similar trade truce that lasted only three months. Then, a new round of tariff battles and tech sanctions began in April based on Trump’s decision to slap new tariffs on $50 billion of Chinese goods.

The chance for that bit of history to repeat itself is high, warned Deborah Elms, executive director at Singapore-based consultancy Asian Trade Centre.

In a CNBC interview on Monday, Elms said the U.S. is close to completing a domestic process to allow Washington to impose new tariffs on Chinese products. “Once that’s done, at any moment Trump—should he decide that he’s irritated—could impose tariffs again on China.”

“Whatever agreement was made at the G20 seems to be less than the 90-day cease-fire because there is not even a time commitment,” Corr said.

For the near term, the 2020 presidential election may seem like a heavy enough counterweight to keep Trump from picking another fight with China’s soybean buyers anytime soon. “Considering next year is an election year and considering that farm counties went from red to blue in the mid-terms, giving the House of Representatives to an angry bunch of Trump-hating Democrats, it might be better to keep farm states in the president’s corner,” wrote Forbes columnist Kenneth Rapoza on Monday. “It’s a trade-off gamble Trump seems willing to take.”

That said, “he is known to change his mind. So no one should think any of this is written in stone,” Rapoza cautioned. 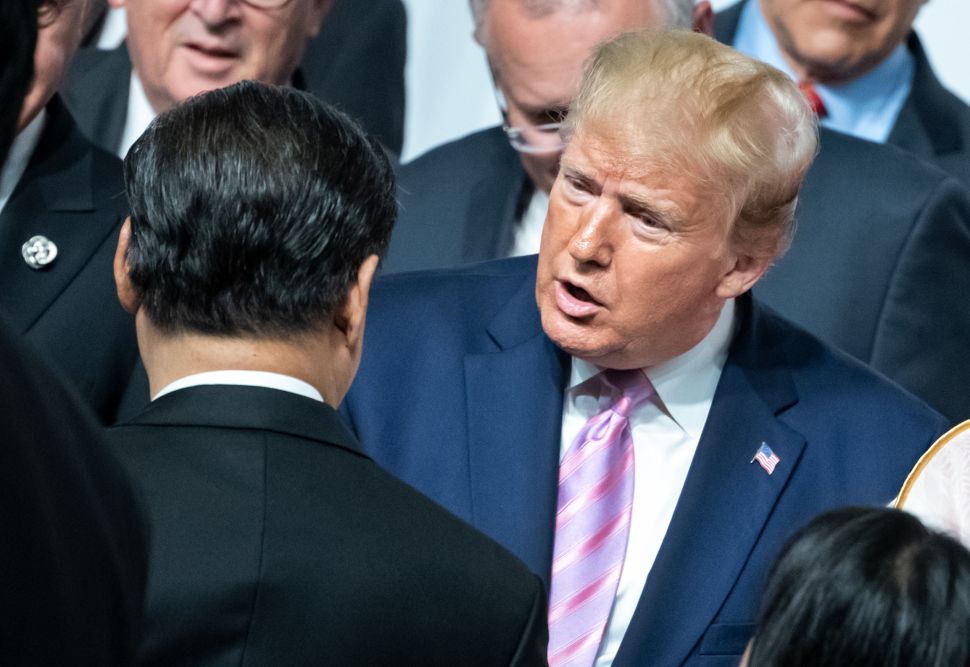