Uber Eats has added yet another way for customers to pay for their meals and eat them too.

The food-ordering app, which has seen tremendous growth in the past year, has a new “Dine-In” option, according to Tech Crunch, which tested the service. The idea is to have users place an order  at a restaurant—more upscale than the fast food typically offered on the app—and then, head over to eat in. From the sound of it, Dine-In is basically a hybrid, combining a restaurant reservation app, like OpenTable, and standard prepay food delivery apps like Seamless.

SEE ALSO: Ready to Have Your Dinner Delivered by Drones?

While Uber hasn’t officially launched the feature, it’s currently being tested in several cities, including Austin, Dallas, Tucson, Phoenix and San Diego. Unlike the standard Uber Eats delivery service, which comes with fluctuating delivery fees, Dine-In doesn’t tack on any fees, and any tips left are kept by the restaurants’ staffs.

The Dine-In beta program has been confirmed by Uber Eats with the statement, “We’re always thinking about new ways to enhance the Eats experience.”

The Dine-In option is yet another strategy the company is using to cover ground within the burgeoning food delivery scene. By allowing restaurants to participate in its program without the hassle of service fees, Eats stands to attract a more diverse group of eateries, including those in the fast casual category.

The Uber subsidiary is also currently testing dystopian drone delivery through its Elevate program. As previously mentioned, Uber Eats is scaling at an exponential rate, bringing in a revenue of $3.07 billion in the first quarter of 2019. “What’s convinced me on drone delivery is to see how Uber Eats has grown,” Eric Allison, head of Uber Elevate, told Bloomberg in June. “Our customers want selection, quality and ­efficiency—all areas that improve with drone delivery.”

Uber Eats is also part of its parent company’s growing rewards program, in which users earn Uber Cash the more they use the app’s services. Yet another incentive for customers to choose the app while “reserving” a Dine-In order.

With Dine-In still in its testing phase, it’s unclear when Uber Eats plans to launch the option nationally. 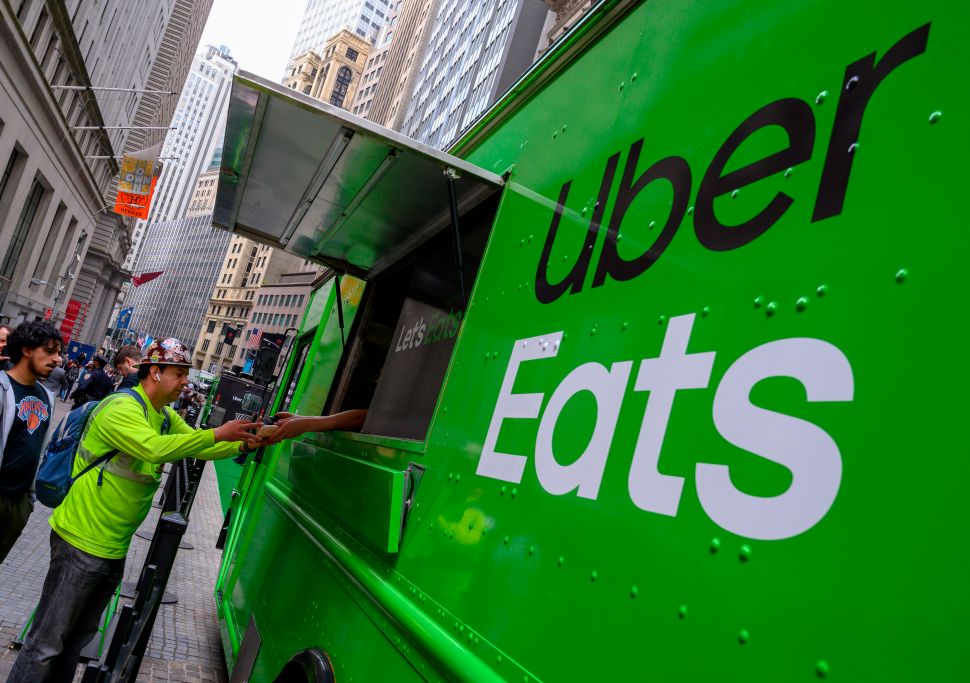