Every summer, investing legend Warren Buffett hosts a charity lunch for whoever manages to win the opportunity on eBay. For the past 18 years since the beginning of this annual tradition, most of Buffett’s lunch guests have chosen to keep it a low-profile event and their names private. But not this year.

Last month, after the “2019 Warren Buffett Power Lunch” sold for a record $4.6 million, a little-known 28-year-old Chinese entrepreneur named Justin Sun (Sun Yuchen) came forward with a giant banner featuring Buffett and himself on Twitter and broadcasted to his one million followers that he was the winner of this year’s Buffett lunch. The young businessman also took an unusual step and changed the lunch venue from Buffett’s favorite steakhouse in New York to San Francisco, where his current company is headquartered.

SEE ALSO: Warren Buffett Was Scammed Out of $340 Million in a Ponzi Scheme

Questions quickly surfaced about who Sun is and how he managed to afford a $4.6 million lunch at just 28. As Observer reported at the time, per his official resume, Sun is the founder of cryptocurrency Tron (in 2017) and the CEO of a file-sharing software company called BitTorrent, which he took ownership of through an acquisition last year. Before Tron, he had a successful social networking business in China called Callme (Peiwo), which supposedly gave him his first bucket of gold to enter the crypto world.

His resume appeared plausible at first sight, but questions over Sun’s legitimacy emerged this week after he abruptly canceled the lunch with Buffett, putting himself in the spotlight once again, while a bombshell report from Chinese media accused him of illegal fundraising, money laundering and sex trafficking, among other crimes.

Per the original plan, Sun and Buffett were to have their big lunch this Thursday along with a few of Sun’s friends at a three-star Michelin restaurant in San Francisco. But on Tuesday, Sun said he had to postpone the lunch because he was hospitalized due to an emergency kidney stone condition.

The same day, Chinese news site 21st Century Business Herald published an article about the legal chaos behind Sun’s various business dealings and suggested that he was prohibited by law enforcement officials from leaving China at the moment.

Specifically, the article alleged that Sun’s social networking app Callme was under a government probe for profiting from selling pornographic content and facilitating prostitution, both of which are illegal in China. In fact, Callme had come up on regulators’ radar back in June 2018, when Chinese state news agency Xinhua called out the company for streaming borderline pornographic content. The app has since been taken down from public app stores, but 21st Century said it’s still available for download via private links.

The news site also pointed to heated controversy around Sun’s crypto ventures, citing several reputable Chinese investors, including China’s “Bitcoin Whale” Li Xiaolai, who had dismissed Sun as “an outright fraud” and “the Theranos of China.”

In August 2017, Sun raised $58 million in an initial coin offering (ICO) in China through the issuance of Tron, which some critics called an “air coin,” referring to its lack of technical foundation and real value. A month later, the Chinese government issued an order to ban all types of ICOs and demanded firms that had recently completed an ICO to refund investors.

Sun did refund some of the money he had raised. But by then, Tron’s paper worth was already on a rocket surge as it was trading on several overseas exchanges. Several months later, Sun acquired BitTorrent for a whopping $140 million. It was widely believed that the money mainly came from Sun’s cryptocurrency trading during the Bitcoin boom in late 2017.

Graduating from China’s top institution, Peking University, in 2011 with a history degree and later obtaining a master’s degree from the University of Pennsylvania, Sun has a natural knack for building a media persona and courting power players out of his league. On social media, Sun has branded himself as a protégé of Alibaba founder Jack Ma; the youngest graduate from China’s “billionaire club” business school, Hupan University; and, of course, a soon-to-be bestie with Warren Buffett.

Bad publicity has been valuable for Sun, too. On Chinese microblogging site Weibo, Sun has picked fights with such Chinese business heavyweights as search engine Sogou founder Wang Xiaochuan and Wang Sicong, the son of China’s wealthiest man, Wan Jianlin.

In a pair of Weibo posts late Tuesday, Sun denied all accusations in the 21st Century article. He later posted a video on Twitter showing himself in what appeared to be a San Francisco building, challenging the newspaper’s claim that he was restricted to China. 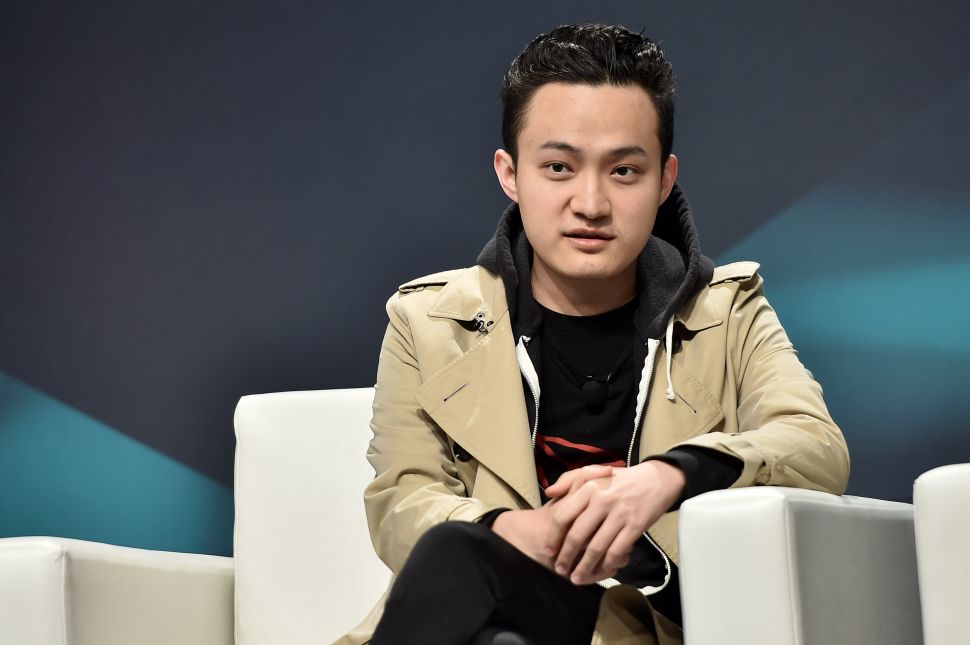